The wet weather on Saturday has given the teams more strategic options for the Russian Grand Prix. RacingNews365.com takes a look. 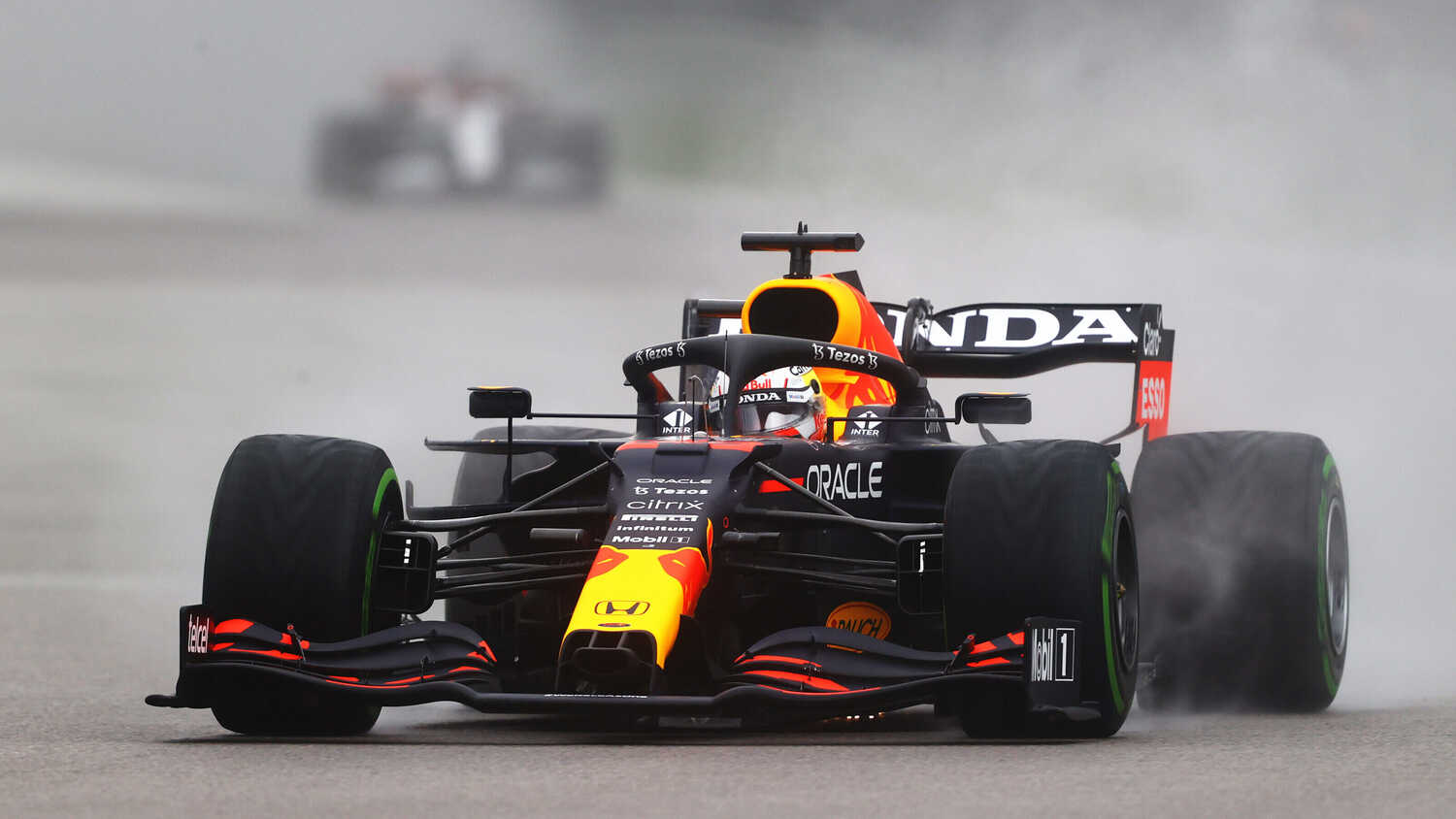 The Russian Grand Prix has often been a cagey affair, but today's race has all of the ingredients to be a potential classic.

A drying track in qualifying at the Sochi Autodrom has created a mixed-up order with Lando Norris starting from pole position and Carlos Sainz joining him on the front row.

Mercedes' 2022 driver pairing of George Russell and Lewis Hamilton are together on the second row, whilst Valtteri Bottas and Max Verstappen will be starting the race from 16th and 20th on the grid due to excessive usage of power unit elements.

The start could be decisive

Pole position hasn't always been a great place to start in Sochi due to the long run down to the first braking zone at Turn 2.

The driver in third place, if they get a good start, can tuck into a big slipstream and potentially take the lead if they are brave on the brakes, which is why Mercedes Team Principal Toto Wolff said he "wouldn't be surprised if George Russell leads on the opening lap".

In the Formula 2 race on Sunday morning, the second and fourth place drivers had poor starts, which doesn't bode well for Sainz and Hamilton.

At the back of the grid, it will be fascinating to see how aggressive championship leader Verstappen is and whether he will take any risks to gain multiple places, including getting by Bottas.

Verstappen's race could be dictated by how quickly, if he can, get past Bottas, and whether there are any incidents he can take advantage of. 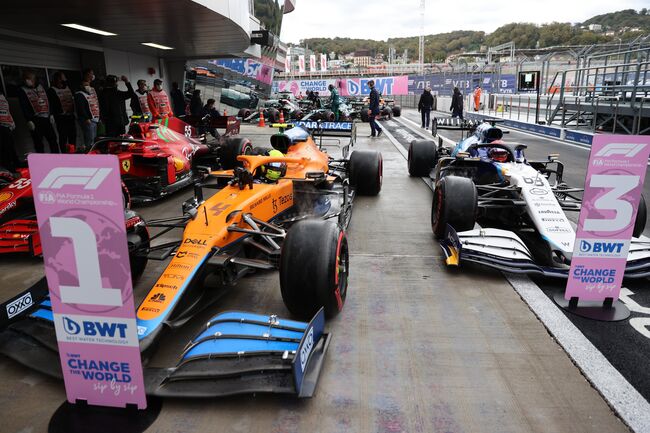 One-stop is the way to go

The smooth surface and short-radius turns in Sochi mean tyre degradation is very low. Previous Russian GPs have seen a simple one-stop strategy for most of the field and that's no different today.

There will be free tyre choice due to the drivers using the Intermediate tyre compound in Q2 on Saturday, so it will be intriguing to see if there is a split strategy as to which tyre to start on.

Pirelli think the Medium-Hard strategy is the fastest way to get to the chequered flag. At Monza, Mercedes were bold by starting Hamilton on the Hard tyre, which looked like it was going to pay off until he collided with Verstappen. Perhaps some teams have learned from that.

However, the cool conditions means getting tyre temperature into the Hard compound will be difficult on the opening lap, so the C4 Medium compound appears to be the best bet for the start.

Some drivers may want to be more aggressive by starting on the C5 Soft tyre to make up numerous places on the first lap.

This could work quite well in Sochi because the tyre wear is not high so a Soft-Hard strategy should work out too. The only problem here is you may be vulnerable to the undercut during the pit-stop phase.

A well-timed safety car or virtual safety car in the second half of the race has the potential to force the teams to consider a two-stop strategy. However, the chances of a safety car after the opening laps at Sochi are low.

"Conditions look set to be dry, meaning that teams will have to rely on the data accumulated on Friday, with one session less of running compared to usual," said Pirelli boss Mario Isola.

"All drivers will have a free choice of tyres at the start, which means that they should be able to run the optimal one-stop strategy.

"With some fast drivers starting from the back, who might try something different, plus a slightly different top three on the grid, it should be a very intriguing race."

Everyone will have plenty of new sets of tyres due to the wet weather during qualifying and the key pit lane loss time to look out for is 25 seconds, as long as your pit stop is a good one. Monza proved that pit stops can make and break your race. 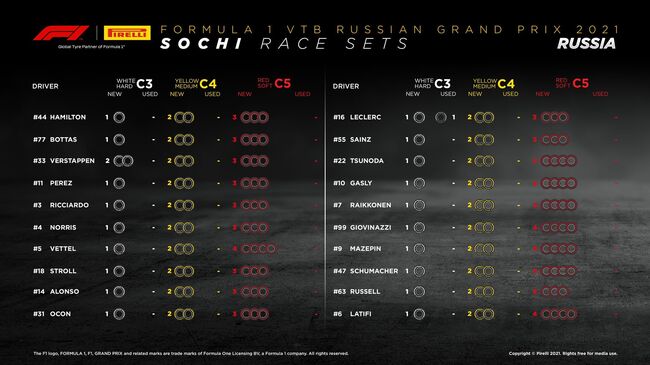