Video: The two Mercedes drivers collide at the Rome ePrix

Mercedes' race in Rome came to a disastrous end, with their two drivers colliding as they attempted to get past the slowing Audi of Lucas Di Grassi. 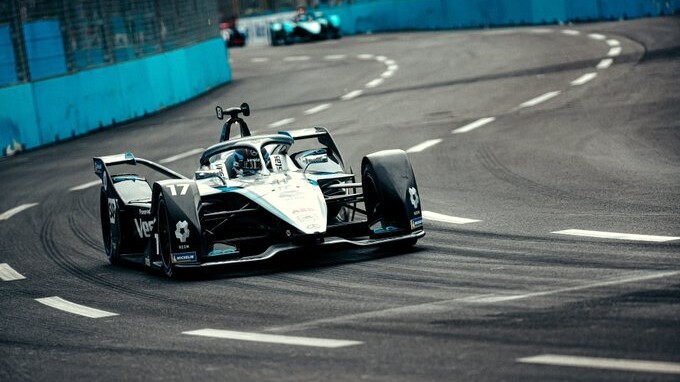 Having started from pole position, Mercedes' hopes of a strong result in Rome came to an abrupt end within sight of the chequered flag.

Lucas Di Grassi, leading the race for Audi, slowed with a technical problem as he crossed the start/finish line. The two Mercedes drivers, led by Stoffel Vandoorne, attempted to pass the Audi but Vandoorne lost control on a bump as he drew alongside the Audi.

With Vandoorne sideways across the track, Nyck De Vries tried to stay wide to avoid his teammate but was helpless to prevent from tagging the rear of the other Mercedes. Both were eliminated as a result.

Check out the video of the crash below.