Video: Grosjean looks back at fiery Bahrain crash one year on

Romain Grosjean has spoken at length about his life-changing crash at the Bahrain Grand Prix one year ago on this day. 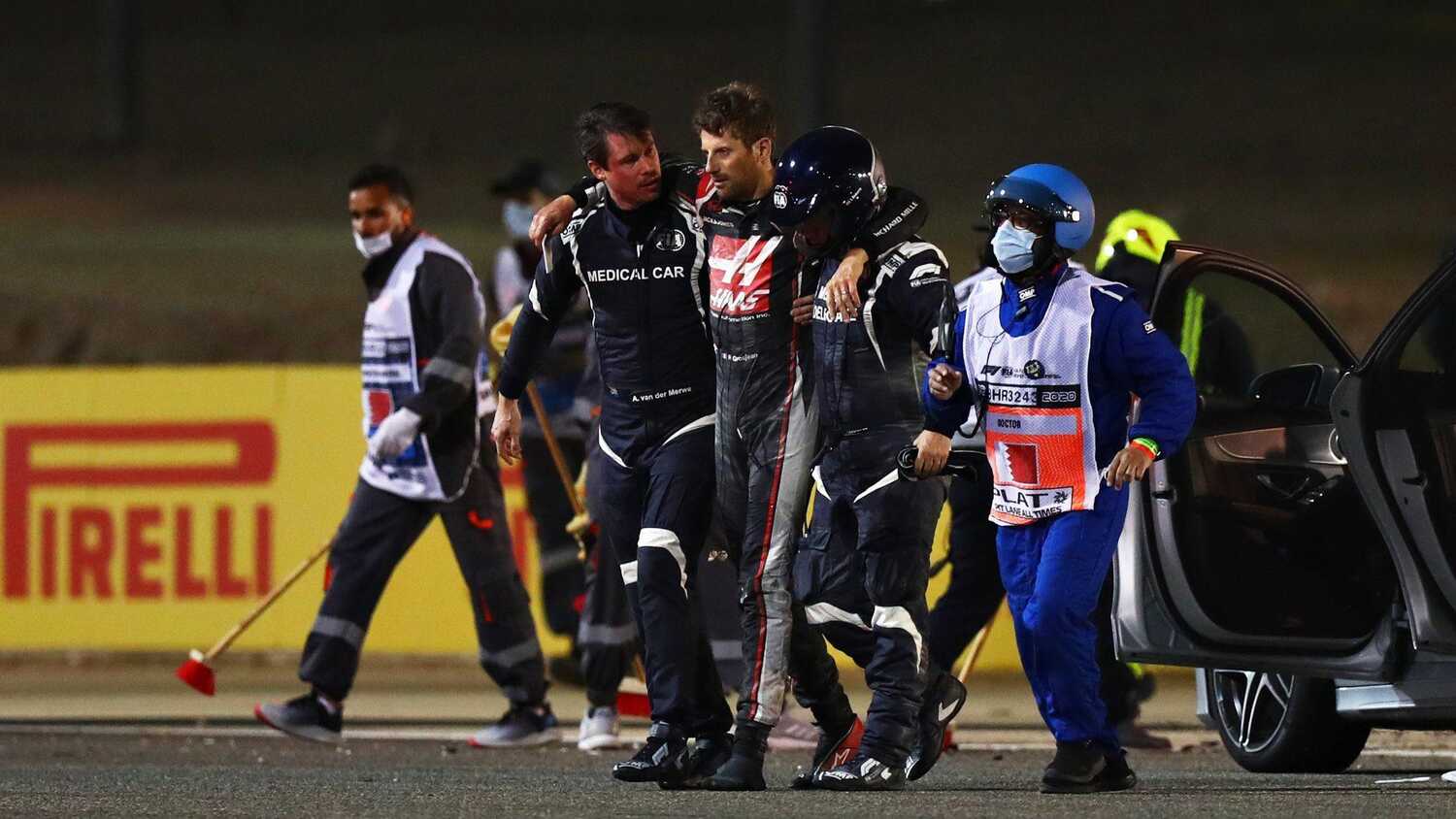 Romain Grosjean has taken time to reflect on his dramatic, fiery crash at last year's Bahrain Grand Prix, the effects of which he is still feeling today.

Grosjean was coming out of Turn 2 on the opening lap of the race when he moved across the track in front of AlphaTauri's Daniil Kvyat, the contact spinning his Haas around and sending it head-on into the barriers.

The 67G impact was so violent that Grosjean's car cut in two as the survival cell punched through the barrier, with the front half coming to rest on the opposite side of the Armco as the split fuel cell ignited.

Fortunately, Grosjean was able to free himself from the cockpit, vault the barriers and get away from the scene, helped by FIA Medical Car crew members Dr Ian Roberts and Alan van der Merwe.

Grosjean has since made a successful return to racing in IndyCar and, exactly one year on from his crash, appeared in a video interview for Nico Rosberg's YouTube channel.

Describing his current condition, Grosjean said: "The right hand is good, the left hand is a little bit less good.

"I would say I can almost live normally. I can't cope with the cold, I can't put sun for two years on it. I need to put on suncream and clothes and so on.

"It's painful 23 hours a day. I need to do rehab exercise every 10 minutes just to not lose mobility."

Grosjean added that, despite his current discomfort, he is grateful to have survived and now lives his life differently.

"It's not all [rosy], it's not nice, but I've got my two hands, I can drive a car, I can cuddle my kids and I can play with them - that's what matters," he continued.

"You can't go through an experience like this and be the same. There is a before and after. We take life for granted, you know. It can go very quickly."

Watch the full interview below...