Carlos Sainz has donned the infamous red jumpsuit from 'Money Heist' in a TV appearance for his sponsor. 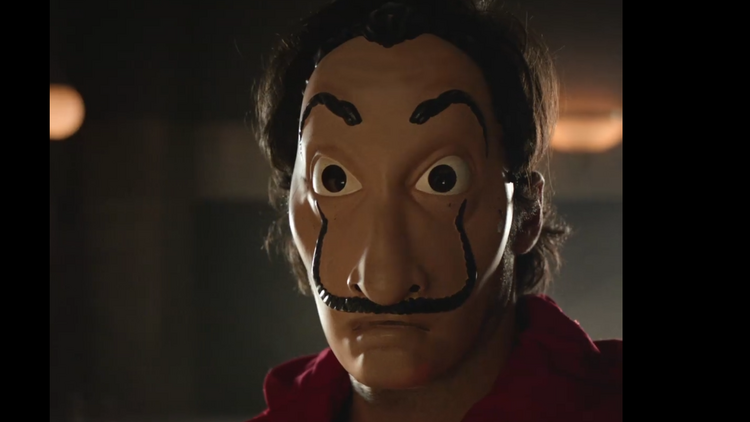 Carlos Sainz has teased an appearance in the famous red jumpsuit from the 'Money Heist' TV series, in an advertising spot for his and show sponsor Estrella Galicia.

Money Heist is a hugely popular Spanish-language bank robbery TV series, with the original title of "La Casa de Papel". The show is moving onto its fifth season, and the antagonist's use of red jump-suits and Salvador Dali masks has inspired many a Halloween costume.

Sainz, as well as MotoGP's Marc Marquez, have donned the costumes for the latest TV spots for the Spanish drinks company, although the famous pair are not set to appear in the show itself.

Estrella Galicia, the Spanish drinks company and sponsor of Sainz, released teaser trailers showing Sainz on the set of Money Heist, with the caption: "Not everyone is destined to wear red. The movement is about finding your own path. Carlos Sainz has chosen his, which one will you take? ​Season 5 Part II coming soon on #Netflix..."

Check out the video trailer below!