The Aston Martin driver has outlined the reasons for his dry tyre gamble during the middle of the Turkish Grand Prix. 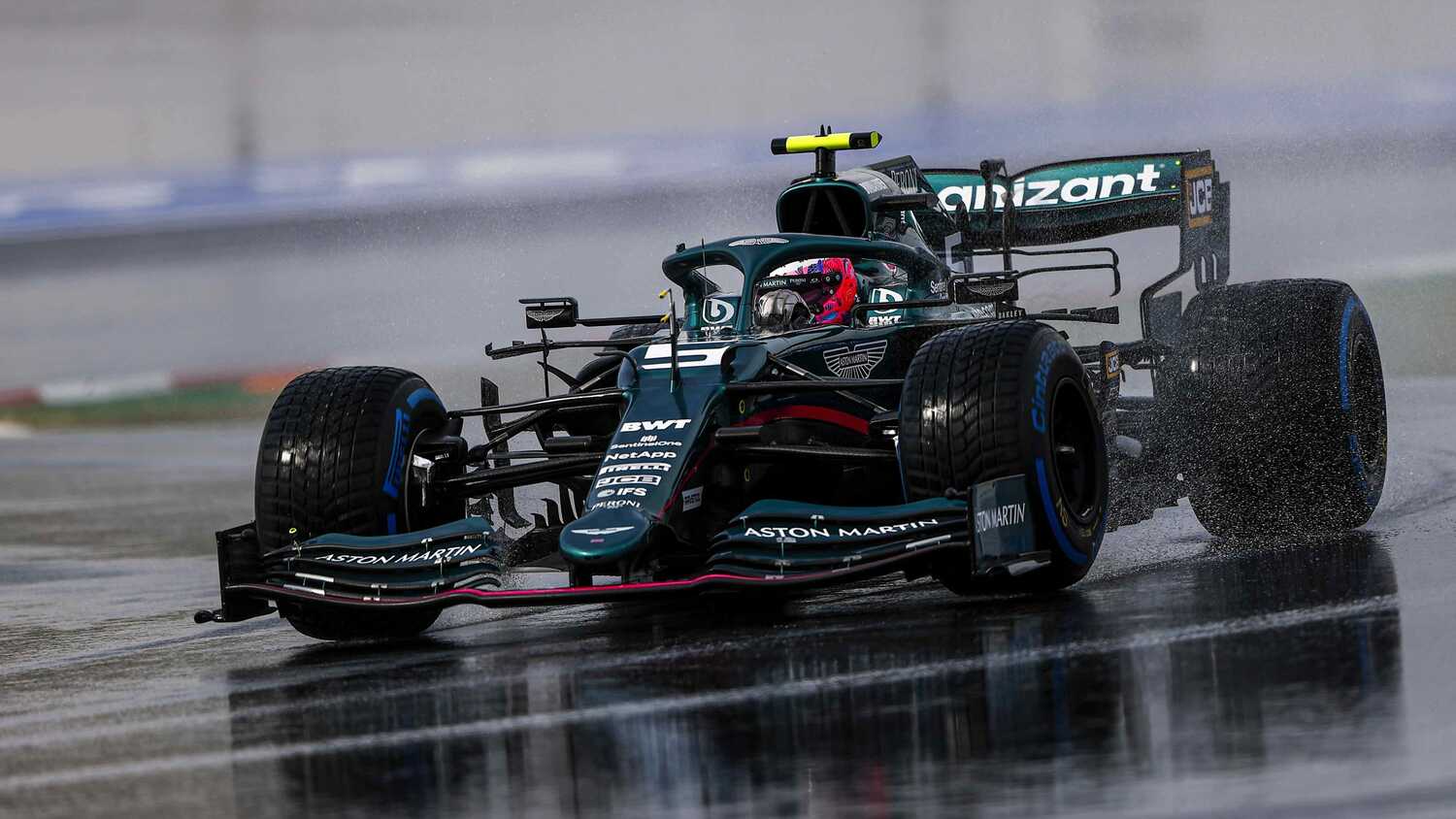 Sebastian Vettel says that last year's Turkish Grand Prix was in his mind when he made the decision to try slick tyres during Sunday's wet race in Istanbul.

Vettel was the only driver to run a dry tyre compound in the race when he pitted for the Medium compound on Lap 37.

He had very little grip and went off the track several times before crawling back to the pit lane. The gamble put him towards the back of the field as he finished down in 18th place.

"The track is good fun but it was a bit strange today, similar to last year with the Intermediates and staying out so long," Vettel told RacingNews365.com and other select members of the press.

"At some point, I thought it was ready for dry tyres, so I took the risk but it didn't work.

"It was a comparable situation to last year. Last year I was thinking [with] 15 laps to go that I wanted to try the slick tyres when the track was a little bit worse, so I thought it was worth a go but it proved to be wrong."

Even though the rain was very light, the Istanbul Park circuit never looked like drying out during the race.

Vettel thought because his Intermediates were turning into a slick tyre, he would be able to make a dry tyre compound work, which turned out to be the wrong call.

"On the Intermediates there was nothing left, so I thought the dry tyres could be as good but I couldn't break them in, and just had no grip, and lost so much time as I couldn't make them work," said Vettel.

"It was worse than I expected, even if it was damp still a little bit here and there, or wet. But the main thing was I couldn't break the tyre in and then you are just sliding on the top.

"It's a no-brainer now [with hindsight] but at that time I don't know, I was tempted some laps before and the Intermediates were not getting any better.

"If you look at the Intermediates tyres there is nothing left on them, they look like a slick, so I think I had reason, but obviously it was the wrong decision."