Vettel picks up five penalty points in one day

Aston Martin's Sebastian Vettel has picked up five penalty points in just one day, after a terrible race at the Bahrain International Circuit. 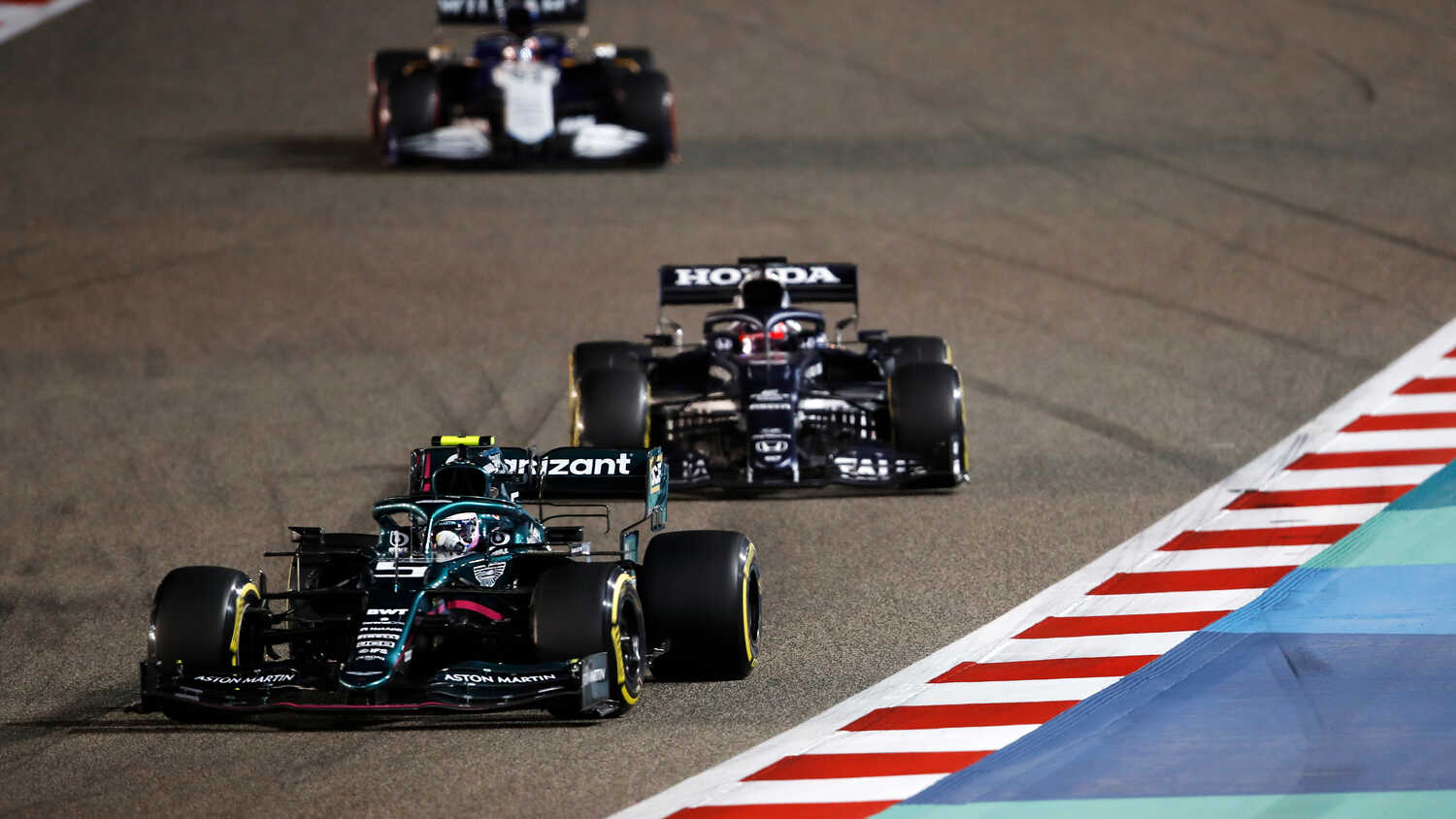 Aston Martin's Sebastian Vettel now has five penalty points on his F1 superlicence, after being involved in two separate incidents that he was punished for.

Vettel's woes began on Saturday, when he was eliminated in Q1, but was summoned before the stewards for allegedly going too fast under double waved yellow flags.

He was given a grid penalty and three penalty points for that misdemeanour, despite the stewards admitting that Vettel wasn't actually shown double yellow flags before encountering the incident.

Into the race itself, and Vettel was fighting just outside the points positions when he ran into the back of Esteban Ocon's Alpine under braking for Turn 1.

Ocon had just passed the Aston Martin down the main straight, when Vettel attempted to move back to the left of the Alpine under braking at the same time that Esteban moved across to reclaim the racing line.

"I was trying to cut back to the left, but Esteban was moving left as well," Vettel explained to Sky Sports F1.

"And then, when I was right behind him, I locked the fronts and hit him straight on. So obviously that was not great for both of our races."

Vettel was found at fault for the incident, and given two penalty points to add to the three added just a few hours prior. The German finished the race in 15th place on his debut for Aston Martin.

"[It] was obviously a tricky race," sighed Vettel afterwards.

"We tried the one stop, we had to try something different. Initially, it looked like it wasn't that bad.

"But, towards the end, I was struggling quite a lot with tyres. So I don't think we could have realistically scored points today."