Vettel heaps praise on Hamilton: It's a huge achievement 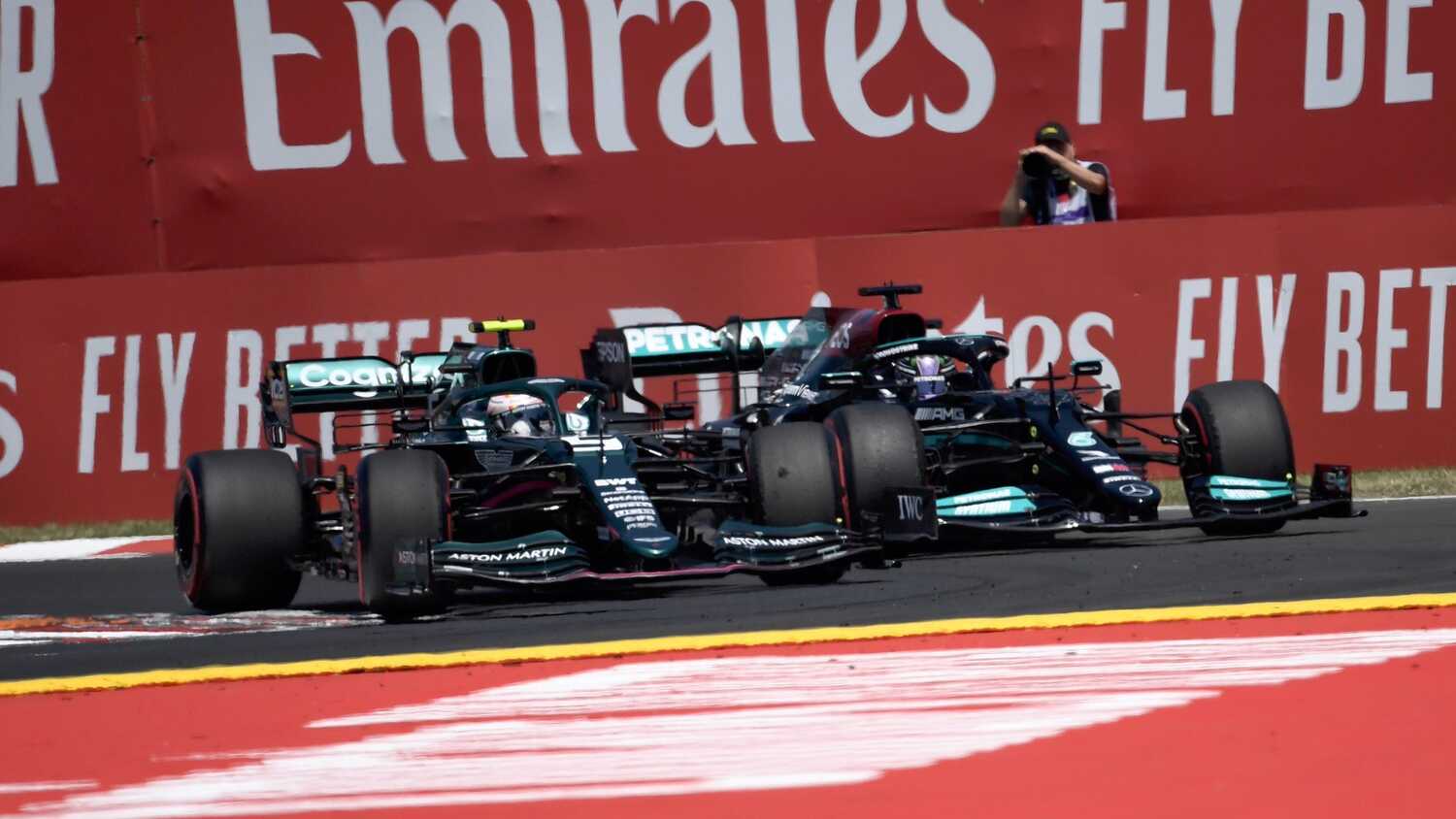 Hamilton and Vettel's statistics were, up until 2018, very similar in terms of victories and championships. But a head-to-head battle that year went in Hamilton's favour as Vettel's challenge faded badly towards the end of the season, with Vettel's form and confidence seeming to dip as a result.

With Vettel now racing in the midfield with Aston Martin, after being dropped by Ferrari last year, the German driver praised his contemporary as Hamilton claimed his 100th F1 win at the Sochi Autodrom on Sunday.

"Well, I think it was coming, so it's a huge achievement," Vettel told select members of the press, including RacingNews365.com.

"I'm very happy for him. I think he deserves it... I don't know how he has driven [on Sunday], but I guess he had a good race!"

With Formula 1 moving onto the Turkish Grand Prix next, it marks a season since Hamilton wrapped up his seventh championship after a stellar drive at Istanbul Park. On that occasion, Vettel could be seen crouching down to chat with Hamilton as the two champions shared a moment.

Vettel revealed what he'd told Hamilton on that occasion.

"I told him that it's very special for us because we can witness history being made," said Vettel.

Asked whether Hamilton is the greatest driver on track today, he said: "I think he is the greatest of our era, for sure. I think it's always difficult to compare. How can you possibly compare [Juan Manuel] Fangio, Stirling Moss to our generation? You can't.

"Maybe we would be useless because we'd all be s***ing ourselves in those cars, maybe they would be useless in our cars because they're way too fast, who knows? But it doesn't matter. I think every era has its driver, or its drivers, and Lewis is certainly the biggest, greatest of our era."

Vettel added: "To me, certainly emotionally, Michael [Schumacher] will always be the greatest driver.

“But there's no doubt Lewis is the greatest in terms of what he has achieved. He's equalled the championships, he has more races won, he has a lot more pole positions, so I think he's done everything you can ask for."