Vettel against Perez/Verstappen team orders: Nobody likes it

Red Bull could potentially be faced with a difficult scenario at the Mexican Grand Prix if Sergio Perez gets ahead of title contender teammate Max Verstappen. The team's former champion, Sebastian Vettel, believes that whoever is in front should be allowed to stay ahead. 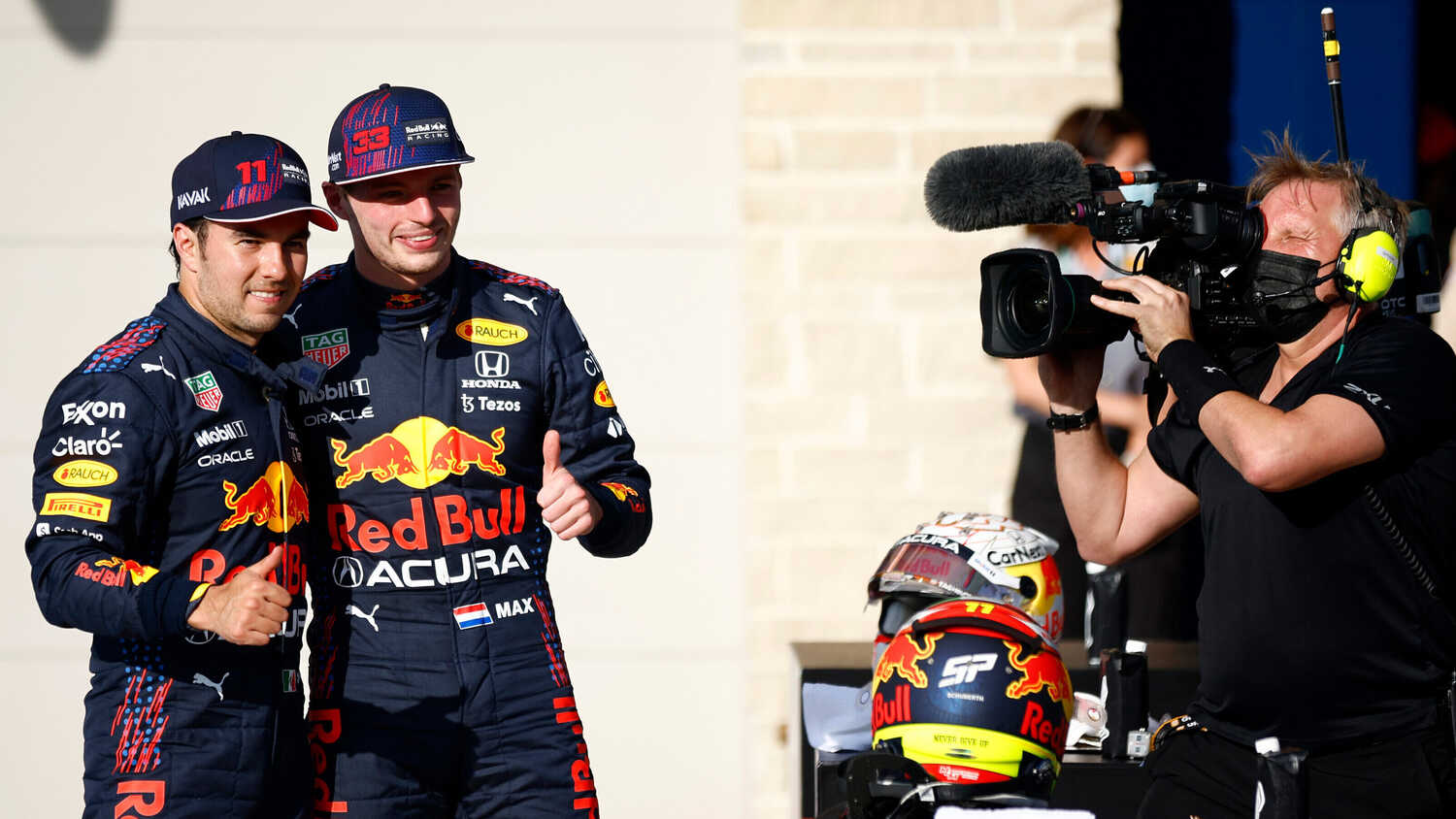 Sebastian Vettel hopes that Red Bull will not use team orders at the Mexican Grand Prix if Sergio Perez gets in front of title contender Max Verstappen.

There has been much speculation about how the Milton Keynes-based squad might handle this situation, given that it could potentially deprive Perez of a win on home turf. Perez himself has admitted that it could be "complicated".

Whilst asking Perez to let Verstappen through would be helpful in the Dutchman's World Championship bid, Vettel – who was the last driver to win a title for Red Bull in 2013 – feels that making such a call is rarely a good thing for the sport.

"I'm not a fan of team orders," Vettel told media, including RacingNews365.com.

"There's two different team orders; there's the team order that you give way and you get it back in the same race if you're on different strategies, and then there's obviously the team order where clearly one has to sort of get out of the way to make the other one score more points.

"Now, even if the situation is logically very easy to explain, I still think it's bad, and I would be in favour of not having any team orders, ever. I think it's just [that] nobody likes it."

Should Perez keep the place?

In terms of the specific situation with Perez and Verstappen, Vettel thinks that the Mexican should be allowed to stay ahead if he is in front.

However, the Aston Martin driver can also understand the difficulty of the situation given the possible impact on the title race for Verstappen.

"If Checo happens to be ahead, then Checo should stay ahead," Vettel explained. "And if he's not ahead, then he has to be overtaken by whoever, whether that's a Mercedes or Red Bull.

"But I can also see if that's not happening, he will have to let Max by. Valtteri [Bottas] has been in that position. It's not nice."

Vettel isn't the only driver to voice his opinion on the situation, with Daniel Ricciardo revealing what he would do if faced with the same scenario.

Ahead of the race in Mexico City, Verstappen leads the Drivers' standings by 12 points from rival Lewis Hamilton. Meanwhile, Perez is in fourth place, one point ahead of McLaren's Lando Norris in fifth.