Verstappen: We've been a bit behind all weekend

Max Verstappen has admitted that Red Bull appear to be trailing Mercedes in Hungary, but is hopeful of using an aggressive tyre strategy to fight back. 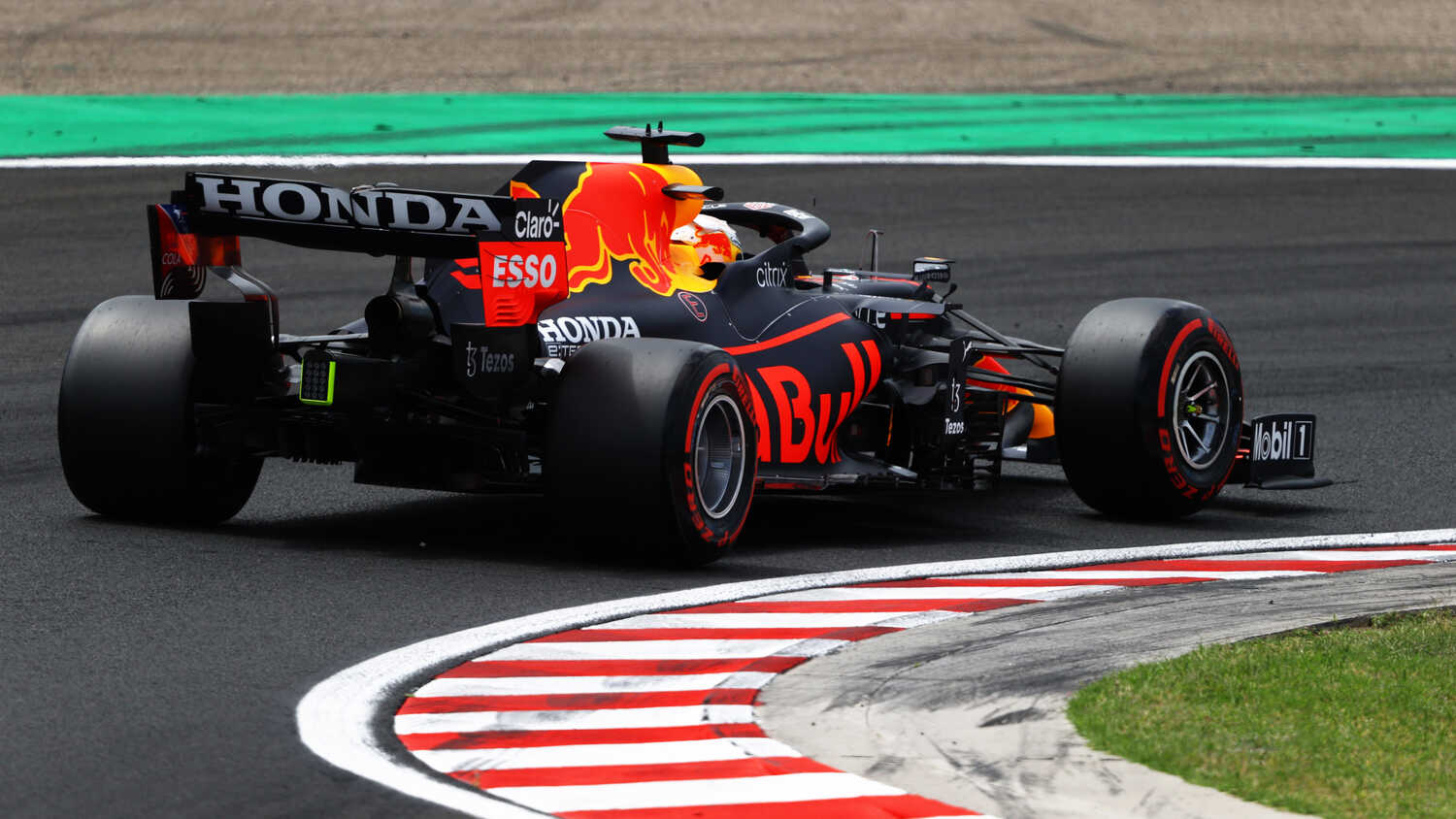 Red Bull's Max Verstappen will start the Hungarian Grand Prix from third place, having missed out on pole position by four tenths of a second. Verstappen never looked truly capable of fighting for pole position, falling two tenths shy of Mercedes' Lewis Hamilton on the medium tyre during the first runs in Q2.

With Hamilton going half a second quicker on the first runs in Q3, this level of buffer meant it was always going to be difficult for Verstappen to fight back for pole, ultimately falling short.

"It's always difficult to say the gap but I think, the whole weekend so far, we've been a bit behind and it showed again in qualifying," a forlorn Verstappen said after finishing behind both Mercedes drivers.

"Of course not that we want to but nevertheless we're still there in P3. And we'll see what we can do. But yeah, so far, obviously not what I want."

Having swapped to the soft tyre for a second run in Q2, Verstappen will start the race on the more aggressive compound and may be locked into a two stop strategy as a result. He's hopeful of making a good getaway when the lights go out.

"It is, of course, going to be different, the grip was quite a bit higher on these tyres," he said.

"So we'll find out tomorrow, it's going to be really hot. So naturally, a softer tyre will not last as long as the medium but, nevertheless, it will give us a good opportunity off the line."

Explaining the decision to swap from the medium to the soft during Q2, Verstappen explained that Red Bull were worried after seeing how much other drivers were improving towards the end of the session.

"It is just because the others also were on the soft and they were improving their laptimes," he said, "so my laptime on the medium would have really been on the edge for the top ten so we decided to finish the last lap."