Verstappen wary of Hamilton: He's so much faster

Although Lewis Hamilton will start the Turkish Grand Prix from 11th on the grid, Max Verstappen believes he'll have to pull out all the stops to stay ahead of the Mercedes driver. 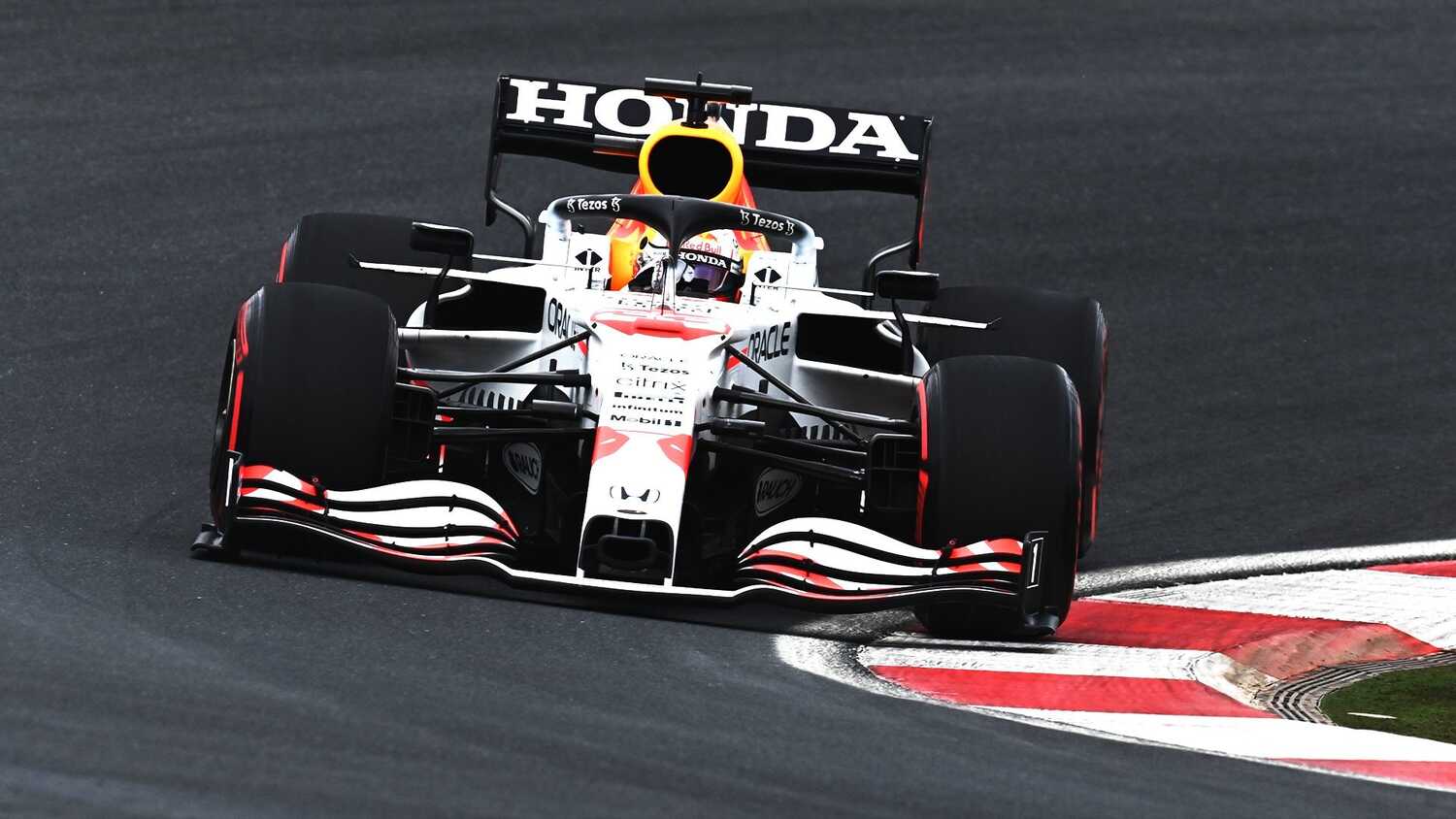 Max Verstappen isn't confident that he has the pace to win the Turkish Grand Prix, going so far as to say he wouldn't be surprised if Lewis Hamilton is within striking distance of him at some point.

The Red Bull driver will start Sunday's race from second on the grid, with Hamilton down in P11 due to his 10-place engine penalty.

Despite the gap between the championship rivals, Verstappen expressed concern while speaking with RacingNews365.com and other members of the media.

"He has a very good chance," Verstappen answered, when asked if Hamilton can finish on the podium. "They have so much more speed than the rest [of the grid].

Hamilton will have his work cut out, with the likes of Sergio Perez, Pierre Gasly and Fernando Alonso, who didn't hold back when battling the Mercedes driver in Hungary, all starting ahead of him.

Those drivers may try to make things difficult for the seven-time World Champion, however Verstappen doesn't believe that will make much of a difference in the end.

"Everyone drives their own race. Mercedes have so much more speed, so I think he will pass them," Verstappen added.

"[Perez] is in the same boat as me. He's going to do his best, but there's not much you can do when Lewis is half a second faster."

Verstappen will start alongside Valtteri Bottas on the front row for tomorrow's race, but he has some concerns given he's on the dirty side of the track.

"That's going to be tricky because there's a lot less grip on the inside. Everyone drives on the outside, and you'll see that everyone who starts there will have a much better start than those on the inside," Verstappen concluded.