Verstappen thrilled by P2 after 'struggling to stay awake'

Red Bull's Max Verstappen retook the lead in the Drivers' Championship with second place in the Turkish Grand Prix, but admitted it wasn't the most exciting race of his career... 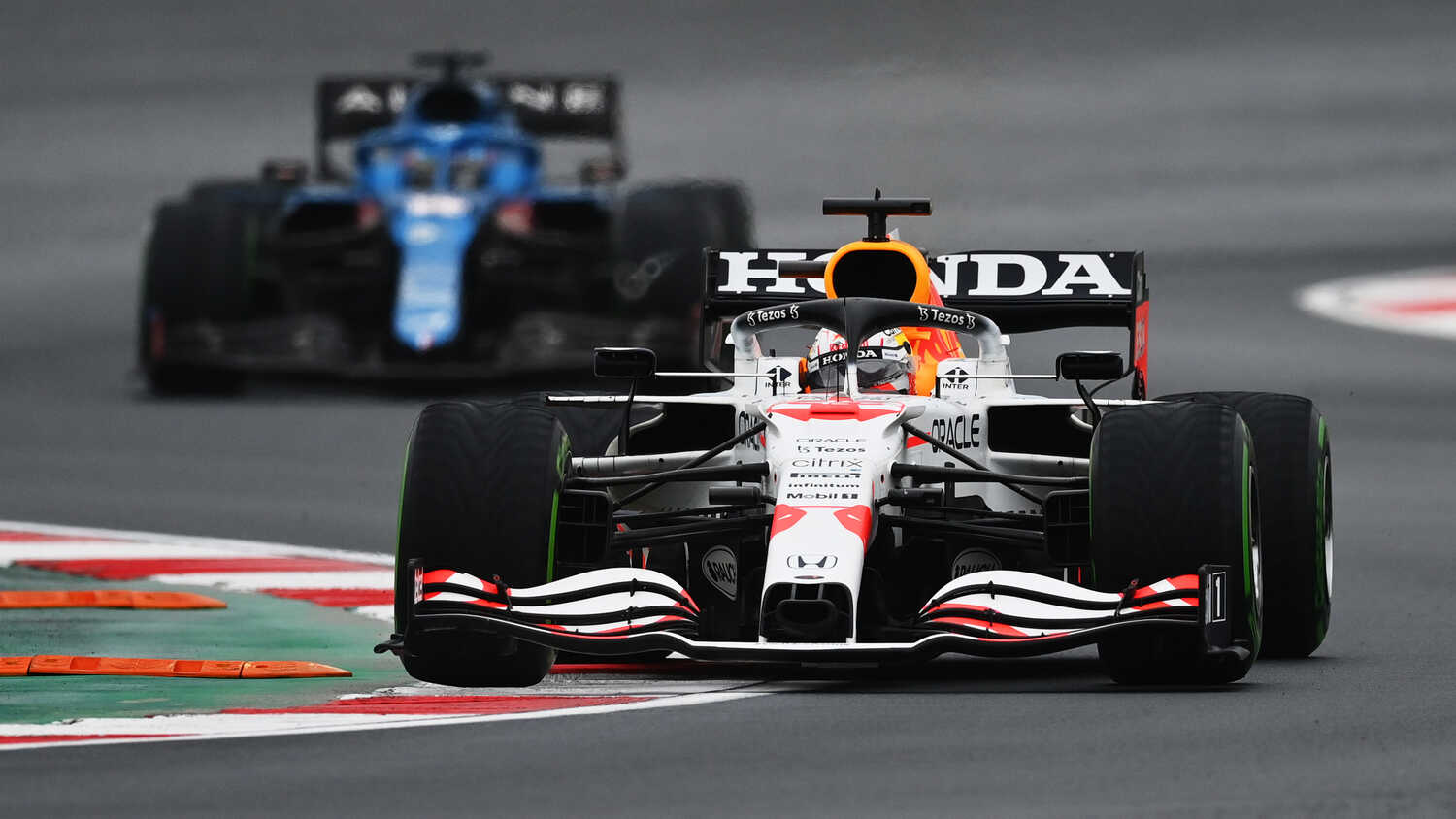 Red Bull's Max Verstappen finished in second place in Turkey, having started from the same position on the grid.

Unable to challenge pole-sitter Valtteri Bottas for the outright win, Verstappen played a safe race by becoming the first of the front-runners to pit for another set of Intermediates when he came in on Lap 37.

Coming home a distant second, and ahead of teammate Sergio Perez, Verstappen was pleased to take the points and reclaim the lead in the Drivers' Championship over Lewis Hamilton.

"It was not easy today, the track was very greasy," said Verstappen after the race.

"We just had to manage the tyres the whole race, so we couldn't really push. It just seemed like Valtteri had a bit more pace [and] could look after the tyres a bit better as well.

"I'm still happy to finish second because, in these conditions, it's also easy to get it wrong, and you drop back. Overall [I'm] very, very pleased."

Asked about the biggest challenge of the race, Verstappen said it hadn't been a particularly fun encounter for him.

"Staying awake!" Verstappen joked. "No, it was just all about managing the tyres, so you were never pushing, to make it to a certain amount of laps, and then boxing for another set."

Leading the championship over Hamilton with six races remaining, Verstappen said he expects Austin to be more of the same next time out.

"I think it's been close the whole year," he commented.

"I'm pretty sure, in Austin, it will be a good battle with Mercedes, so we just have to keep on pushing, keep on trying to improve, and then we'll see where we end up at the end.

"Of course, I think so far this season has been really good."