Max Verstappen finished the first day of practice in Qatar some way behind the pace-setting Mercedes. 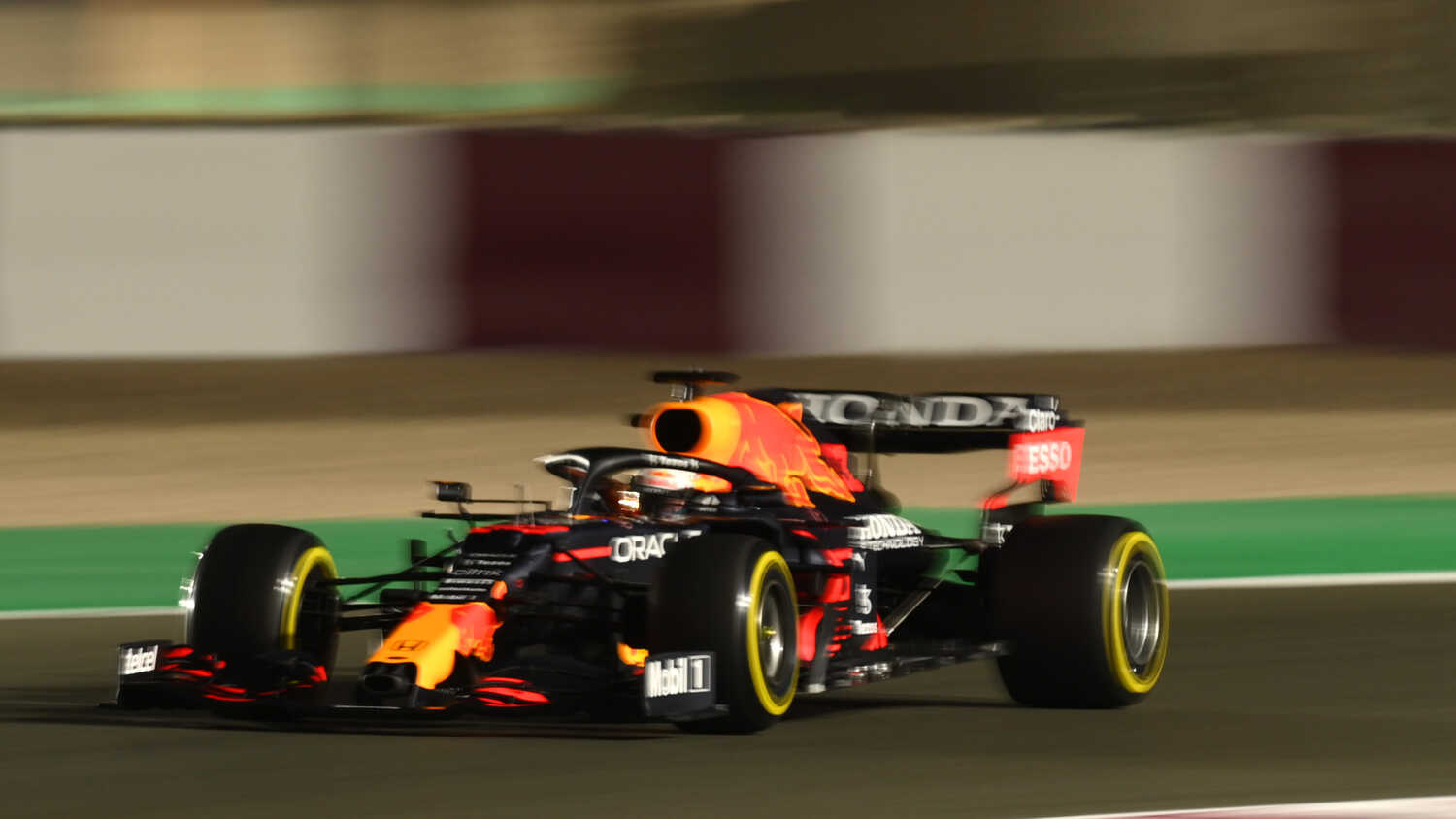 Max Verstappen was unconcerned about finishing a little off the pace on the opening day of practice for the Qatar Grand Prix.

Verstappen put in two flying laps on the Soft tyre but, curiously, appeared to struggle with the compound as his first flying lap wasn't particularly strong. Resetting for a second flyer on the same tyres, he matched his first time to the tenth of a second, and ended three-tenths down on what Bottas managed.

"It was important to understand how the car would react [in the evening]," Verstappen explained after the day's action.

"I got a bit of a change between the Medium and the Soft tyre, [so] that's why I think on the Soft tyre it wasn't amazing, but again, [it's] the first time here, so a lot of things to understand.

"You need to learn the track, but it's been a lot of fun to drive, to be honest. I think it's a really cool track."

Given that he and title rival Lewis Hamilton finished less than a tenth of a second apart, Verstappen was reluctant to make any predictions for the remainder of the weekend.

"It's a bit too early to say, but yeah, let's see tomorrow," he commented.

"There's still a lot of things to look at because everything is so new, so it's difficult to say for the race.

"With these cars, anyway, it's very tough to follow, but I think over one lap it's going to be good."