Max and Jos Verstappen have both opened up about conversations they had with Lewis and Anthony Hamilton after the Abu Dhabi Grand Prix. 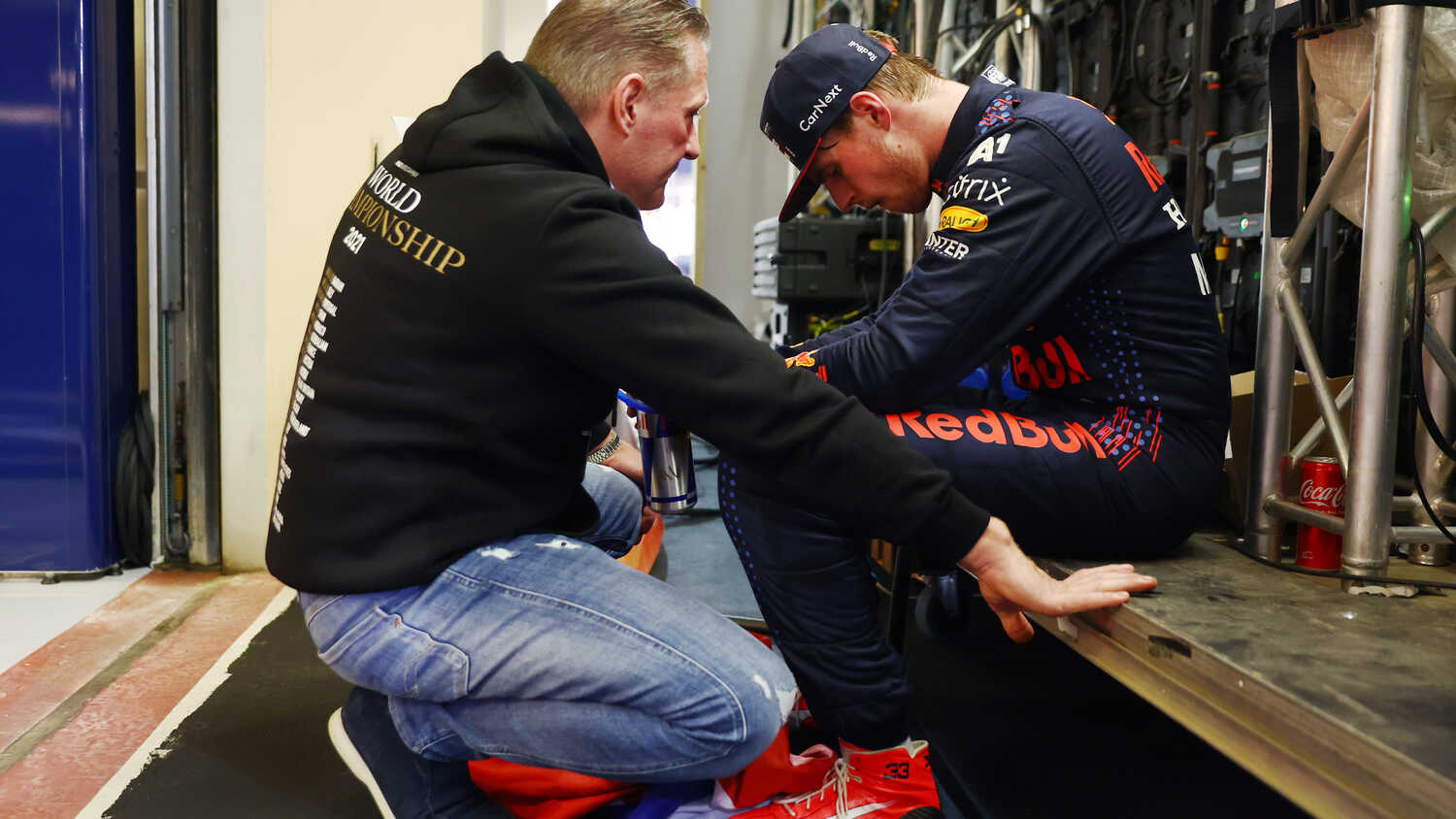 Max Verstappen and father Jos have spoken about the conversations they had with Lewis Hamilton and his father Anthony in the immediate aftermath of the Abu Dhabi Grand Prix.

With Verstappen securing the Drivers' Championship on the final lap of the race, after pitting for fresh tyres under a late Safety Car and pulling off an overtake, the Dutchman revealed that Hamilton approached him before the podium ceremony to offer his congratulations.

"I was, and the whole team, were going crazy," Verstappen told David Coulthard in an interview for sponsor CarNext.

"But of course, you also have the other side, where they are very disappointed and upset.

"I think what was nice, was Lewis immediately came to me [and said], 'Well done, congrats', you know, and I said, 'Thank you very much for an amazing season'.

"Because, at the end of the day, I think it was an amazing season, whoever won or came second, because we did push each other every single race to the limit with ourselves, but also the car and the whole team.

"Everyone is very happy that the season is over, to have a bit of a break, because it has been very tense and very tough on everyone. But yeah, it was definitely a great rivalry."

Proud fathers in the paddock

Jos Verstappen, sitting alongside Max for the interview, was asked about his contact with Hamilton's father Anthony, who helped console Lewis after the defeat.

"When I was sitting with Max before he went up to the podium, Anthony was there," Verstappen senior said.

"He congratulated us, so that was really nice. And also, during the season, I had some conversations with him over WhatsApp. He's really nice.

"They've won seven titles already so, for them, it is a bit different to when we won the first one, but he's always respectful."

The elder Verstappen then admitted that he initially believed the title was slipping away, and had actually withdrawn from the pits as Hamilton dominated out front.

"I left the pit and I went upstairs to sit quietly at my television to see the lap times, because I didn't have the feeling it was going to happen and I didn't want the cameras on my face all the time," he said.

"I was quiet. Raymond [Vermeulen, Max's manager] came in 20 laps before the end. And then [Nicholas] Latifi crashed [with] five laps to go. We were hoping, we were jumping, we were happy and you know, 'Get this guy out of the way and let them race'.

"I can't express it, it was so emotional. Then they did get the car out of the way. The cars between him, they could pass like they normally do. Then there was one more lap to go and everybody knows, if Max is behind on the last lap, he will try, whatever happens.

"We were just thinking where he would do it and he did it at Turn 5, which I didn't expect, because then you have two long straights coming...

"Then Lewis came alongside him into the new fast corner. It was crazy exciting. Tears in my eyes, exciting, nervous, everything comes together..."