With Sergio Perez now confirmed to remain at Red Bull in 2022, Max Verstappen thinks that the Mexican has done a great job with the team so far. 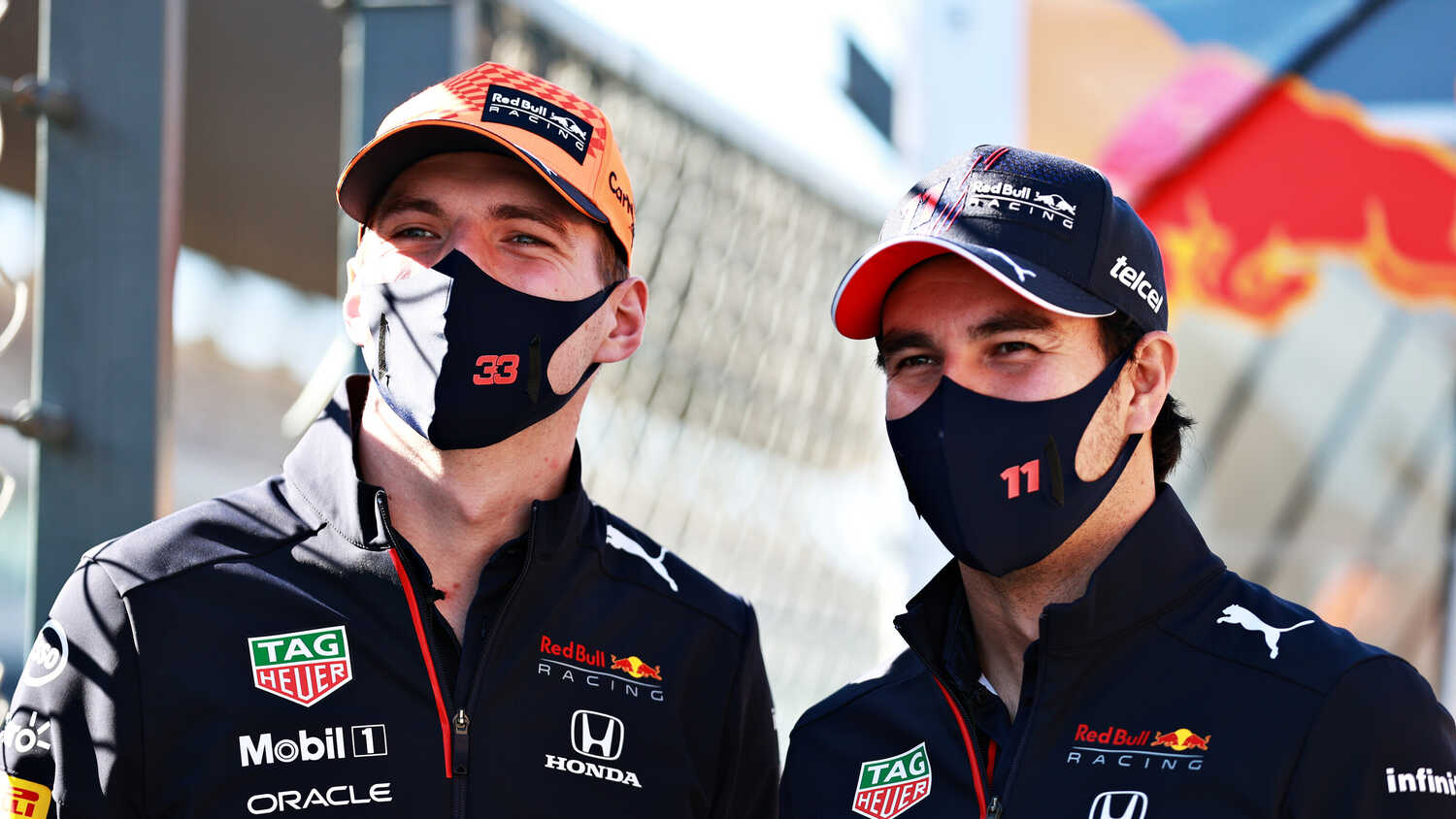 Max Verstappen is happy with the role that Sergio Perez has played so far as his teammate at Red Bull.

It was confirmed last Friday that Perez will remain with the team in 2022 and the news has been welcomed by Verstappen, who thinks that the Mexican has done a good job since joining the Milton Keynes-based outfit this season.

"He's been a really good teammate," Verstappen told select media including RacingNews365.com shortly before Perez's new contract had been announced.

"First of all, he's a very nice guy. It's really enjoyable to work with Checo, so from that side it's all been going really well."

Despite some struggles in adjusting to the car, Perez has been able to play a supporting role to Verstappen on certain occasions, such as at the French Grand Prix, where Verstappen won the race whilst Perez finished in third.

"France, that was a great race for the whole team," Verstappen said. "We just need to keep pushing as a team to just deliver a competitive car, and I'm sure both of us can do a good job."

Perez also claimed a debut victory with the team at the Azerbaijan Grand Prix, picking up vital points after Verstappen was forced to retire due to a tyre blowout.

The 31-year-old has spoken of how he hopes to finish this season on a high with the team, but also carry through this momentum into 2022 when new regulations will be introduced into Formula 1.

"We've been working hard to deliver results, so it's great to see the team have faith in me for the future," Perez explained.

"We have so much more to achieve together and we still have a great challenge on our hands this season, so I really hope we can finish the year on a high and carry that momentum into 2022."

Video: How do Hamilton and Verstappen compare so far in 2021?

RacingNews365.com takes a look at how Hamilton and Verstappen stack up in terms of their performances over the first half of the 2021 F1 World Championship.