Verstappen: I would have been fastest without red flag

The Red Bull driver is confident that his car's pace is better than it appears on paper, after finishing only fifth in Friday's second practice session at the Dutch Grand Prix. 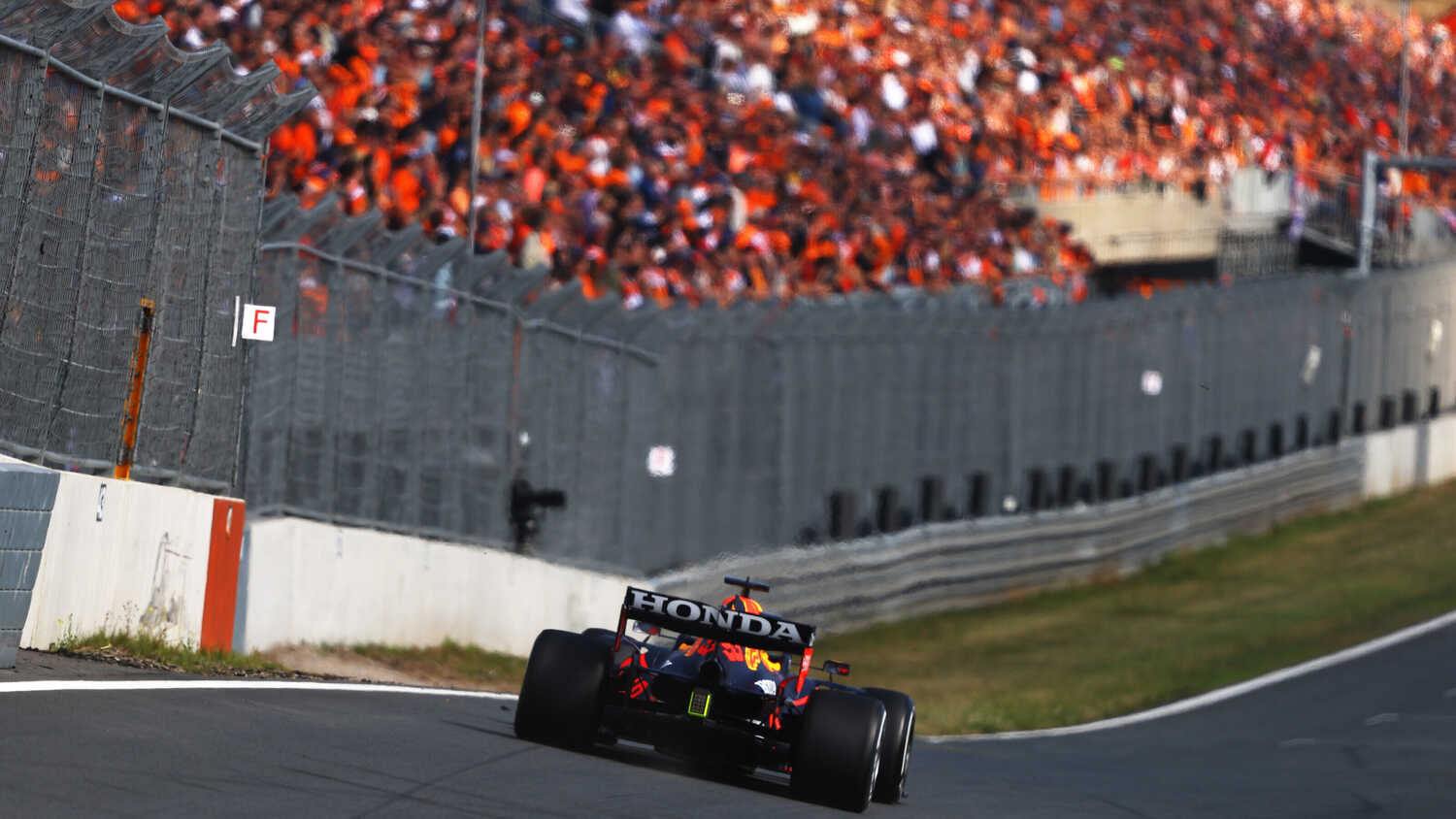 Max Verstappen believes the second practice session at the Dutch Grand Prix was not representative of Red Bull's pace.

Verstappen was fifth fastest in FP2 at Zandvoort, 0.362 seconds behind Charles Leclerc, who led a 1-2 for Ferrari.

However, Verstappen's first flying lap on the C3 Soft tyres was brought to an early end due to a red flag, and the Dutchman reckons he would have been quickest without the stoppage.

"I don't think it looks very representative on our side on the short run, because already after one lap, the tyres just drop off a bit," added Verstappen.

"Nevertheless, we'll work on a few things, because we were not entirely happy on the short run.

"The long run looks competitive, so that, of course, is always very important, but we also know that the starting position here is very important. So we'll have a look at what we can do on the short run to make it a bit better.

"There's just a few things we have to understand. The lap when I had to abort would have been good for first."

Verstappen's main championship rival, Lewis Hamilton, stopped his Mercedes five minutes into FP2 due to a loss of power. F1 have not been to Zandvoort since 1985, so track time is widely expected to be an important factor this weekend.

Meanwhile, a home driver has never won the Dutch GP, but Verstappen is looking to change that fact on Sunday in front of 70,000 spectators.

"It was good to see all of the fans in orange having fun in the grandstand," said Verstappen. "The track as well has a lot of fast corners, so it was a really fun day."