Verstappen on qualifying problems: Need to look at ourselves

Max Verstappen was a close second to Lewis Hamilton in qualifying for the F1 2021 British Grand Prix, but didn't feel happy with his car. 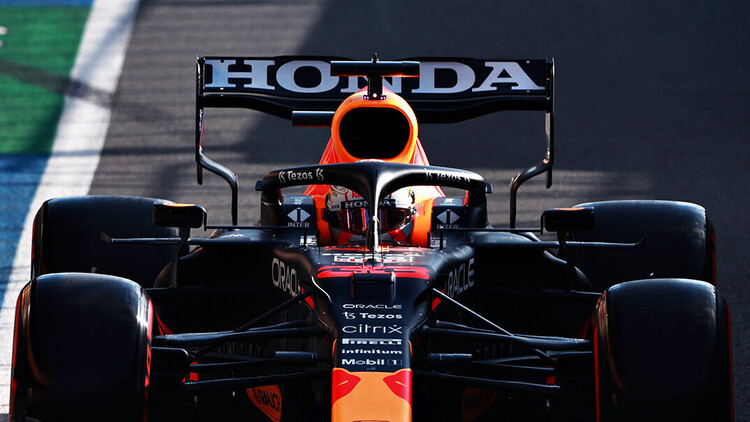 Max Verstappen admits Red Bull need to look at the issues they experienced in qualifying for the British Grand Prix after the Dutchman missed out on pole position to Lewis Hamilton.

The fight between the title contenders was a close as ever, but Hamilton pipped Verstappen to first place with a time of 1:26.134, whilst Verstappen was not far behind on 1:26.209. Even though the margins were tight, the Red Bull driver says he struggled with understeer during the session.

"We need to look at ourselves because the car itself was actually handling quite well, but just a lot of understeer," Verstappen told Sky Sports F1.

"So I couldn't really attack any corners and just waiting for the front to grip up. A bit of a weird feeling to be drive because I don't think it was set-up or front wing related.

"But it is what it is. We are still quite close, so it's alright."

Friday's qualifying session determined the starting order for Saturday's Sprint Qualifying and Verstappen admits it was a strange feeling.

"It's a bit of a weird feeling to be honest," the 23-year-old said. "You do qualifying, you go flat out and actually [it] doesn't really mean anything in terms of pole position feeling.

With this weekend's schedule looking slightly different to the usual format, there will be one practice session on Saturday before Sprint Qualifying takes place later in the day. The results from this will then determine the starting grid for Sunday's main Grand Prix.

Verstappen will be hoping to maintain his lead in the World Championship, with the Dutchman currently 32 points ahead of Hamilton.