Verstappen not panicking after defeat to Hamilton: We'll bounce back

Red Bull's Max Verstappen admitted that his car simply lacked the pace to hold Lewis Hamilton back in Brazil. 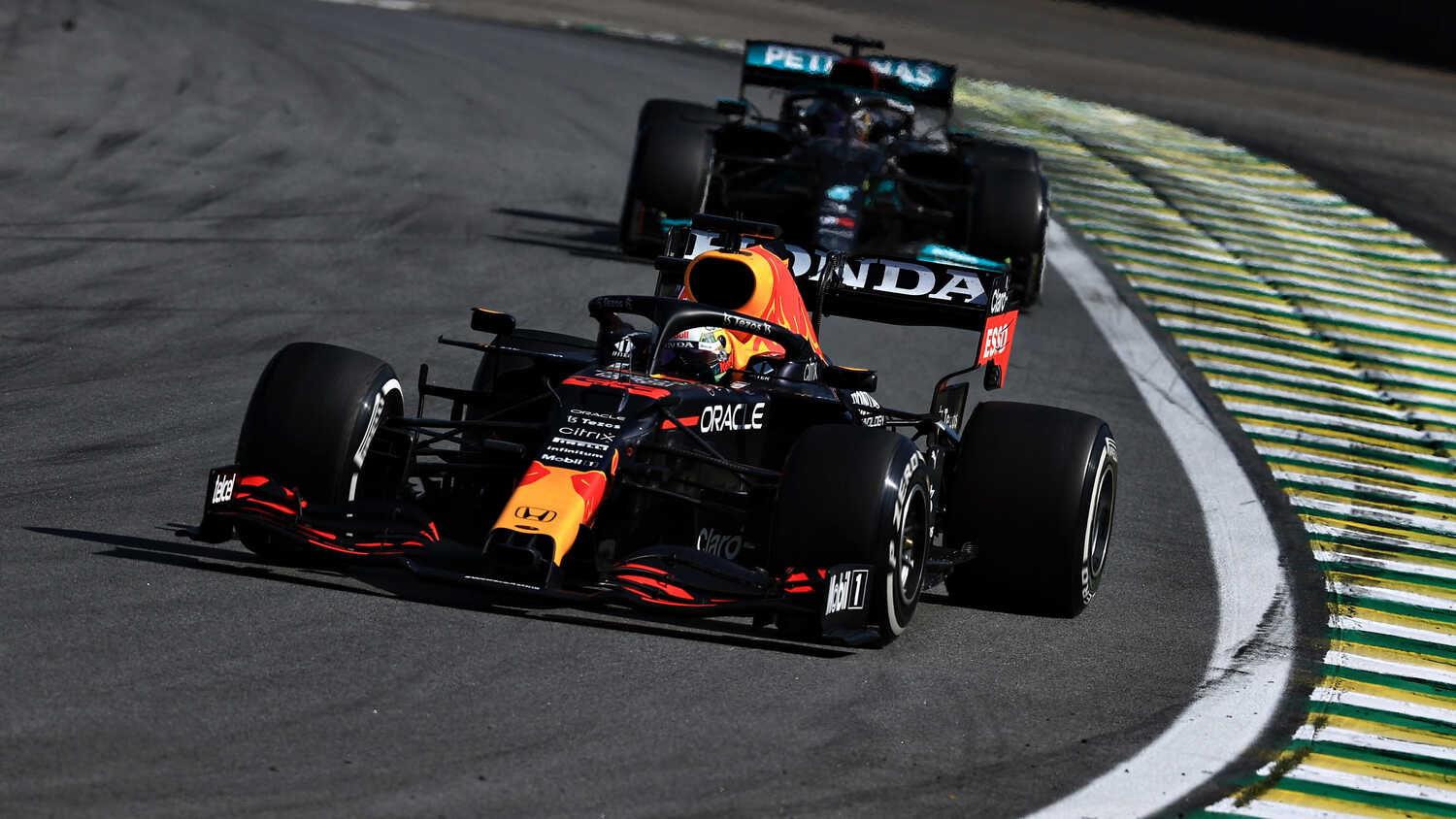 Red Bull's Max Verstappen has vowed to bounce back in the final three races of the 2021 F1 World Championship, after being beaten by Mercedes' Lewis Hamilton in Brazil.

Verstappen, who led the majority of the race, lost the position with 12 laps remaining as he was powerless to prevent Hamilton from storming past on the straight between Turns 3 and 4.

With his points lead over Hamilton cut from 21 to 14 as a result, Verstappen admitted there was little he could do to change the outcome.

"We tried everything we could today, of course," Verstappen said after the race.

"I think it was a good battle but, at the end, we just missed a little bit of pace, but we gave it [our] all today and it was a lot of fun."

"It was damage limitation"

Verstappen had a frantic battle with Hamilton in the lead-up to the Mercedes driver's winning move, with one controversial moment between the pair at Turn 4 as both ran wide over the escape area.

But with the stewards choosing not to investigate the incident, Verstappen felt that second place was all about reducing the damage in the championship.

"We still have a good points lead," he went on to comment.

"Also, today was a bit of damage limitation on a weekend where it was a bit difficult for us, but I'm confident that, in the coming races, we will bounce back."