Max Verstappen has explained how he thought his final lap in qualifying in Qatar went very well, leaving him surprised by the big gap to Lewis Hamilton. 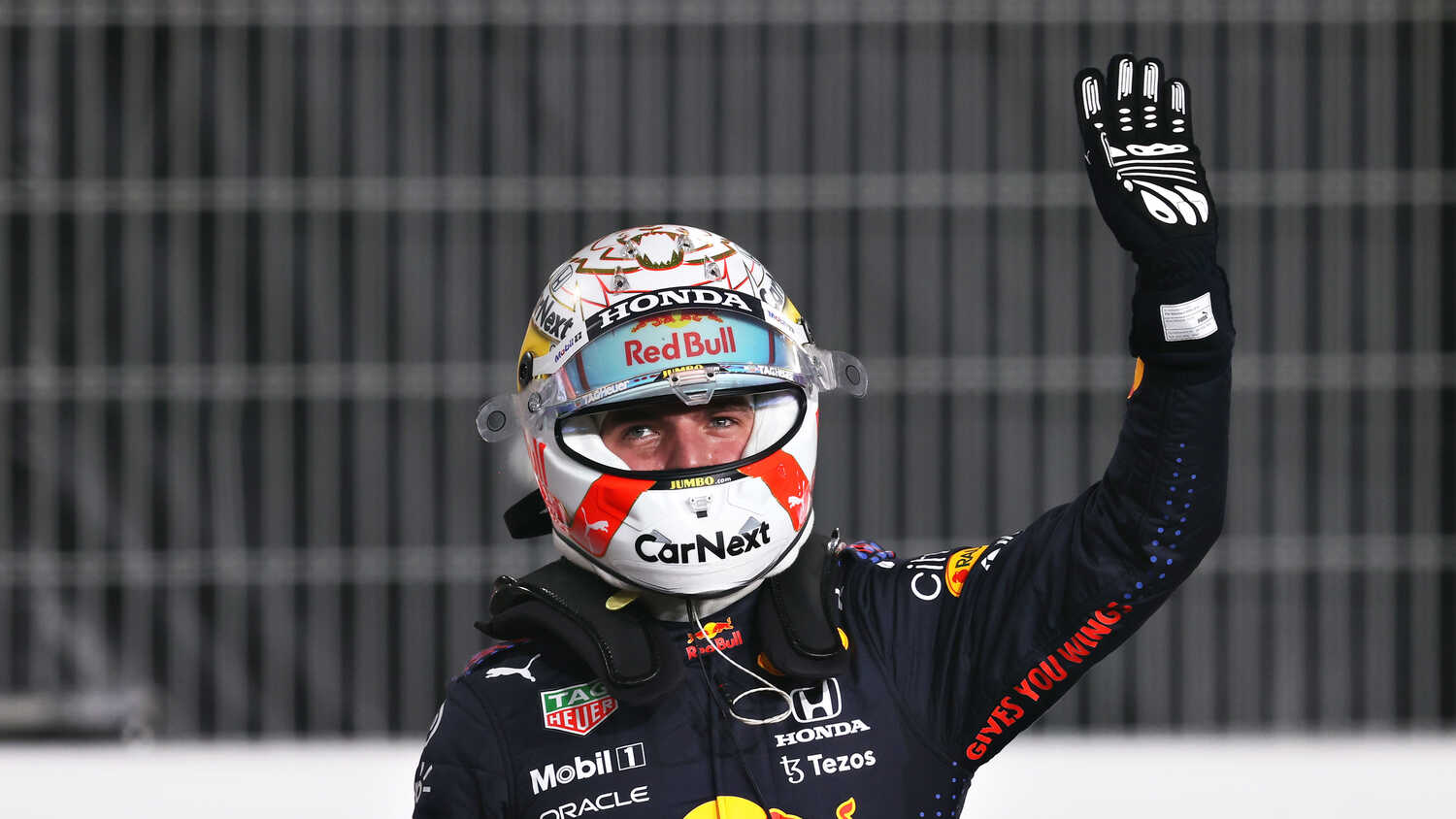 Red Bull's Max Verstappen has said that he was surprised by the size of the gap to pole-sitter and Mercedes rival Lewis Hamilton during qualifying at the Losail International Circuit.

Verstappen finished the session almost half a second slower than Hamilton, having improved by a tenth of a second on his final run to match what Hamilton had achieved on his first run.

As a result, Verstappen explained that he had been somewhat shocked by the gap when he was told about the margin Hamilton had at the end of the session.

"[The weekend has] been a bit up and down," Verstappen told media, including RacingNews365.com, after the session.

"I was quite happy enough in FP1, but then not so happy in FP2 and FP3, then I was actually happy in qualifying again. But just not quick enough, [and] that sometimes happens.

"There were a few corners where I would have liked to go faster, but I tried everything and there's just not a lot of extra pace coming.

"You think you do a better corner, but there's not much more lap time actually. So yeah, [in] the last few races, qualifying has been a bit more of a struggle for us. We definitely need to try and understand and try to be better, like we always try to be.

"On my last lap, I thought I had a really good lap. Then I heard the difference in lap time, and I was a bit like, 'Well, I didn't even need to risk it then if it's such a big gap'."

Despite being beaten to pole position by his championship rival, Verstappen explained that he'd still enjoyed the battle at the track, the first F1 qualifying session at the Losail venue.

"I had a lot of fun out there. Qualifying here has been really cool, it's a really beautiful track and a lot of fun to drive," he said.

"It would have been even more fun if we would have been a bit faster. But sometimes that happens. Nevertheless, I think being second is OK. But it's a big gap and also for tomorrow, when it's such a gap, it's going to be tricky, but we never give up."

Speaking in the post-qualifying press conference, Verstappen and Hamilton had a joke after it was pointed out to the Dutchman that he would be in a "Mercedes sandwich" with Valtteri Bottas starting from third on the grid.

"I've been used to that [as] the last few years have been like that," Verstappen said, with Hamilton smiling, "You can be the lettuce!"

Verstappen responded to laugh, "Tomato, maybe. A vegan sandwich!", and then said: "We've had it before, so I just try to do the best I can."