Red Bull's Max Verstappen said second place was the most he could hope for during qualifying in Brazil, as Mercedes' Lewis Hamilton romped clear. 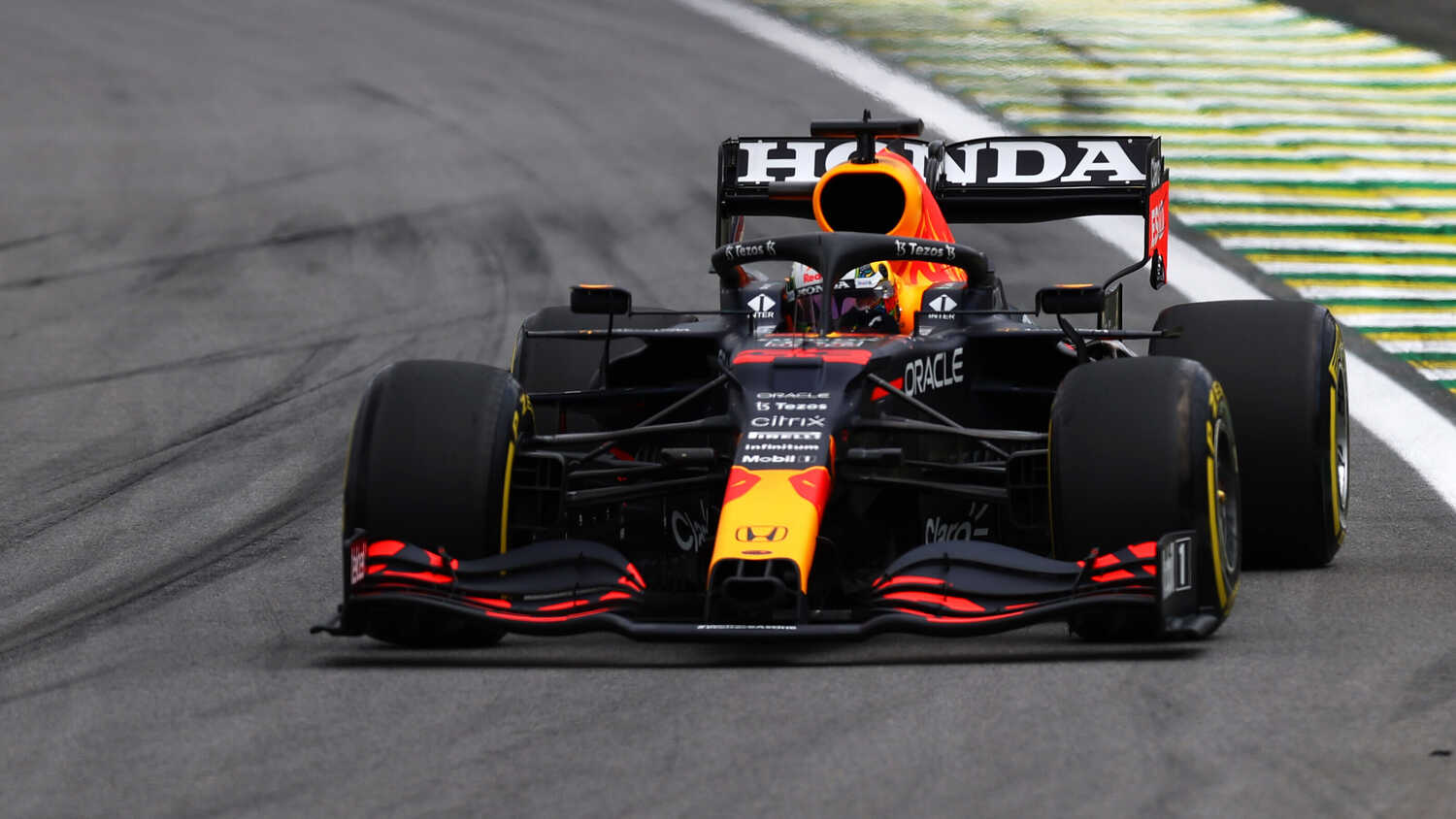 Red Bull driver Max Verstappen has said that second place was the maximum result available to him in qualifying for the Sao Paulo Grand Prix.

Verstappen lines up alongside Lewis Hamilton on the front row of the grid for the Saturday Sprint Qualifying race, albeit finishing a distant four-tenths of a second away from the pace set by the Mercedes man.

With Hamilton set to serve a five-place grid penalty for Sunday's race as a result of having a fresh Mercedes engine fitted in the back of his car this weekend, Verstappen pointed to that change as being most of the reason for trailing his title rival in qualifying.

"When they take a new engine, naturally they have a bit more power for the weekend so, for me, it's not a big shock," Verstappen said after the session.

"I'm just happy to be second, that's a good position to start from. Of course, you always want to be closer, but sometimes you just have to be realistic, and there was not much more in it."

"Sunday is the most important one"

Even if Verstappen finishes second to Hamilton in Saturday's Sprint Qualifying, it will give him pole position for the main Grand Prix on Sunday. As a result, the championship leader isn't too stressed by being so far behind on single-lap pace.

"There are not that many points to gain in the Sprint race," added Verstappen.

"I hope to have a good first lap and see from there and then the most important one is on Sunday."

With temperatures set to climb as the weekend progresses, Verstappen believes there are still questions to be answered about the respective pace of the cars.

"It will be completely different [on Sunday] anyway," he commented.

"It's going to be a lot warmer, so that will change the behaviour of the car as well."