Verstappen explains how he can avoid Perez team orders

The possibility of Sergio Perez having to move aside for Max Verstappen at the former's home race in Mexico has been a key topic of discussion going into the weekend. Verstappen, however, has found a solution to how the problem can be avoided... 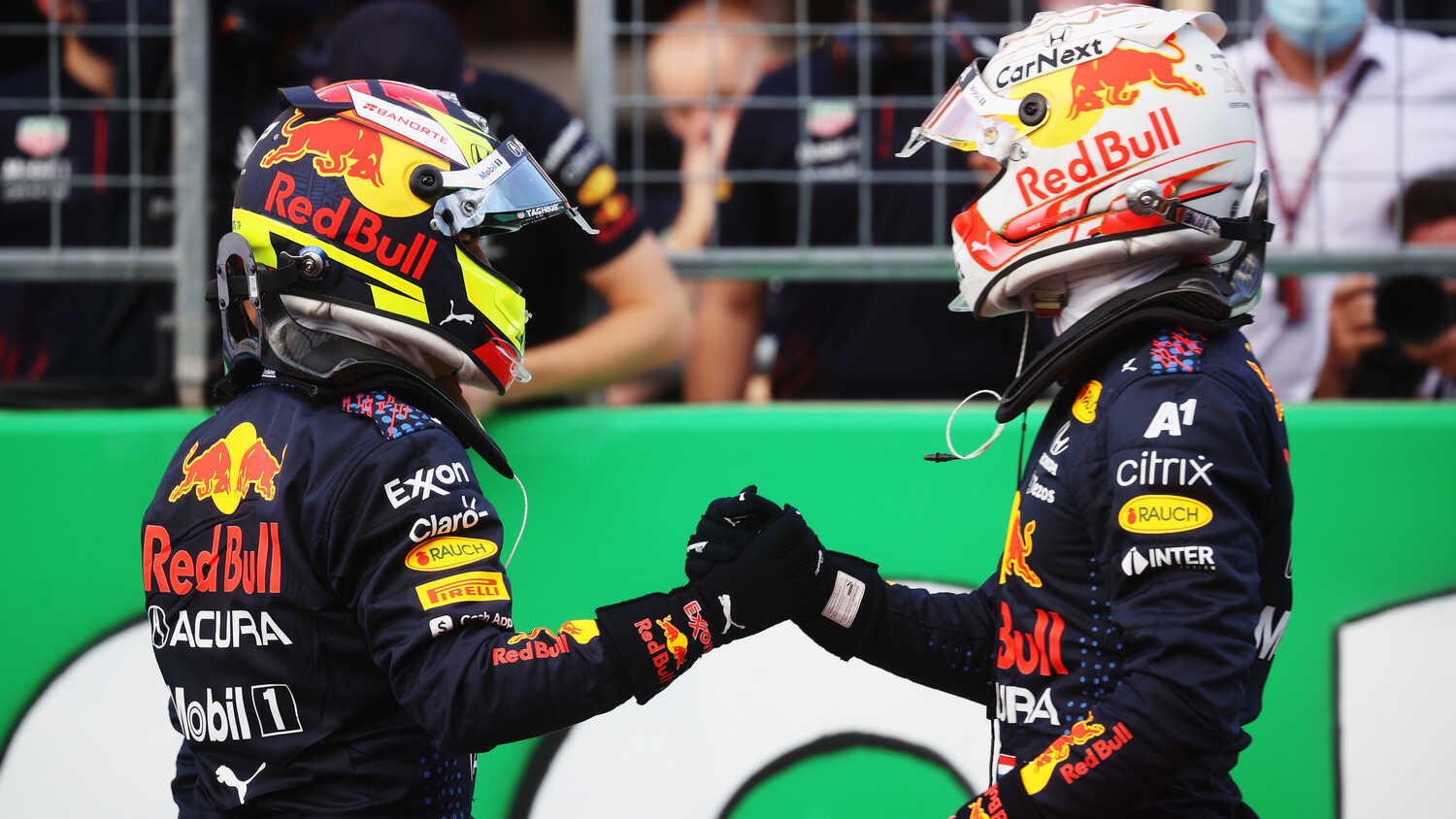 Max Verstappen has jokingly suggested that he can avoid an awkward team orders situation with Sergio Perez by simply making sure he wins every race.

Ahead of the Mexican Grand Prix, a key topic of discussion has been the possibility that Red Bull may be faced with the difficult task of asking Perez to let his title contender teammate past, thus sacrificing a potential win at his home track.

Despite this being talked about publicly by certain figures in the paddock – including Perez himself, who has admitted that it could be "complicated" – Verstappen insists it has not yet been discussed within the team.

"We haven't talked about that yet," Verstappen told media, including RacingNews365.com, before quipping: "I just need to win every race, so we don't need to talk about that at all."

There will undoubtedly be many fans supporting Perez at the Autodromo Hermanos Rodriguez, with 130,000 spectators turning out to watch the Mexican perform a demo on the streets of Mexico City ahead of the Grand Prix.

Verstappen, though, can see the positive side of not being the centre of attention in the way that he was at his own home event at the Dutch Grand Prix.

"It's fine to be less in the spotlight," he explained. "Look, of course, I had it at Zandvoort. That is part of it.

"In the end it's good for the team, because you sell merchandise, so that's nice."

Looking positive for a win

Red Bull's advisor, Helmut Marko, has previously stated that Verstappen needs two more victories to feel confident about winning the title. Verstappen is hopeful over what he can achieve going forwards, but remains relaxed.

"It looks positive, of course, but you shouldn't worry too much about it," the Dutchman said.

"You just have to get the best out of every weekend and at least not think too much about where you win and where you don't."

He is also not certain of having an advantage over Mercedes in Mexico, adding: "You don't know. In America everyone thought Mercedes would win, but we won there in the end.

"It is all in the details. If we don't have it right, we won't win. So we have to make sure we have it right."

Verstappen currently has a 12-point lead over Lewis Hamilton in the Drivers' standings.