Max Verstappen has had a stronger start to the 2021 F1 season than new teammate Sergio Perez, but the Dutchman hopes his fellow Red Bull driver will have a key role in challenging Mercedes. 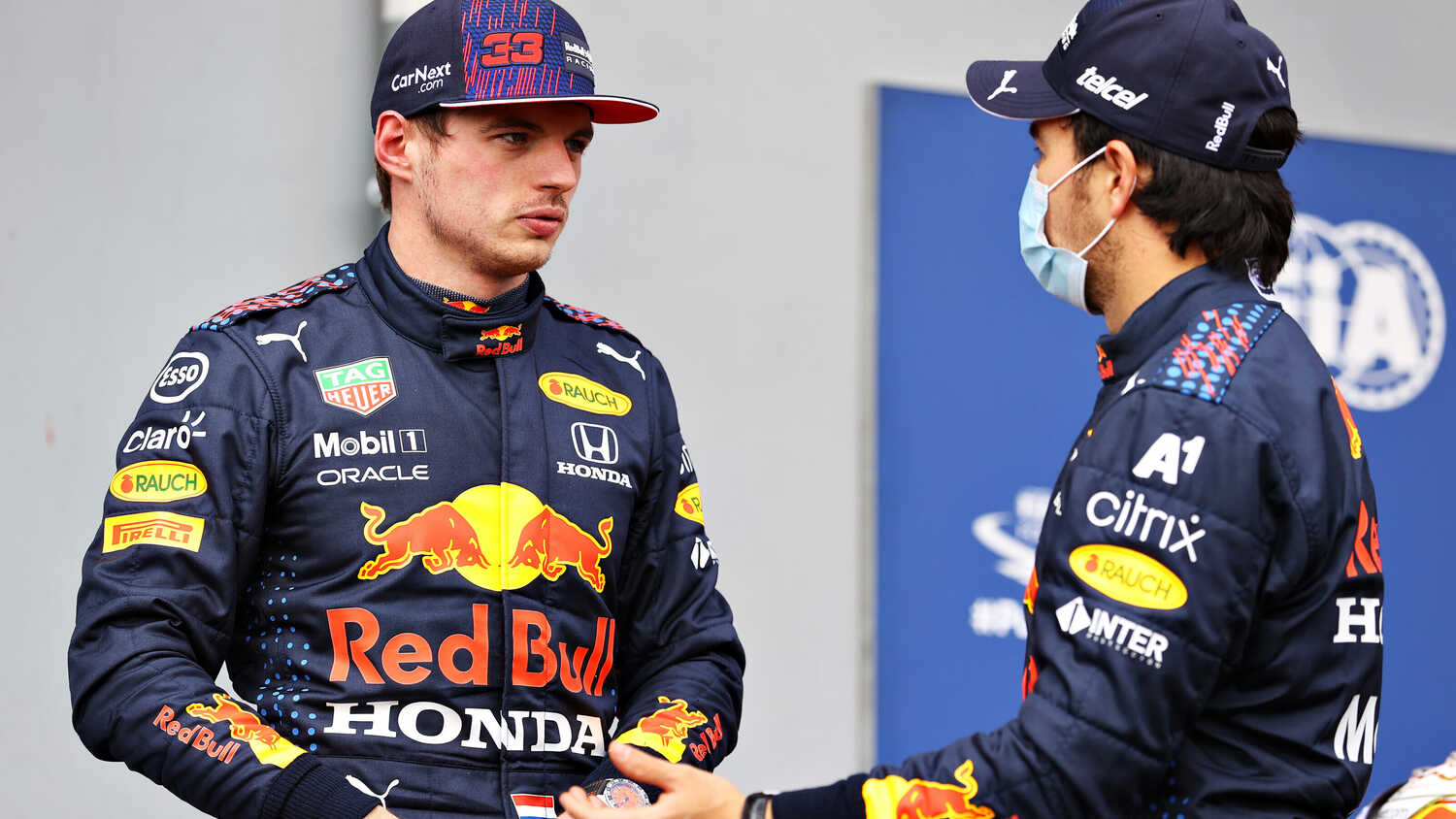 Max Verstappen is hoping that new teammate Sergio Perez will play a vital role in Red Bull's attempts to beat Mercedes in the 2021 F1 title battle.

The Dutchman has had a stronger start to the season than Perez and their fortunes were particularly varied at the Emilia Romagna Grand Prix, a race that Verstappen won whilst the Mexican finished down in 11th. Verstappen believes that Perez could be key in the team's challenge against Lewis Hamilton though.

"I really hope that we can put the fight to Mercedes together," Verstappen told Sky Sports F1.

"Because that will make it more difficult for them as well, when you have two cars fighting against one, it's always going to be a bit harder for that single car.

"At the end of the day, we just need to make sure we have the fastest car all the time, and we don't have to worry about them undercutting us or whatever.

"We should just try to drive away from them."

Verstappen came close to winning the opening race of the season in Bahrain but was denied the victory after being deemed to have exceeded track limits when overtaking Hamilton in the final laps. It is something that the Dutchman is still able to take positives from though.

"We were a bit disappointed because of the result in the race," Verstappen said.

"But in a way I also see a positive side out of that, because last year we would have been very happy to start a season like that, and now we are disappointed.

"It's still a long season."

The 23-year-old added of his title challenge: "It's a team effort. I of course try to be as good as I can, and the team tries to be as good as they can be, and that's at the end of the day how you win championships."