Put Horner and Wolff in a boxing ring! Verstappen and Hamilton agree... 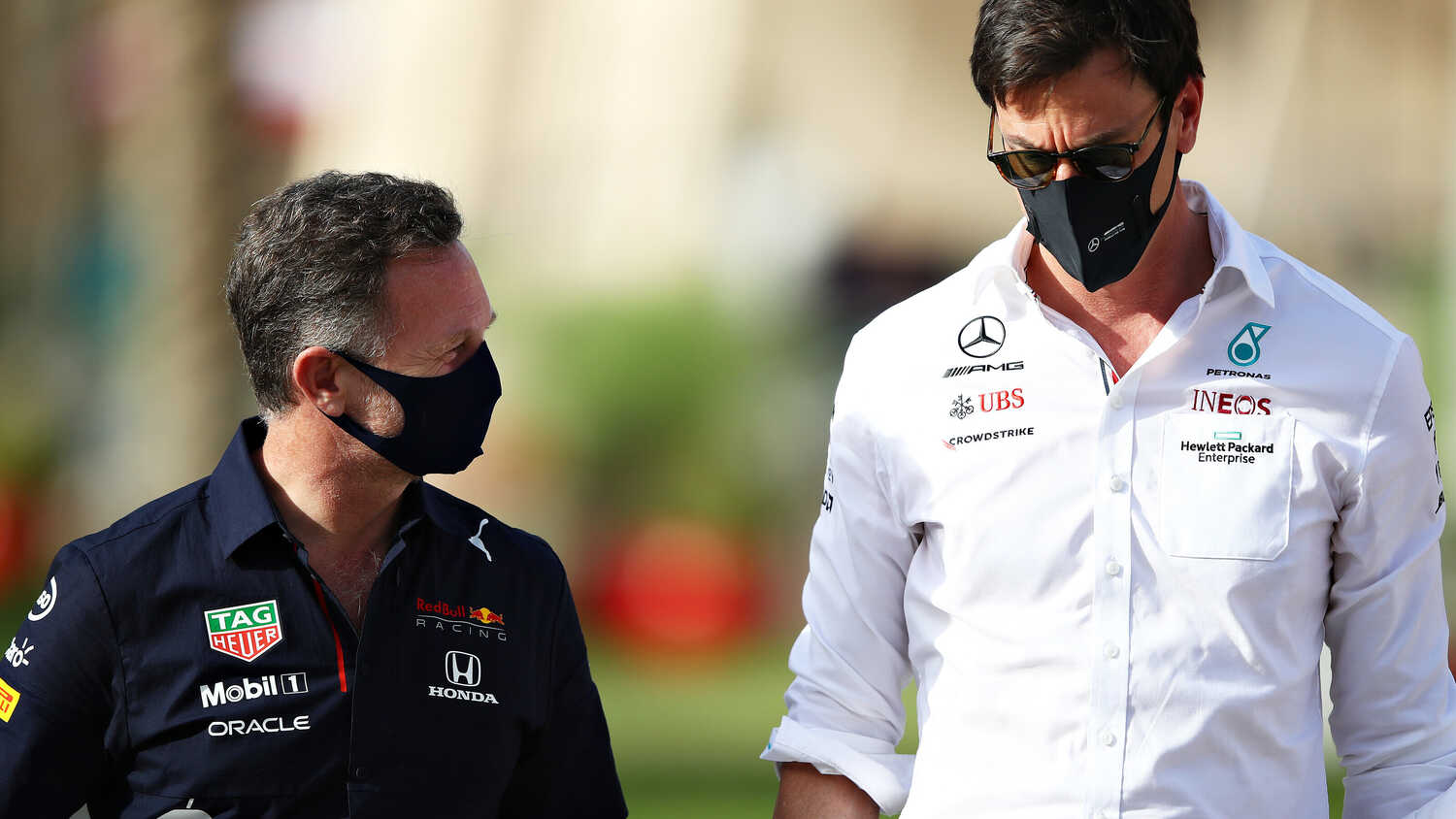 Max Verstappen and Lewis Hamilton have had a light-hearted moment together in the post-qualifying press conference, with the two rival drivers agreeing that their respective team bosses need to step into a boxing ring together.

Red Bull's Christian Horner and Mercedes' Toto Wolff have been constantly sniping at each other through the media in recent weeks, both taking aim at each other's flexing wings and threatening protests. It's led Wolff to dismiss Horner as a 'windbag' on television, with Horner also saying that Wolff should be concentrating on his own business.

"We should get them in the ring," Hamilton joked at the press conference.

"Yeah, I think the weight, the weight division is a bit of a problem. Like in the height. I mean, the reach...!" Verstappen replied, to which Hamilton responded, "They're the same weight, just different heights!"

"I mean, I'm all for a ring anyway, even in Formula 1 instead of penalties. So that'd be great!" replied Verstappen.

"It's Formula 1, it's a lot of stakes involved. So everyone wants to win, everyone is competitive. So I guess it's just a natural thing. And it's good for people to read right? Bit of fire behind it."

Hamilton responded more seriously then, praising both team bosses for their contributions to their respective teams as Wolff and Horner have won every championship between them since 2010.

"I think we got naturally the two top leaders of teams. And they've both contributed hugely to the success of both teams, and great, great leaders. And that's gonna go head to head because we are head to head in this type of battle. So yeah, we generally just like to do our talking on the tracks. So we're just keeping our heads down."