Verstappen: Alonso 'deserves' to be back at the front

Max Verstappen says he would like to see Fernando Alonso back at the front of the grid in F1. 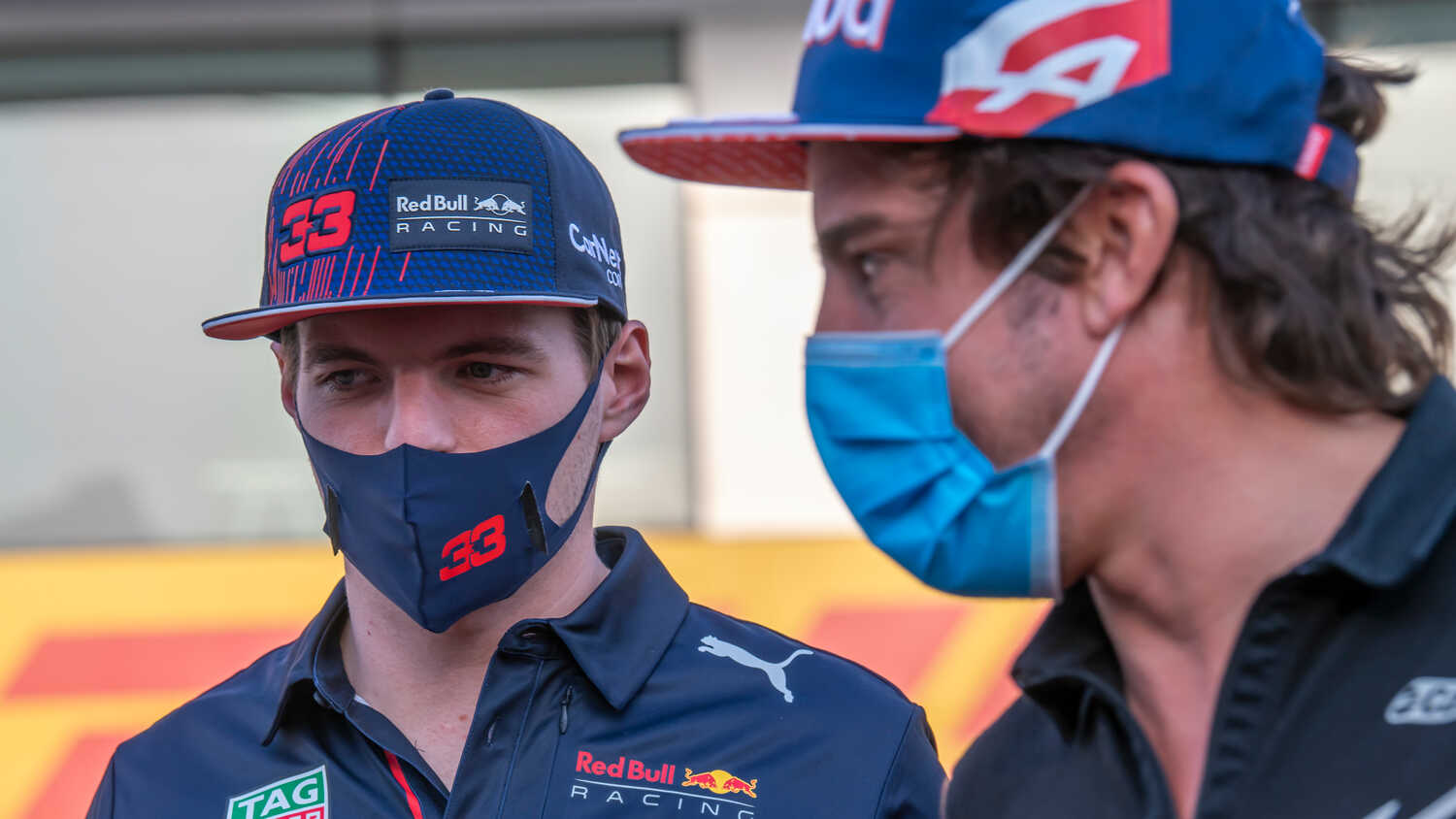 Max Verstappen believes that Fernando Alonso "really deserves" to return to the front of the Formula 1 grid, after spending most of his time in the midfield in recent years.

Alonso scored his first podium for seven years at the Qatar Grand Prix, but hasn't won in F1 since 2013.

His last serious title challenge came in 2012 and he has often been restricted to lesser points-paying positions since his move to McLaren in 2015, and his return to F1 with Alpine this year.

"I would like to see him [Alonso] back at the front," said Verstappen in an interview for sponsor CarNext.

"He really deserves it. He's a two-time World Champion. It's also really nice to talk to him and see how he thinks about situations."

At the Hungarian GP, Alonso half-joked to the media that he fought hard to keep Lewis Hamilton behind him to not only help Alpine teammate Esteban Ocon, but Verstappen too.

The new 2022 F1 regulations could shake-up the current pecking order, and previous major technical rule changes have seen midfield teams vault to the top of the sport.

Verstappen says if he was able to battle against Alonso for race wins, his relationship would be a "different story", but there would still be a high level of respect.

"At the moment, I have a really good friendship with Fernando," said Verstappen. "When I was still go-karting, I really liked his style.

"He also [has] that 'never give up' [attitude] and is a real fighter. Unfortunately, in the last few years, he hasn't been able to do that at the front, because he doesn't have the car.

"But I like his attitude, he's really on fire and [has the] drive and motivation at his age to still be there in Formula 1, wanting to be there for a longer time.