Vandoorne picks through the chaos to win in Rome

Mercedes EQ driver Stoffel Vandoorne took victory in the second Formula E race in Rome this weekend after losing out following a crash with his teammate from starting in pole position yesterday. 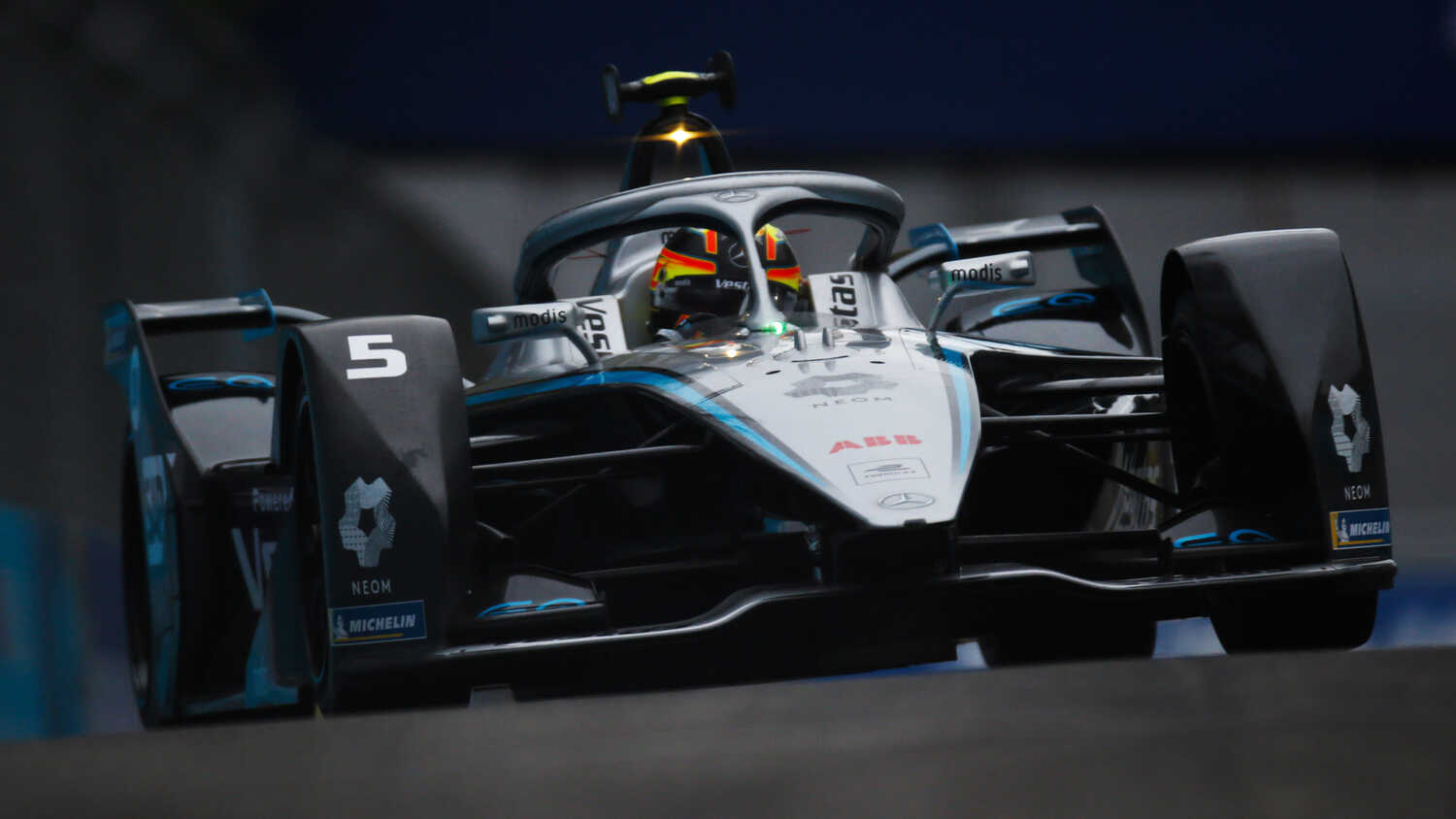 Stoffel Vandoorne managed a strong performance to take home the win for Mercedes EQ at Sunday’s Formula E Rome E-Prix after another race marked by safety cars and racing incidents.

The second race like yesterday started under safety car conditions even though the track appeared to have dried up considerably since qualifying. However, the increased grip didn’t mean it was drama free after maiden pole sitter Nick Cassidy of Envision Virgin Racing spun out after locking up his rear brakes at Turn 7.

Cassidy subsequently slipped down the order and while he attempted a bold comeback with a series of overtakes to climb back, he ultimately came undone after a move on Oliver Rowland in the Nissan E.Dams, which gave the Kiwi driver front wing damage and a rear puncture, and earned Rowland a 10-second time penalty later in the race.

Vandoorne took advantage to overtake Norman Nato for second and eventually used his attack mode to take the lead from Pascal Wehrlein in the TAG Heuer Porsche.

When a collision took Audi’s Lucas Di Grassi out of the race after he came together with Nissan E.Dam’s Sebastien Buemi on the straight, Vandoorne was able to maintain his lead during the subsequent yellow flag as Wehrlein’s planned attack mode advantage drained away.

Alexander Sims in the Mahindra Racing car drove a strong race to finish second after qualifying sixth, catching Wehrlein unawares on the green flag after the safety car came in, as Vandoorne continued to build his lead at the front.

Wehrlein subsequently ceded third to Nato, but was given back the podium spot at the end of the race after Nato was disqualified for using excessive power.

The other Audi of Rene Rast hit the wall at the final corner of Turn 19 which broke his car and took the team out of the race, bringing out yellow flags and the safety car once again with eight minutes + 1 lap to go.

When the race was restarted, Vandoorne managed to hold the lead with only 1 lap to go under pressure from Sims, activating his FanBoost to give him the extra edge and take home the race win and fastest lap.

There was a huge collision in the midfield on the last lap which pushed out the championship leader going into this race, Jaguar Racing’s Sam Bird, as well as Rowland and Mercedes EQ’s Nyck De Vries, who were all taken out.

DS Techeetah’s Antonio Felix Da Costa also had a solid showing, finishing seventh after he had qualified in 16th, while his teammate and yesterday’s race winner Jean-Eric Vergne finished out of the points in 17th.