Todt: I admire Hamilton as a racing driver

The FIA President has praised the seven-time world champion and has compared his work away from F1 to Michael Schumacher's push for road safety. 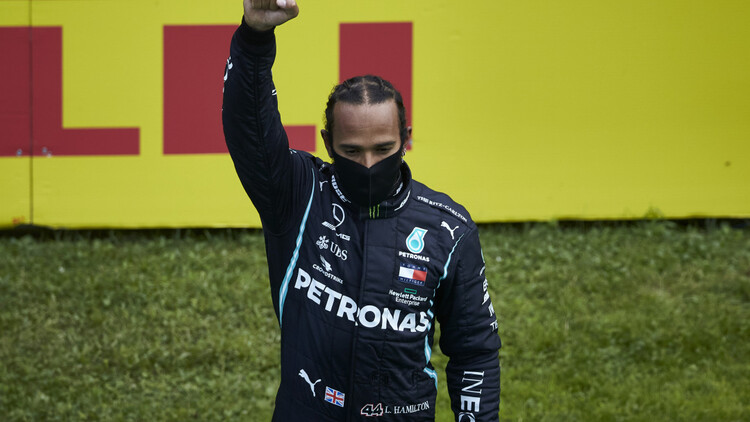 Hamilton has been a major voice to end racism and has urged people to learn and understand discrimination against people of colour, especially in the last 12 months.

"I admire Lewis as a racing driver," Todt told RacingNews365.com and other select members of the press. "He is very talented, very focused, very successful, very blessed to have had also to drive the best car. I mean, it's a combination.

"Michael, it was not on diversity, it was more on road safety and the environment. Lewis is more on diversity. And I can understand where it comes from. t's always one approach which is linked to a personality. There is a lot to be done."

Todt feels that people need to take action rather than simply using words in the fight against racism and other forms of discrimination.

"When you claim something, it's not enough," said Tost. "I would really love to see more actions than words and action can be done."

F1 has come under some scrutiny for visiting countries which have human rights issues. The inclusion of the Saudi Arabian Grand Prix on this year's calendar was seen as a particularly controversial move by some people but Todt thinks there are no problems with F1 going to those locations.

"In my opinion, going to those countries, gives a chance for people who are negative about your country to speak, which probably they will not have otherwise," added Tost.

"Once the calendar is proposed, it goes to me. Then to the world council comes who agrees. I never recall having one guy saying 'we should not go there'. It's a combined agreement to go to those countries.

[For] five years I’m very much involved with the UN as secretary general special envoy for road safety. If you see the high-level panel I am sure that you are well aware I made on road safety, you have Zeid [Raad] Al Hussein, a former high commissioner for human rights.

“Incidentally Stefano ]Domenicali] was there, he came to visit me, and I had Jacques Toubon, former justice minister who has been until last year in charge of human rights in France, and I spoke with him about that.

"Everybody is in favour of having races wherever around the world. The only thing is, we are a sport, it’s also something I discussed very often with the Olympic Committee, with Thomas Bach, with Christophe De Kepper, because they have the same problem. And clearly we consider that sport should not be involved with politics.”