The story of F1's first timekeeper

Ever wondered how Formula 1 managed to keep track of a driver's lap time before the advent of computers? Read the story of F1's timekeeper who played a crucial role in helping the right person start on pole for the 1971 Italian Grand Prix. 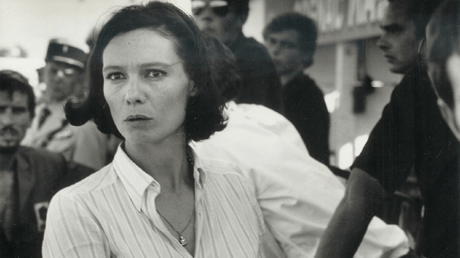 Have you ever wondered how Formula 1 kept a track of driver's lap time prior to the advent of the digital system used today? We can tell you that the process was extremely complex and required a lot of tenacity, which one woman displayed in spades.

Introduced to motor racing in 1956 when her godfather, Robert Brunet, took her to watch Mille Miglia in 1956. Dubosc instantly fell in love with motor racing.

Deciding where her interests lay, Dubosc would take her driving test and pass it at her first time of asking shortly after the race. She then began researching for events to compete in and eventually settled on rallying, where she would act as a co-driver for several notable names such as Henri Pescarolo, Marie-Claude Beaumont, and Bernard Consten.

It wasn't until Dubosc met French racing driver and journalist Jose Rosinski, that she would switch her field of interest to circuit racing, acting as a timekeeper at his behest. Using the guidance of Ken Tyrrell and Gerard Crombac, Dubosc quickly learned the art of timekeeping, something she would become extremely proficient at.

Dubosc would join the Matra team following Rosinski and spend 25 years with them. One of her key contributions during her time with the French team was ensuring that fairness prevailed at the 1971 Italian Grand Prix. With Jacky Ickx close to profiting off some dubious timekeeping, the Matra team would protest the event's qualifying result using Dubosc's record of the events to stake their claim. Her notoriety for accuracy was such that the event organizers had to yield and Matra's Chris Amon rightfully took his place at the front of the grid.

The native from Guadeloupe would develop a reputation of being a consummate professional, lap charting the entire 24 Hours of LeMans on several occasions without taking a single break. Her dedication was so unwavering that she would stop drinking any type of liquid a full day before the race was flagged off to ensure she would be able to record every single lap.

Dubosc's other standout moment came during one of F1's expeditions to Long Beach, where the timekeepers of the event mixed up the qualifying order forcing F1 supremo Bernie Ecclestone to intervene and use Dubosc's record of events to set the grid for the race that weekend.

Though Matra would withdraw from the sport Dubosc would spend several years with teams such as Hesketh and Ligier before ultimately calling time on her career sometime in the 1980s.

Known for honesty, kindness, and love of life, the chronométreuse would pass away in 2005 after a long illness at the age of 72. However, the image of her perched atop a stool or a pile of tires, with a stopwatch in one hand and lap chart in the other is one that will no doubt define a bygone era of Formula 1.