According to reports in British media, the lack of transparency on the ongoing FIA investigation could result in Lewis Hamilton not returning to F1 in 2022. 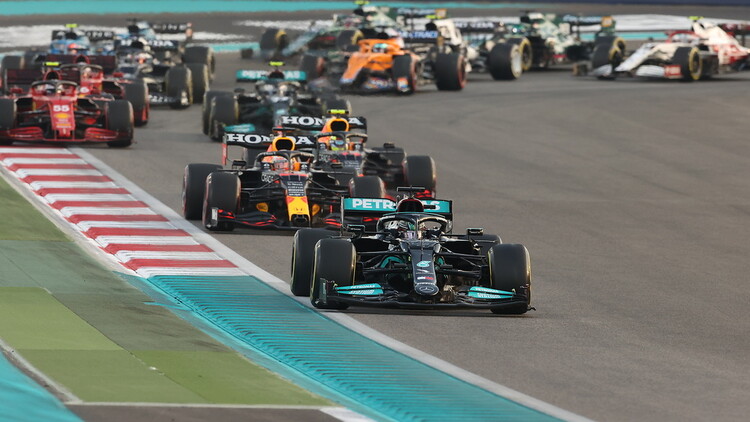 Lewis Hamilton's return to F1 in 2022 might not happen if the FIA continue to drag their heels on releasing the results of their investigation into the events of the 2021 season finale in Abu Dhabi, according to Sky Sports' Craig Slater.

The reporter was interviewed on Sky Sports News on Monday evening, where he was asked for an update on the situation regarding rumours about Hamilton's desire to continue in the sport.

Hamilton's participation in 2022 has been called into question after decisions made by the Race Director, Michael Masi, in Abu Dhabi went against Mercedes and Hamilton. Having led the majority of the race, a late Safety Car closed up the field and gave Red Bull's Max Verstappen the opportunity to pit for fresh tyres.

Masi then cleared the lapped cars between Hamilton and Verstappen out of the way but, crucially, didn't clear all the lapped cars throughout the field as the Sporting Regulations would suggest is required. Under initial appeal by the stewards, another regulation stipulating that the Race Director has ultimate control over the Safety Car withdrawal procedure cleared Masi.

Mercedes signalled intent to appeal, but the FIA then announced that a full investigation would be carried out into the events of the evening. The report from that investigation is yet to be released, and Slater believes the longer it's dragged out, the smaller the chance of Hamilton's return in '22.

"Right now, I can tell you it is still unclear, 69 days to go to the first Grand Prix in Bahrain," he said.

"I have heard from senior sources close to Lewis Hamilton that, whether or not he will be on the grid for the first race of the season, is still unclear at this point.

"Remember, on the night in Abu Dhabi at the end of that grand finale to the season, he stood on the podium alongside Max Verstappen. He congratulated Verstappen, he behaved with great dignity. He left quietly at the end of the day without speaking to reporters; the only interview he gave was the Jenson Button [one], where he said in terms of next year, 'Well, we'll see about that'.

"I've spoken to various individuals since, who have had some contact with them.

"By and large, they told me that they expected Lewis to be back to try and win an eighth world title in 2022.

"What they explained to me, though, was that, even if he seemed to take it well on the night, it hit him very hard in subsequent days what went on – the manner of losing the victory on the night and, therefore, the championship.

"Remember, he said over team radio that he felt what had happened towards the end of the Grand Prix was that events had been manipulated."

"Mercedes want to see something tangible"

With Mercedes initially seemingly placated by the promise of the FIA investigation, Slater explained that the onus is now on the governing body to deliver on that promise and be transparent about what they've discovered.

"Mercedes initially launched a stewards' protest. That was thrown out, they notified of their intention to appeal, they only withdrew that intention to appeal before the FIA's International Court of Appeal because the FIA said they were going to investigate what went on in the final lap of that Grand Prix," he added.

"What I can report today is that, in terms of Lewis Hamilton coming back to Formula 1 and having the appetite to do so getting over the disillusionment, which his team boss Toto Wolff stated he had for the sport after the events of December, they believe the onus is on the FIA to deliver on the pledge they made before Christmas to investigate the happenings on that final lap.

"The longer this drags on, the longer we don't get a result to that investigation and some findings from the FIA in terms of how F1 is to conduct itself going forward, then the worse the Lewis Hamilton situation is. That's from a senior source close to that situation, which I think is significant.

"So while you would expect Lewis to be back trying to win that eighth world title, as things stand at the moment, it is unclear within the team that that is what he will be doing. I suppose all the options might be on the table, maybe even a sabbatical year for Lewis if he doesn't feel ready to come back in 2022 as well.

"So as far as the team are concerned, the onus is on the FIA to make good on their pledge to investigate that final lap in Abu Dhabi, and to come up with some findings."