Susie Wolff, the wife of Mercedes team boss Toto Wolff, has shared a statement criticising the way in which the rules were applied to the closing stages of the Abu Dhabi Grand Prix. 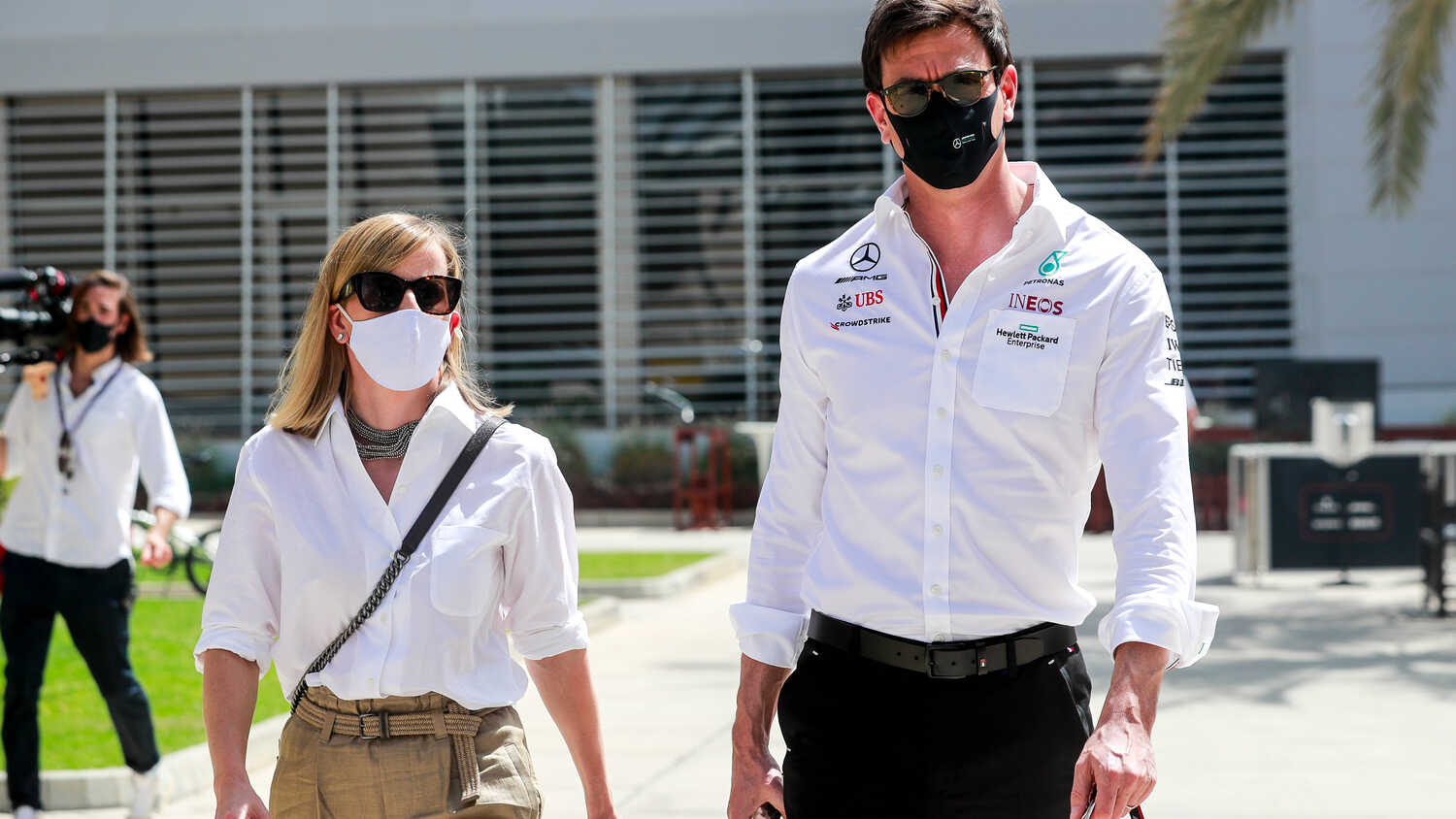 Susie Wolff has said that she is still in "utter disbelief" over the controversial ending to the title-deciding Abu Dhabi Grand Prix.

The former racing driver, and wife of Mercedes team boss Toto Wolff, shared a statement via social media in which she criticised the decisions made by race control during the final laps of the event.

A Safety Car was called five laps from the end of the race, leading Max Verstappen to pit for fresh Soft tyres, whilst Lewis Hamilton remained on track in the lead on an old set of Hards.

With just one lap remaining, the Safety Car was called in, and the five cars in between Verstappen and Hamilton were allowed to unlap themselves. Verstappen was able to catch Hamilton and overtake him, meaning that the Red Bull driver clinched the race win as well as the World Championship.

Wolff has claimed that Hamilton was "robbed".

"What happened is still hard to comprehend"

"Going in to this final race weekend, I believed both teams and both drivers deserved to win," Wolff wrote on Twitter.

"It was going to be a spectacle, an historic race that we all hoped would end without controversy. That wasn't to be.

"What happened is still hard to comprehend and leaves me with a sick feeling. Not the losing - and not Max or Red Bull - they are deserving winners and we always knew it was a strong possibility we may not win - but the way in which Lewis was robbed has left me in utter disbelief.

"The decision of one person within the governing body who applied a rule in a way which has never been done before in F1 single-handedly decided the F1 Drivers' World Championship. Rules are rules, they can't be changed on a whim by one individual at the end of a race."

Wolff has praised Hamilton for how he handled defeat, and hinted that she hopes to see a different approach taken by the FIA next season.

"Lewis Hamilton, you have shown incredible integrity and dignity in the face of injustice," she said.

"You are the greatest there has ever been. The outcome of the last laps on Sunday? Those who know, they know, even those who can't quite bring themselves to admit it.

"Congratulations Max and congratulations to each and every member of Mercedes-AMG F1 on your record breaking eighth Constructors' title - I hope by March of next year there is a governing body with sporting integrity and fairness at its core so I can fall back in love with F1."

Mercedes lodged two protests with the stewards at the Yas Marina Circuit, but both were dismissed in the hours after the race.

They indicated an intention to appeal the protest regarding the race classification due to how the Safety Car withdrawal was handled, because there is a rule which states that the Safety Car should not have pitted on the same lap when cars unlap themselves, and not all cars were able to gain a lap back.

However, after several days of silence, the team have now confirmed that they will not be going ahead with the appeal.