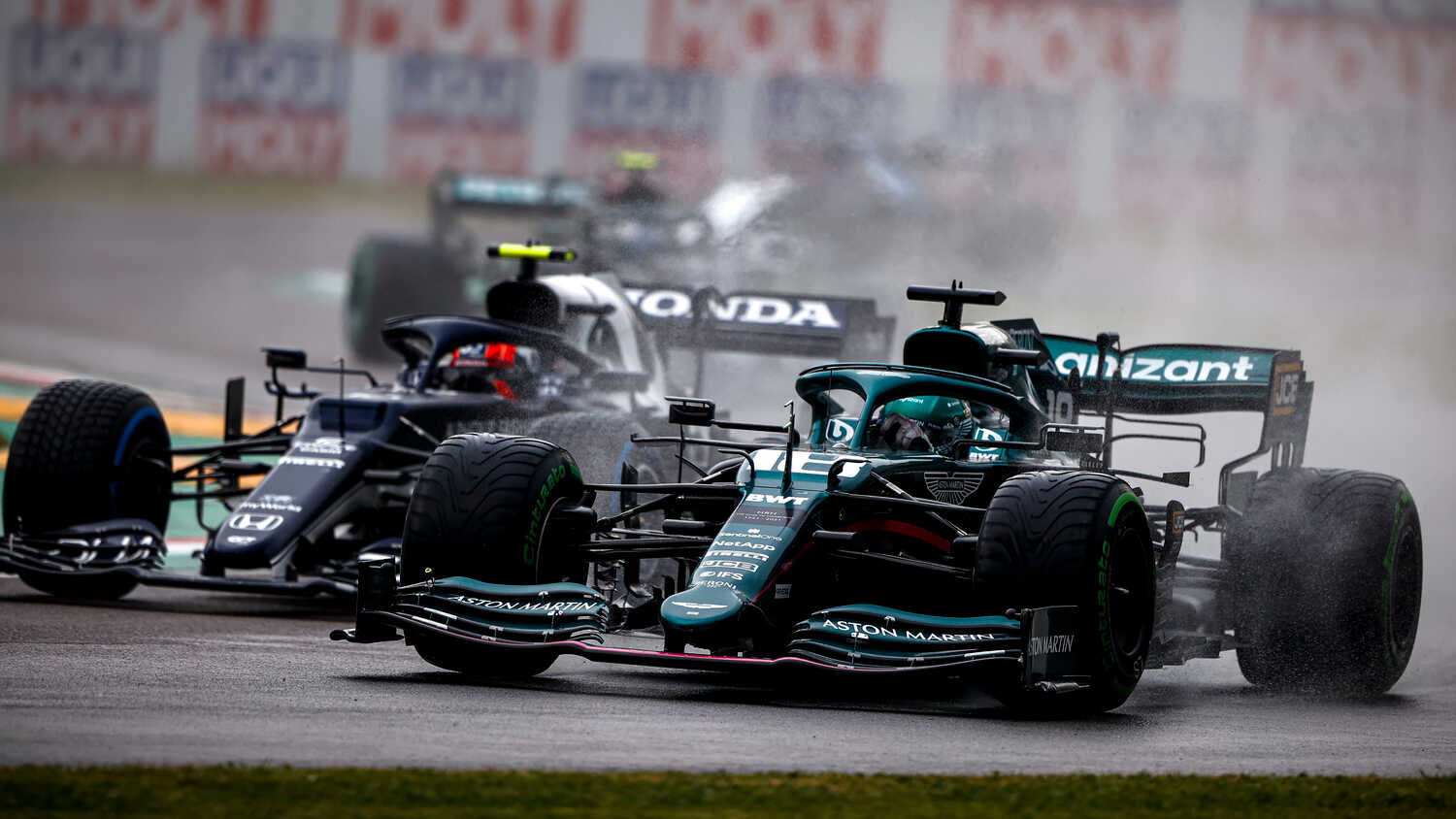 Aston Martin's Lance Stroll has explained that the team's 2021 car is still a step forward for the team, despite being less competitive in the midfield.

The team's RP20 from 2020 was a very competive machine, with multiple podiums and a race win courtesy of Sergio Perez at the Sakhir Grand Prix.

The 2021 Aston Martin is yet to show the same speed, with the team almost a second a lap slower than they were last year at the same venues. This is after regulations brought in to reduce rear downforce across the field appears to have hit the low-rake Aston aero philosophy particularly hard.

"In terms of balance, I think we're actually not in a terrible place with the car," Stroll told media, including RacingNews365, ahead of the Portuguese GP. "In Imola, it felt very nice to drive.

"In some ways, I think we've progressed you know, in terms of balance from where we were last year. But, ultimately, it's load that we're lacking. We lost a lot of load and we're trying to recover from that."

It's full speed ahead for Aston to try closing the gap to rejoin the upper midfield, with Stroll identifying two teams in particular as having jumped ahead of them.

As well as being largely uncompetitive, Aston's weekend in Italy was ruined last time out by brake issues that struck both cars ahead of the race. While Stroll was able to have his rectified in time for the start, Sebastian Vettel was forced to start from the pits and picked up a penalty at the same time.

Asked about what the problem was, and whether it's been fixed, Stroll said: "Yeah, for sure.

"We know what happened, [it] was just our heating strategy that was too aggressive. We didn't run in the wet at Imola before. So we got a few things wrong. But yeah, we are on top of it now."