Guenther Steiner admits that a recent video posted by Haas on social media showing Nikita Mazepin receiving a joke present was part of an effort to show that the Russian driver is different to how he may often be perceived. 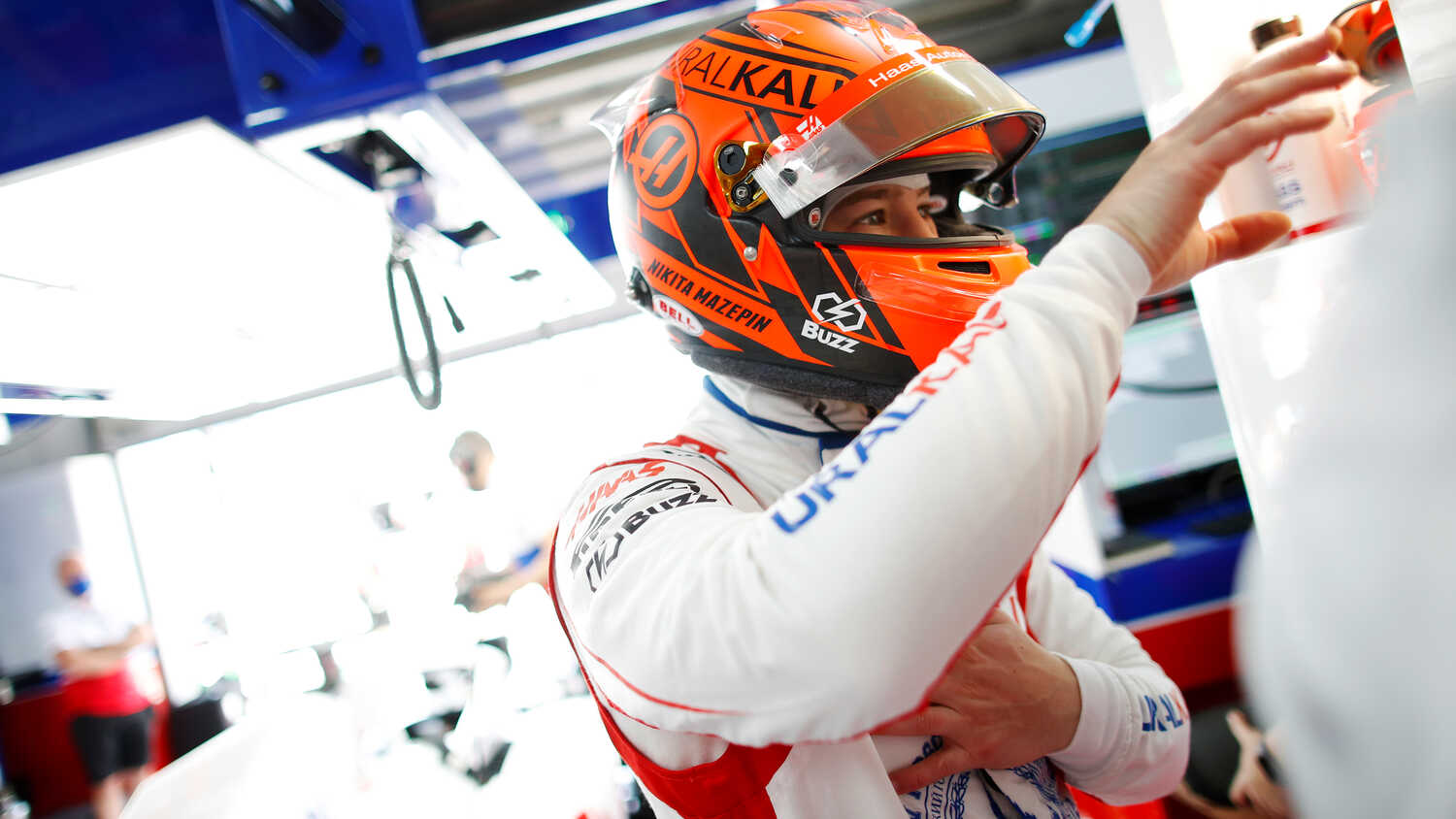 Guenther Steiner hopes that F1 fans are starting to see that Nikita Mazepin has a sense of humour and is not "miserable".

Haas posted a video on social media ahead of the Styrian Grand Prix showing Mazepin receiving the joke gift of a spinning top from Steiner, a reference to his 'Mazespin' nickname.

"It's the Mazespin game. You spin this one: it is better than spinning the car!" Steiner quipped in the footage.

Steiner believes that Mazepin's good-humoured reaction to the present might help to show that the Russian driver is not the person that many think he is.

"He was not uncomfortable," Steiner told RacingNews365.com and other select media. "He was pretty happy. You know, there is a happy Nikita Mazepin as well.

"He's not this unhappy kid you all think he is, this miserable young man. He's got a good sense of humour, you know?”

Mazepin has received a fair amount of criticism on social media since arriving in Formula 1 and Steiner admits that the video was part of an effort to provide something positive rather than negative.

"I think it was decided to be a little bit funnier," the team principal explained. "We can be also funny here.

"It seems to be always everything on social media about Nikita is about bad things, so there can be also good things, you know? We try to use it to our advantage, and get away from the naysayers."

With Mazepin generally finishing races towards the very back of the pack, the Russian has spoken of his hopes to have a Grand Prix where he is not lapped, but Steiner admits that Mazepin might be waiting a while for that particular present.

"To think this year for it to happen will be very difficult," Steiner said. "The blue flags they kill you, because they kill your tyres and it's just a difficult spot, because you're always around cars, and you cannot perform.

"So let's hope next year it happens. I mean that is our aim, but this year it will be difficult."