Shovlin: Mercedes don't really have any strengths against Red Bull

Mercedes' Head of Trackside Engineering Andrew Shovlin believes their W12 doesn't have any particular area in which it's better than Red Bull's RB16B. 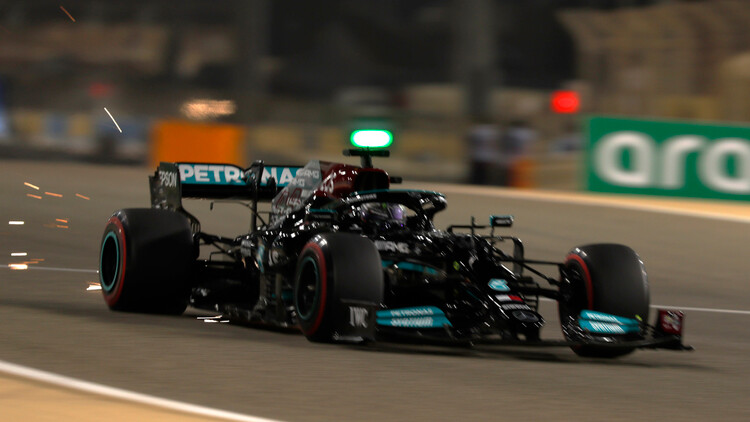 Mercedes may have defeated Red Bull to take victory at the first race of the season, but Andrew Shovlin believes their car doesn't have any particular individual characteristic that's better than the Red Bull.

Red Bull's new RB16B appears to be a very strong racing car to start the season, with Red Bull usually not hitting the ground running from the first race.

With the RB16B so quick out of the blocks, Merc's Head of Trackside Engineering Andrew Shovlin believes their W12 doesn't eclipse the Red Bull in any one area.

"We don't really have any strengths relative to them, is what I would say," Shovlin said to RacingNews365.com in addition to other select members of the press.

"We've had a lot of years where we've been able to rely on straight line speed, or high speed cornering, or interconnected corners.

"Look at it here and we weren't taking any time out of them anywhere.

"There were a couple of corners, they really took chunks out of us in qualifying, the high speed, also Turns 9 & 10, they were very strong there.

"That's really the main thing we saw in qualifying. We're just bang on their pace in our best corners and they're quicker in the others. So we need a faster car. Simple as that."

With a budget cap now in place, and development severely restricted, Shovlin explained that progressing the W12 into a faster car is going to be a mammoth task.

"The key thing this season is it's different," Shovlin explained.

"Normally, you would look to the wind tunnel to try and just put on a bit of downforce over the course of the year. You also look at the power unit to try finding a bit of power, but both of those are very restricted by regulation. So we have very little time in the wind tunnel.

"The dyno is also heavily restricted, you can't develop the engine for performance this year. So we're having to look at more subtle areas to deal with driveability and characteristics.

"I think also arriving at the circuit with the car well sorted and balanced, doing your homework, knowing how long the tyres will run, I think, this season, this championship is actually going to come down to the fine margins more than normal.