Shovlin: Mercedes can't account for the time lost to Verstappen

Mercedes engineer Andrew Shovlin has explained that the team aren't quite sure where they lost the time to Max Verstappen as Red Bull undercut them. 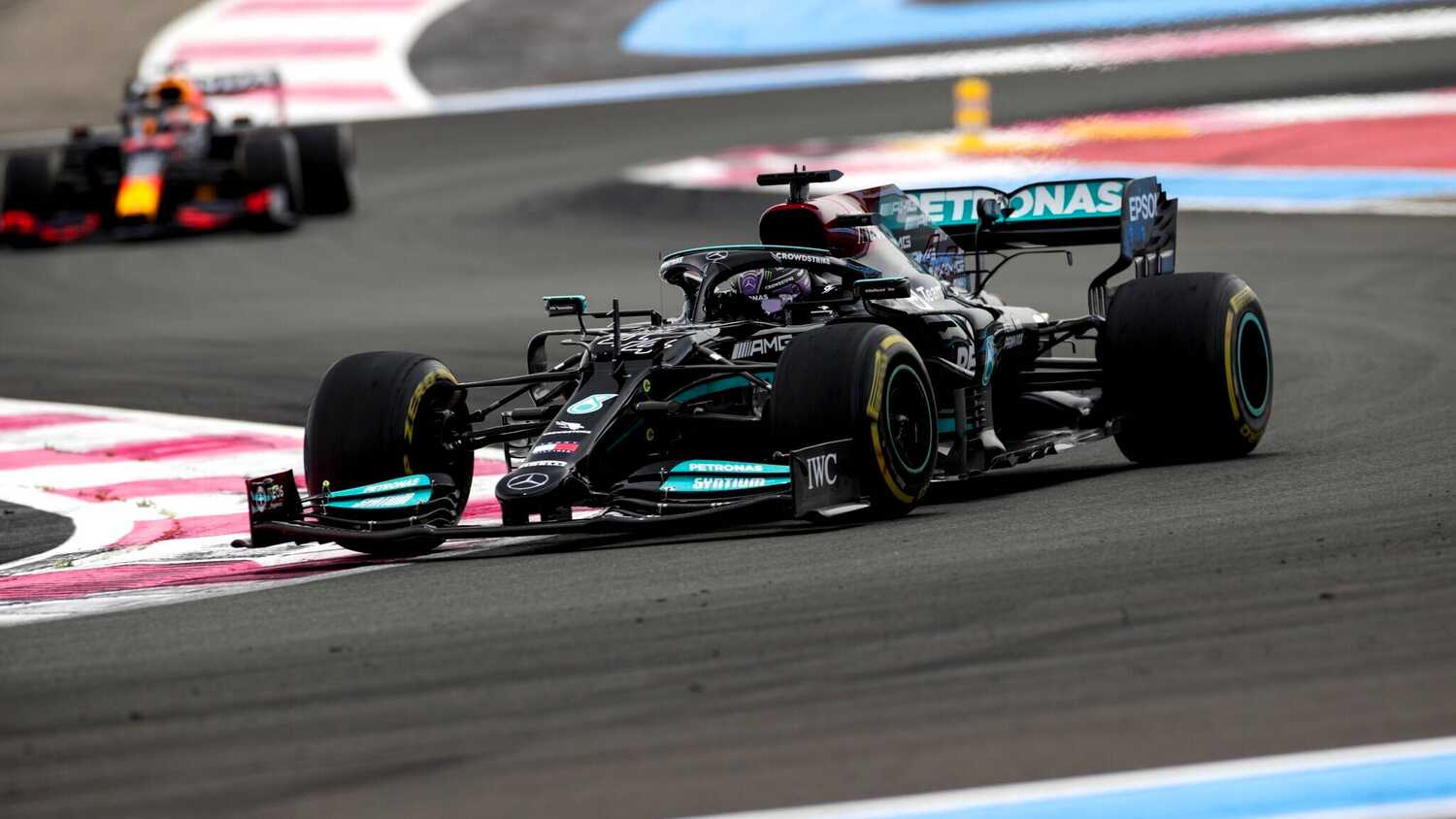 Andrew Shovlin has explained that Mercedes are yet to fully account for all the time lost to Red Bull's Max Verstappen after the Dutch driver successfully undercut them at the pit stops.

Verstappen had been three seconds behind Hamilton when he pitted on Lap 18, with Hamilton pitting on Lap 19, to swap to the hard compound. Despite that three second lead, Verstappen stole the lead away as Hamilton emerged from the pits. With Hamilton's pit stop time being marginally slower than Verstappen's, Shovlin explained the team can't yet figure out where the lead was lost.

"Well, we thought when we had just over three seconds to Max, we were safe from the undercut," Shovlin told select members of the media, including RacingNews365.

"And that wasn't the case. And, even now, we don't fully understand why our models were telling us that we would have been okay.

"So clearly, there's something we need to go off and understand there. But if we brought Lewis in the lap after Valtteri [Bottas], whether Max would have followed us in, I don't know. "

"But, if we'd done that, I think that would have put us in a decent position. I think converting Lewis to a two stop wouldn't have worked the same, because Max only just got us and we would have had to get through Sergio [Perez].

"And, of course, that's going to be more difficult for Lewis than it was for Max. So really, it was just that we thought we were okay. We couldn't have been any further up the road. Lewis had gone flat out in that first stint, but it would just be bringing him in a lap earlier."

Shovlin admitted the team had underestimated the ability that Verstappen had to undercut them from so far back, and pinpointed the strength of the hard tyre as being a pivotal ingredient in the strategic battle.

"The hard tyre was good. And it was good out of the box," he explained.

"But that's the bit I'm saying we still need to go through because we haven't yet understood quite why we lost the position. We can account for about two and a half seconds or three seconds. But it's something that we need to dig into the fine detail to understand how we were undercut from so far back because we weren't expecting that."