Perez crashes out before the race even starts at Spa

Red Bull's Sergio Perez's race is over before it's even begun, as the Mexican has crashed out on a reconnaissance lap to the grid. 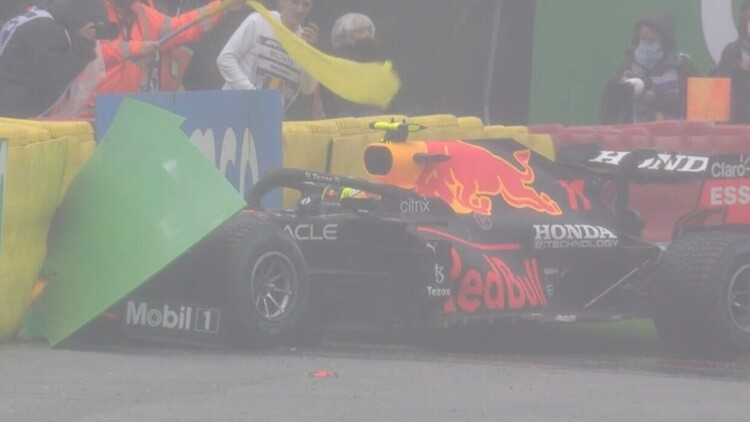 Sergio Perez will not take part in the Belgian Grand Prix after crashing out on his way to the grid.

Perez was on his reconnaissance lap in wet conditions at Spa-Francorchamps when he took too much kerb going through the Les Combes corner. Losing grip, he slid off into the barriers.

While the Mexican was unhurt, the impact was sufficient to cause quite serious damage to the right front of the Red Bull, with Perez told over team radio that his race was done and to kill the engine and climb out.

Red Bull's Jonathan Wheatley confirmed to the FIA's Race Director, Michael Masi, over the radio that the suspension damage was too much to get repaired to make the start of the race.

Perez, who arrived in Belgium with a freshly renewed contract at Red Bull for 2022, was due to start the race from seventh place, but will now have to watch on from the sidelines as teammate Max Verstappen starts from pole position.