Ferrari's Carlos Sainz is unsure of when the Italian team will stand on an F1 podium again given the unusual nature of the Monaco street circuit. 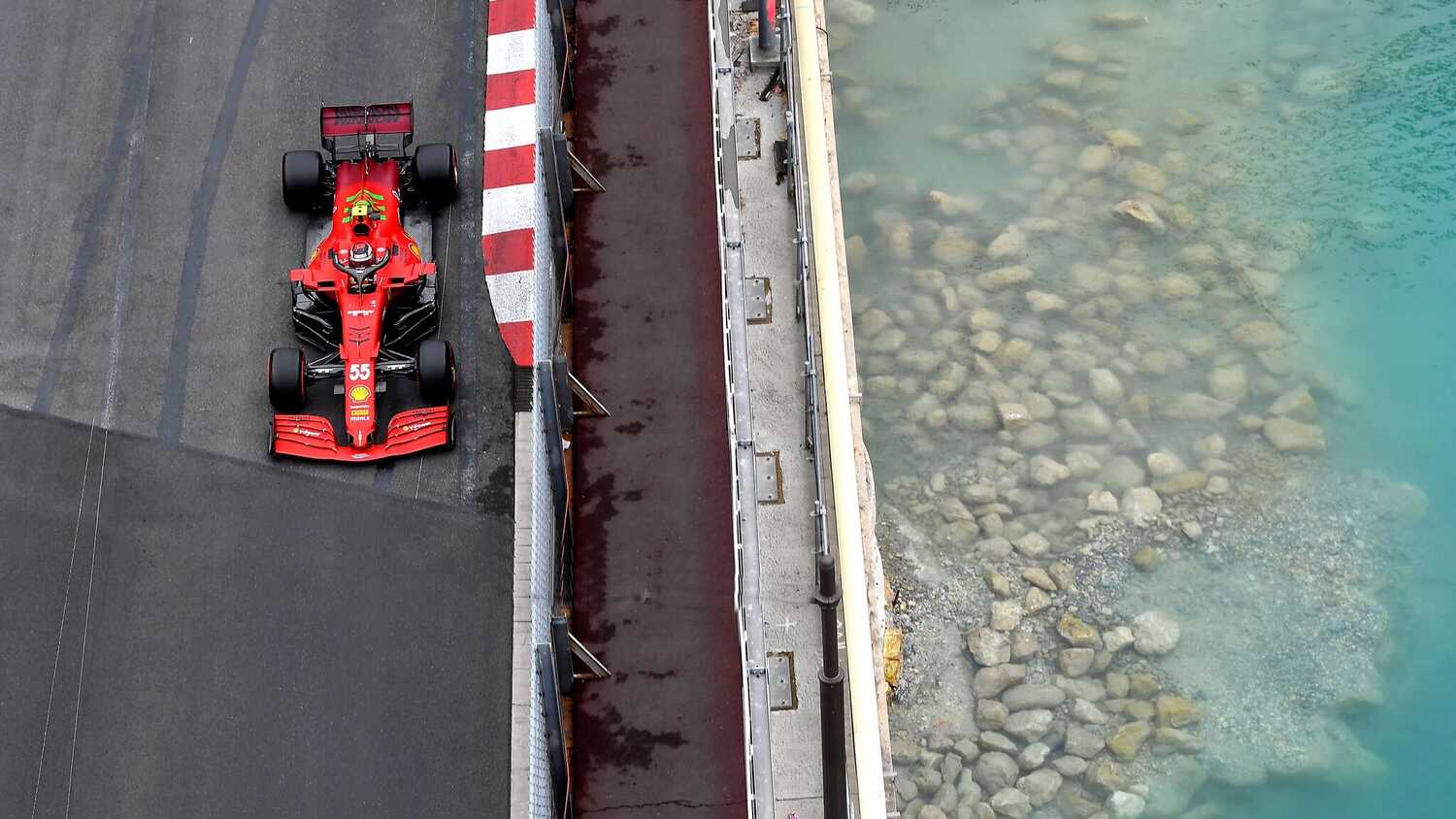 Ferrari F1 driver Carlos Sainz can't provide a definitive answer as to when Ferrari will stand on the podium again given the unique nature of the Monaco race track.

The Spaniard, who claimed second place at last weekend's Monaco Grand Prix, says that while the team is ecstatic with their result, they remain unsure about when the SF21 will come good again.

"I think it's a fairly straightforward answer," Sainz told select members of the media including RacingNews365.com.

"Just look at the characteristics of the Monaco circuit and then try to see which one is the most close to this, you will not find many. Even those circuits that I'm sure you're thinking about, it doesn't mean that we are going to be fighting for pole or fighting for a podium.

"Mercedes and Red Bull, I believe still have an advantage on us and it will be very tricky to find ourselves fighting again for a pole position and for a win."

The Spanish driver also elaborated about how Charles Lerclerc's retirement from the race before the start was also a bitter pill to swallow given that it was a missed opportunity.

"This weekend is also a bit of a tough one to swallow because you don't know when when the next chance will come," Sainz continued.

"It is not easy to be quick around Monaco and the fact that both Charles and me were so quick is thanks to also the good performance of the team and how everything has been working this weekend."

Despite what Sainz claims, Ferrari have made a huge step forward in 2021. The Italian team have outpaced their British rivals McLaren over the past two Grand Prix and will be hoping they can carry their momemtum into Baku.