Sainz explains why P3 would be 'symbolic' for Ferrari

The battle for third in the Constructors' Championship between Ferrari and McLaren has been closely fought in recent races. Carlos Sainz believes that achieving this would be important for the Scuderia's future prospects. 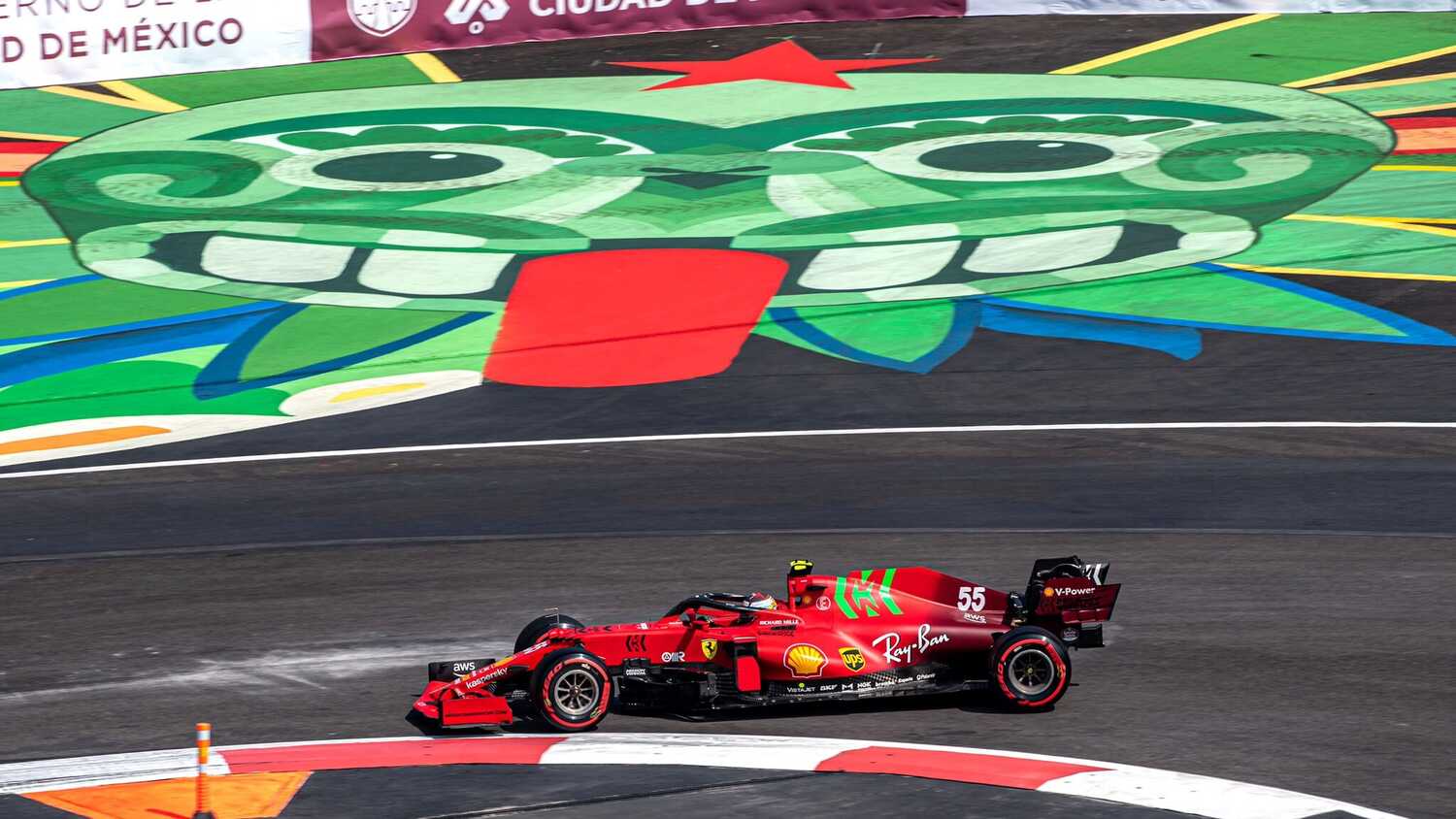 Carlos Sainz feels that it would be "symbolic" for Ferrari to achieve third in the Constructors' Championship.

Given that the team have made progress following a difficult season in 2020 – where they finished down in sixth at the end of the year – Sainz thinks that beating McLaren to P3 would show that the Scuderia are working towards winning again, which remains their ultimate goal.

"I think it is more symbolic than anything else," Sainz told media, including RacingNews365.com, when asked what P3 would mean to Ferrari.

"Mainly because, as Ferrari, we want to win, so everything that is not winning [is not enough]. OK, P3 is better than P4, but we want to win, and we are preparing ourselves to have the opportunity to win in the future.

"We feel like this battle with McLaren is good training for us. It's good preparation in case next year we are in the mix and we are battling for P1 in the Constructors' and Drivers' [standings].

"We feel like this training against such a strong team as McLaren, where they are managing to pretty much every single weekend maximise the result and the potential of their car, [is good preparation for us].

"They are very good at executing race weekends, and I feel like this training against them is going to prepare us well for whatever comes in the future."

With five races remaining in 2021, Ferrari are now only 3.5 points behind McLaren in the standings ahead of the Mexican Grand Prix.

The momentum between the two teams has switched at different Grands Prix, and Sainz believes that each side will be ready to take advantage if the other makes an error.

"If any one of us does a mistake, then the other team jumps ahead," the Spaniard explained. "So it's really tight.

"It's really good fun, actually. I think it's a great battle. I just hope we can win it and come out on top, but I wouldn't pick one right now. I think it's equal terms."

Ferrari will start the Mexican GP from sixth and eighth on the grid, with Sainz and Charles Leclerc sandwiching Daniel Ricciardo's McLaren. Meanwhile, Lando Norris is set to line up at the back of the field in the other McLaren following an engine change.