Sainz details how F1 teammates have helped his performance

Carlos Sainz memorably had a good relationship with Lando Norris during their time as McLaren teammates, and is getting along similarly well with Charles Leclerc at Ferrari. The Spaniard says that playing mind games with a teammate is not his style. 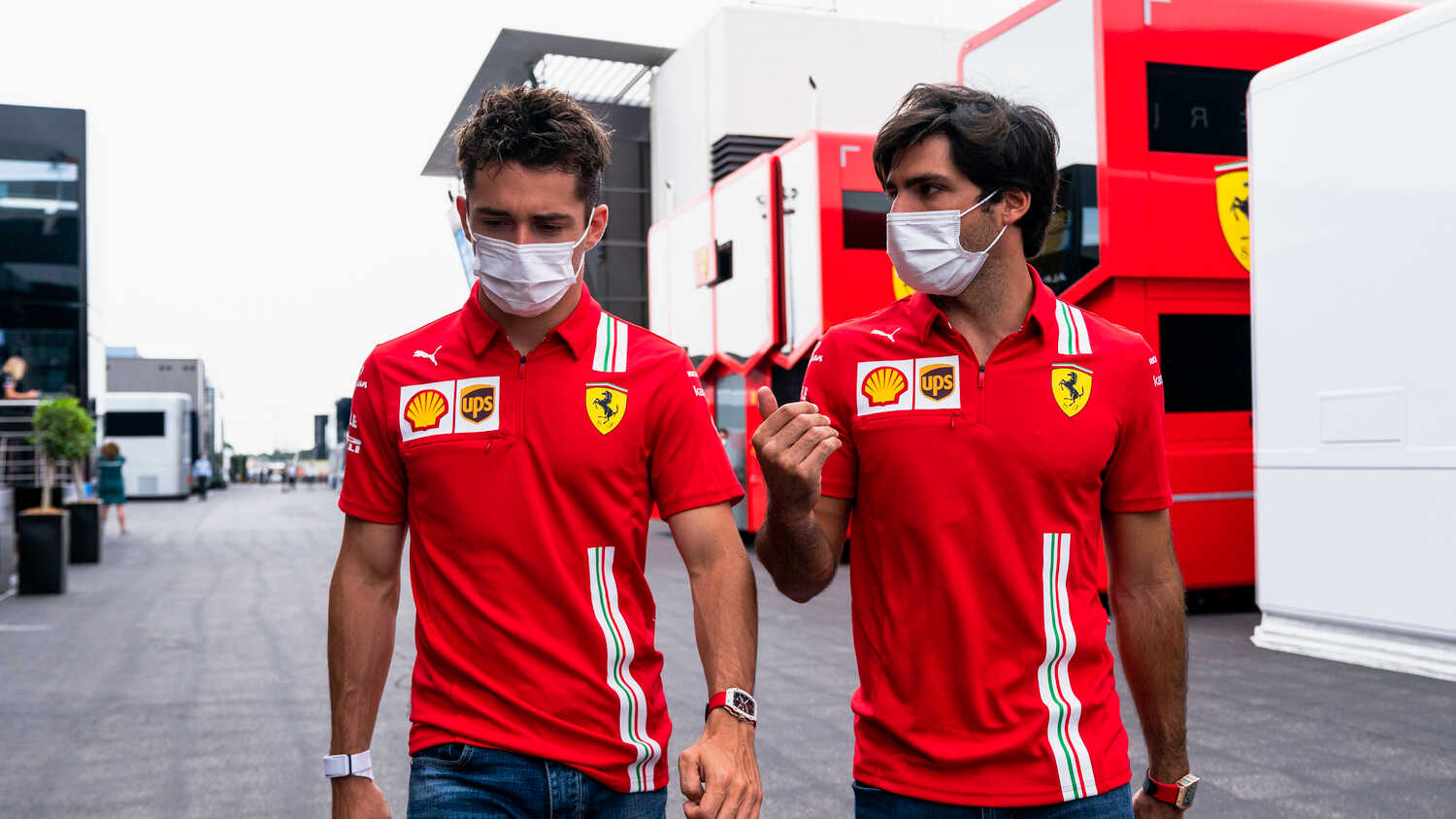 Carlos Sainz feels that having a healthy relationship with his teammate ultimately helps him to do a better job as a driver.

The Spaniard got along well with Lando Norris whilst at McLaren in 2019 and 2020 and, since making the move to Ferrari this season, has similarly enjoyed working alongside Charles Leclerc.

Sainz thinks that this creates a good atmosphere which in turn enables him to perform better on track.

"I don't come into a new team with prejudices or animosities about my teammate," Sainz told Auto Motor Und Sport. "I go in there with an open mind.

"It's important to enjoy the job. If I enjoy it, my performance is better. Why should I mess with my teammates? That doesn't do anything for me.

"It works better if you can laugh about things together and joke about good and bad laps in qualifying. If we both work in the same direction, the atmosphere in the team is better and we make faster progress."

Leclerc has previously spoken about the competition he enjoys with Sainz in their off-track hobbies and Sainz admits that their shared interests make the relationship an easy one.

"Charles is a good guy," the 26-year-old said. "We have the same interests and the same goals. That's why you can have good conversations with him and play sports or chess together.

"Not only is he fast, he also shows a lot of respect to his teammate. It's easy to get along well with him."

Sainz grew up aspiring to be like Fernando Alonso and thinks he could get along with the two-time World Champion if they ever became teammates, though admits this is an unlikely scenario.

"I can get along with any driver," he commented. "I wouldn't mind being Fernando's teammate. Since we're at different stages of our careers and drive in different teams, the chance of that happening is rather slim."