George Russell feels that his incident with Valtteri Bottas at the Emilia Romagna Grand Prix - and his subsequent angry reaction to it - taught him a lot about how to handle himself. 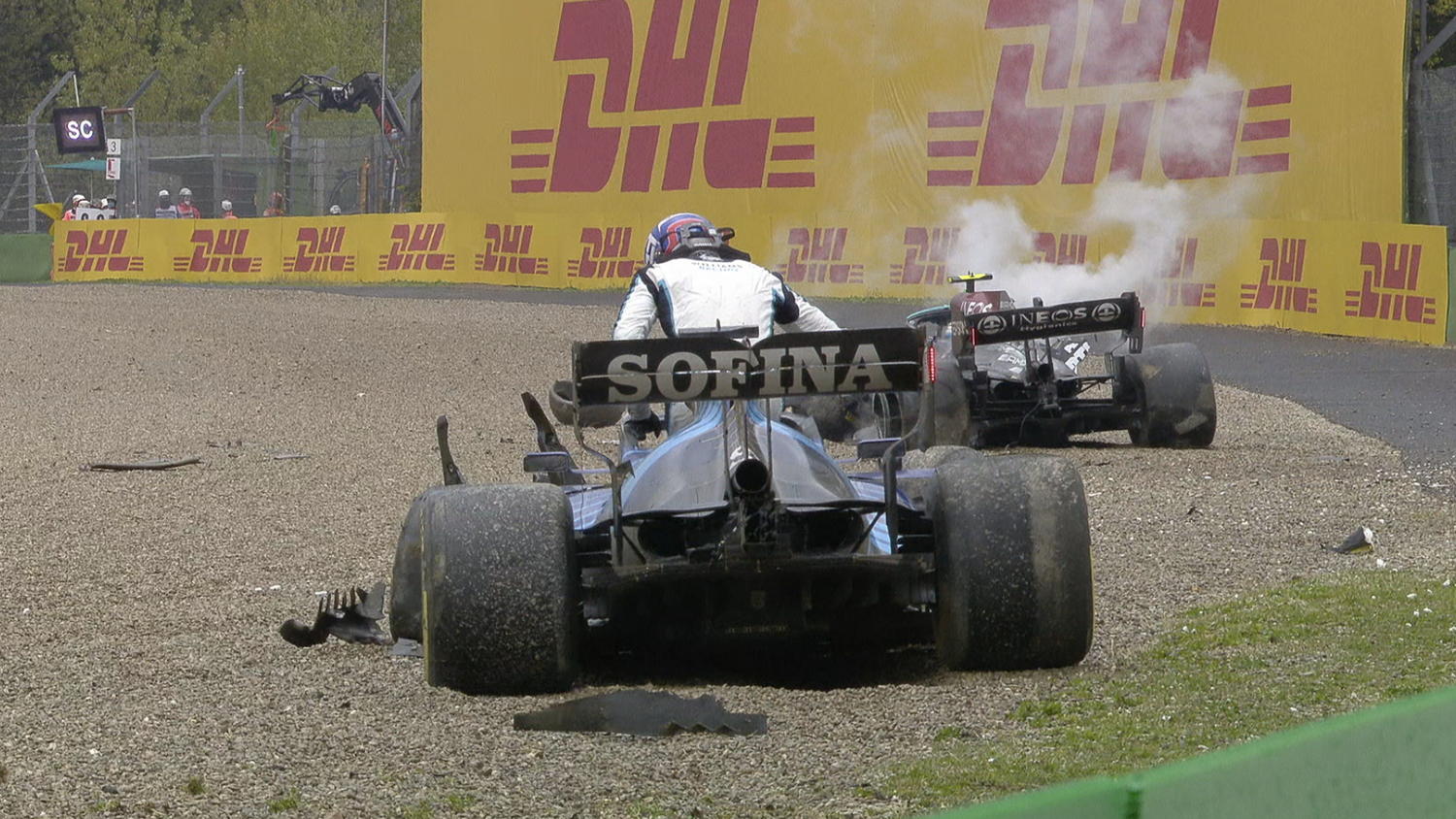 George Russell admits that his crash with Valtteri Bottas at the Emilia Romagna Grand Prix was a reality check in terms of how it could have affected his whole future.

The British driver collided with the Mercedes of Bottas in the middle of the race at Imola. As well as being visibly furious with the Finn in the immediate aftermath of the incident, Russell went on to make comments suggesting that Bottas acted differently than he would have if he had been battling with any other driver, seemingly hinting that his potential to fill Bottas' seat at Mercedes in the future was a factor in the fight.

Russell later apologised for both these remarks and his behaviour, and now realises that the incident was a huge lesson for him.

"I guess that was a bit of a reality check," the Williams driver told the F1 Nation podcast. "That in a split second, you can almost go from hero to zero, and your whole perception could potentially be changed, and your whole future could be changed.

"I think that was a massive lesson for me in how to handle myself, sort of post-crash and in front of the media. Even the crash itself, how things unfolded, whether it's the right move to go for or not, and just the whole circumstance.

"I'd like to think I can look back and say that was an important lesson for me."

In particular, Russell - who has continually been linked to potentially driving for Mercedes in 2022 - realised that he could not make any sort of similar mistakes again.

"I think I recognised very, very quickly that I couldn't afford to make errors like that," the 23-year-old explained. "Everybody has their own view, that it's his fault or my fault.

"I have obviously got my own views and my own reasonings why I went for that, but going for a move is one thing, but then how you deal with the aftermath of it not panning out the way you wanted is a completely different story as well."