Rosberg slams Bottas: He did a rubbish job of defending

Valtteri Bottas has come under fire from former Mercedes driver Nico Rosberg following the Finn's struggles during the latter stages of the French Grand Prix. 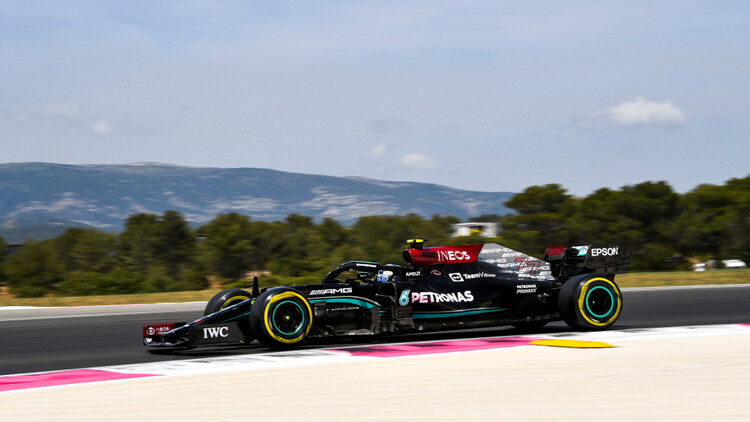 Valtteri Bottas did a poor job of defending his position during the French Grand Prix, according to 2016 World Champion Nico Rosberg.

Tyre degradation proved to be an issue for many drivers in the race at Paul Ricard and Bottas seemed to be struggling in the latter stages of the event, where he slipped back to fourth place. As a result Bottas was critical of the team's decision to continue with a one-stop strategy rather than a two-stop.

Rosberg however believes that Mercedes made the right call, and has laid the blame at Bottas' door for not doing a good enough job.

"As a driver you can't judge the situation out there, so the team obviously has to make the decision," the former F1 driver told Sky Sports F1. "And it was the right decision, because they had to keep him out there also to protect the win.

"It's just that Valtteri did a rubbish job honestly in defending because, I mean, he blocked completely unnecessarily, he braked way too late, went straight on.

"So Max [Verstappen] had such an easy time getting past, maybe would have got past anyways, but at least cost him a bit more lap time."

When presenter Simon Lazenby pointed out that Bottas' tyres were "shot", Rosberg added: "I know, but still it was not a very good way of defending, and it could have been done in a much more smart way."

Fellow pundit Paul di Resta was less criticial of Bottas though and argued that he had not had an overly poor weekend, though questioned whether it could affect his morale going forwards.

"I think he's had a very solid weekend actually, Valtteri, and speed-wise" the Scotsman said. "It's just whether he's going to be upset going into next week, frustrated just on the back of losing out there.

"Because he did predict it [the tyre struggles], I'll give him that. I heard him on the radio earlier than anybody else. He was actually questioning the team, but the team never came back with any answers to him."