Rosberg backing Hamilton over Verstappen: He's so difficult to beat

The title fight between Lewis Hamilton and Max Verstappen remains close, but Nico Rosberg believes that Hamilton could be the one to win it in the end. 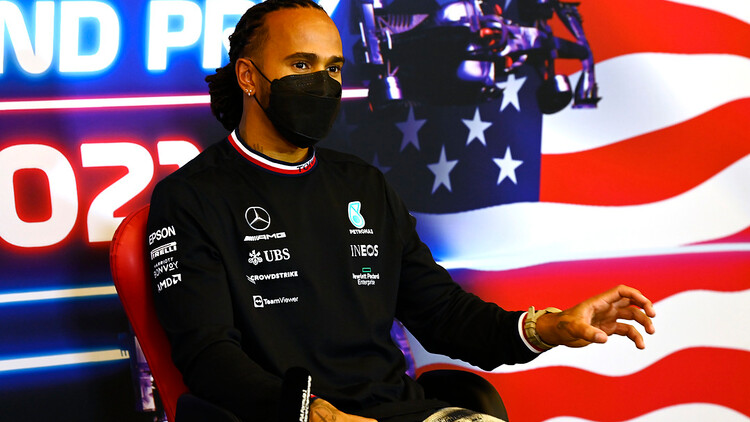 Nico Rosberg thinks that Lewis Hamilton could still be the winner of the 2021 World Championship, despite Max Verstappen having a 12-point lead at the top of the standings.

The battle for the title has been closely fought throughout the year and looks to continue in this vein during the final five races of the season, but Rosberg believes that his former teammate might be the one to get the upper hand in the end.

"Somehow I would still lean towards Lewis," Rosberg told Sky Sports. "Through experience and because he normally always wins it in the end!

"It's so difficult to beat him. Somehow I think he can still do it."

Whatever the end result may be, Rosberg has been enjoying watching the fight unfold and is impressed by how closely matched Hamilton and Verstappen are.

"The cars are exactly the same, the drivers are on the same level and they are in a league of their own," the German said.

"Nobody can keep up with them. It's going to be so close now in the last races. So much is going to happen."

Rosberg knows all too well about the challenge of competing against Hamilton for a world title, having been the last driver to beat the seven-time World Champion to the crown in 2016.

In that year, Rosberg won with an advantage of five points over Mercedes teammate Hamilton. He then decided to retire from racing.

Meanwhile, as things stand in 2021, Verstappen is leading Hamilton in the standings with a further five races to go, whilst Mercedes are ahead of Red Bull in the Constructors' Championship by 23 points.

Despite losing out on victory at the United States Grand Prix, Hamilton has stated that "it's not over" and vowed to keep pushing.

The next event of the season will be the Mexican Grand Prix on 5-7 November.