Robin Frijns has convincingly taken pole position for the second race of Formula E season at the Diriyah E-Prix, with the Dutchman finishing well ahead of Sergio Sette Camara in second. 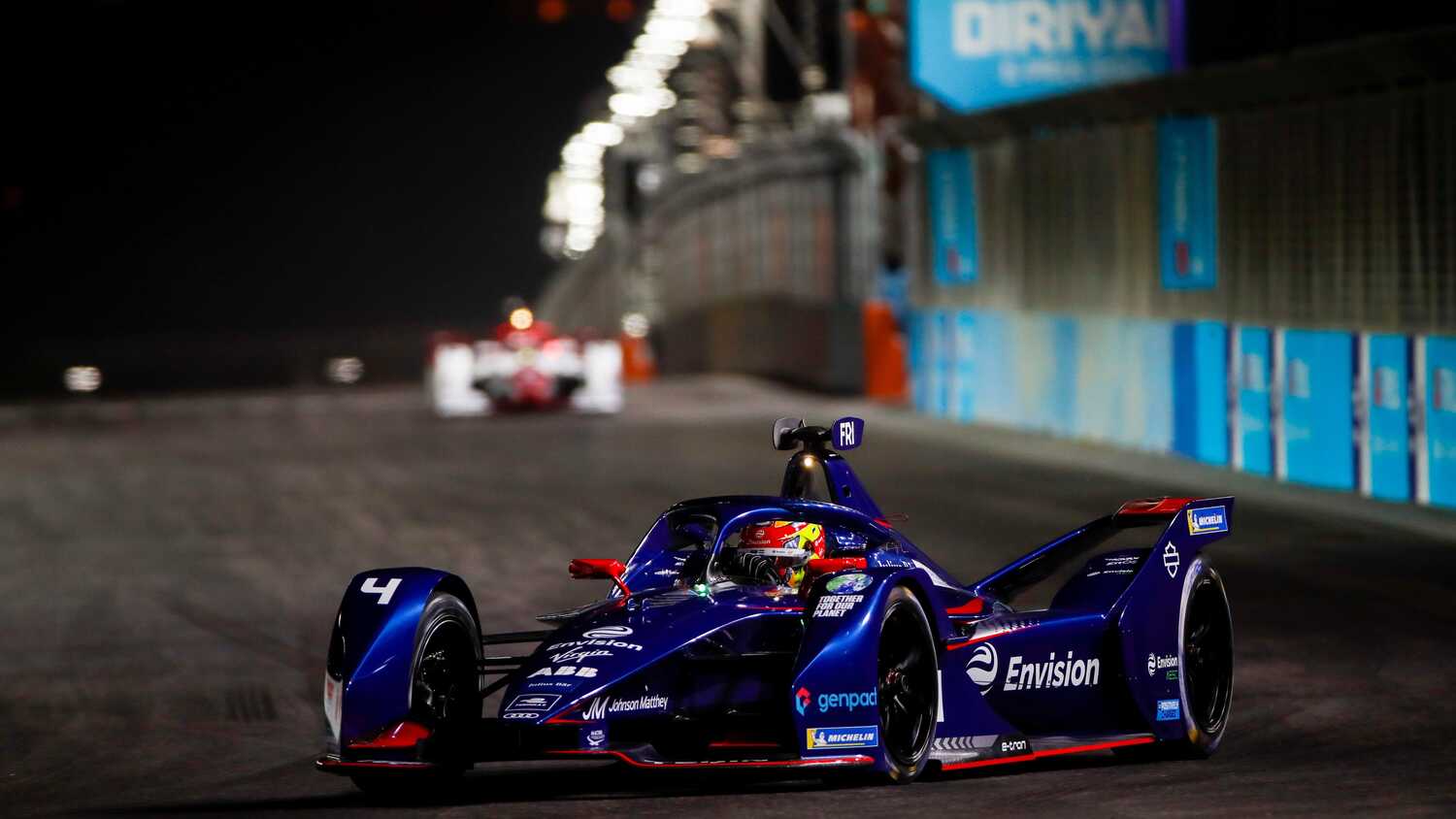 Robin Frijns sealed his first pole position in 47 attempts at the second Formula E race of the season in Saudi Arabia.

The Envision Virgin driver sealed it by over three-tenths of a second, after previously topping the Round 2 practice timesheet. He edged-out Brazilian Sergio Sette Camara, and Jaguar's Sam Bird, who will both be sensing that a victory may be on the cards tomorrow.

Britain's Tom Blomqvist and Dragon driver Nico Muller were fifth and sixth respectively in the Super Pole battle, after they each made minor mistakes on their final runs. Another Brit who made the top six was Oliver Turvey, who will line-up 4th on the grid later this evening.

Jean-Eric Vergne was the fastest driver not to make it into the Super Pole battle, with Sebastian Buemi, Alex Lynn, and last season's Formula E champion Antonio Felix da Costa rounding out the top 10.

Yesterday's pole man Nyck de Vries was unable to take to the track after Edoardo Mortara's Venturi car suffered a failure. Venturi are a customer of Mercedes, meaning that all four drivers who could be susceptible to the issue were removed from the qualifying session pending an investigation.