Alfa Romeo's Mid-Season Report Card: All eyes on the future

With the teams all now on their mid-term breaks, it's time to look at their first half performances and hand out their grades. Let's take a look at Alfa Romeo.. 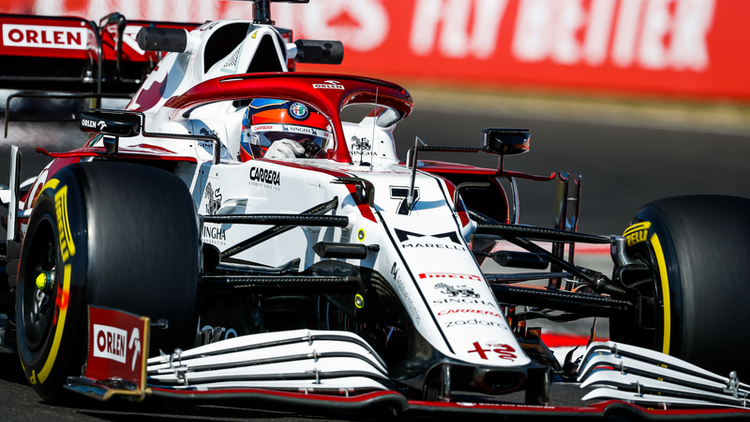 Alfa Romeo are one of the teams to have put aside any aspirations for the 2021 season, and instead look ahead to the 2022 regulations from almost the moment the C41 was put together for pre-season testing.

Given that last year's C39 was hardly a particularly competitive car, Alfa Romeo's struggles at the back of the grid this year aren't completely unexpected.

Apparently not too bad to actually drive, team boss Frederic Vasseur has pointed out on a few occasions this season that the C41 is actually quite a step forward from last year's car and, in terms of percentages, is much closer to the front than the 2020 car. However, Alfa are barely able to escape Q1 as they have completely joined the battle of the backmarkers.

However, given how tightly packed the midfield is and how rare retirements are nowadays, points have been very few and far between, although Kimi Raikkonen was particularly unlucky to miss out in Imola after a ridiculously complicated time penalty was applied.

Grade: D - Must try harder. Even if the 2022 car proves to be much better, there's plenty of opportunity to sharpen up operationally. Pitlane errors and silly mistakes must be cut.

High point: There's not many to choose from. While the team scored a point in Azerbaijan and Hungary, those two races relied on retirements and chaos. Imola would have got the nod, had Raikkonen's great drive to 10th not been ultimately in vain.

Giovinazzi's 10th place finish in Monaco was on a day where eighteen cars finished, so I think that's probably the team's peak so far this season.

Low point: Austria/Portimao. Both cars were very slow throughout both weekends. Portimao saw Raikkonen make an uncharacteristically big mistake as he drove into the back of Giovinazzi at high speed in a straight line while distracted by his own steering wheel, resulting in a repair bill for Alfa.

In Austria, both cars were involved in incidents. Giovinazzi had contact with Alpine's Esteban Ocon, resulting in some damage, and also picked up a penalty for overtaking Fernando Alonso while pitting under the Safety Car. Raikkonen had a strong-ish race, but then collided unnecessarily with Aston Martin's Sebastian Vettel on the last lap. 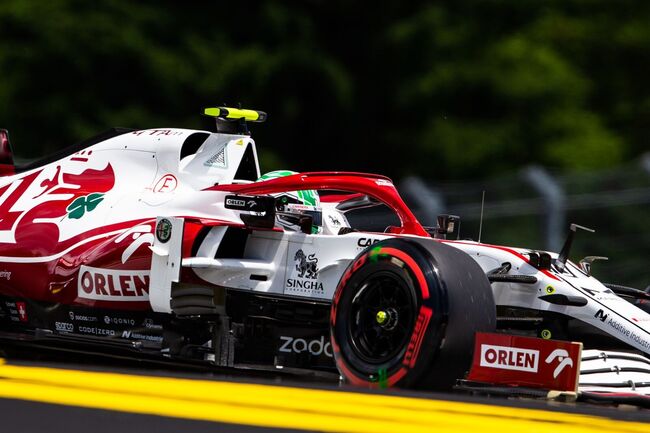 Kimi Raikkonen's first year at Alfa Romeo was pretty much as you'd have expected from the talismanic Finn. Fast and fiesty, he used his oodles of experience to bring home plenty of points for his new team and left Antonio Giovinazzi in his wake.

But, Raikkonen has started to show signs that his powers aren't quite they used to be. Along with the aforementioned incidents above in Portimao and Austria, he's struggled massively in qualifying this season.

His lowly starting positions have made hard work of Sundays, and his usual incredible racecraft hasn't been quite as bulletproof as in prior years. While still a safe pair of hands, might Alfa be tempted to look to the future for 2022?

Kimi shows some signs of struggling in 2021, and may be somewhat frustrated by not being able to break into the top ten even on his good Sundays.

Antonio Giovinazzi: An improvement, but is it enough?

Giovinazzi has much improved alongside Kimi Raikkonen, to the point where it's no longer a surprise when Italian Jesus is ahead of the Finn in qualifying.

While his improvement relative to Raikkonen is noteworthy, there's little of substance to note from his Sundays. His most notable on-track achievement this season is probably his opportunistic pass on Esteban Ocon around the outside of Portier at Monaco. This resulted in him finishing tenth to score his only point of the season so far.

Quite anonymous, but fares well on single lap pace. A solid, if unspectacular, first half of 2021.