Daniel Ricciardo is looking forward to continuing his progression in the McLaren at the upcoming back-to-back races at Austria's Red Bull Ring, though is also aware that each event could be very different. 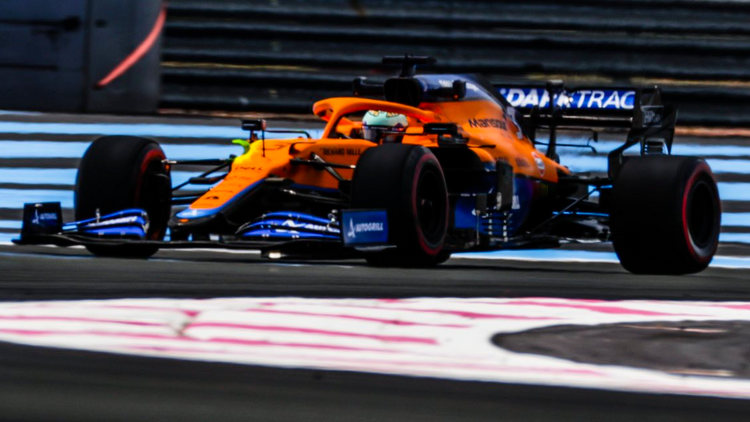 A back-to-back visit to the circuit begins this weekend with the Styrian Grand Prix and Ricciardo is wary of how unpredictable weather conditions could have an effect.

"I’m looking forward to having another race on the bounce and a double in Austria," Ricciardo said in McLaren's official team preview. "It could be a wet one - maybe even for both weekends.

"We could get two very different races, you never know."

One thing Ricciardo is certain of is that he hopes to continue to build his momentum in the McLaren. The Australian had his strongest weekend so far this season at the French Grand Prix and is aiming to keep on developing some consistency.

"I think it’s just a good opportunity for me to keep working on the car and myself," Ricciardo explained. "Hopefully, we can build on the performance we had in France and find some consistency we’ve been looking for.

"We’ll try and get some more points for the team in Austria. It’s close out there and every weekend counts, so we’ll be pushing hard."

Ricciardo currently sits in ninth place in the Drivers' Standings with 34 points, whilst teammate Lando Norris is in fourth with 76 points.

In the Constructors' Championship, McLaren will be hoping to maintain third place, which they currently hold with a 16-point lead over nearest rivals Ferrari.

Like Ricciardo, team principal Andreas Seidl is wary of how weather conditions could affect them this weekend.

"Two races back-to-back at the same track present an interesting challenge as we could have two very different races due to certain conditions such as the weather," Seidl said.

"So, it’s important we treat every race as a single event with the same preparation despite it being the same track. As a team we must continue to work hard to maintain good reliability and remain on top of parts management during this intense period."