Ricciardo wants to put Baku behind him 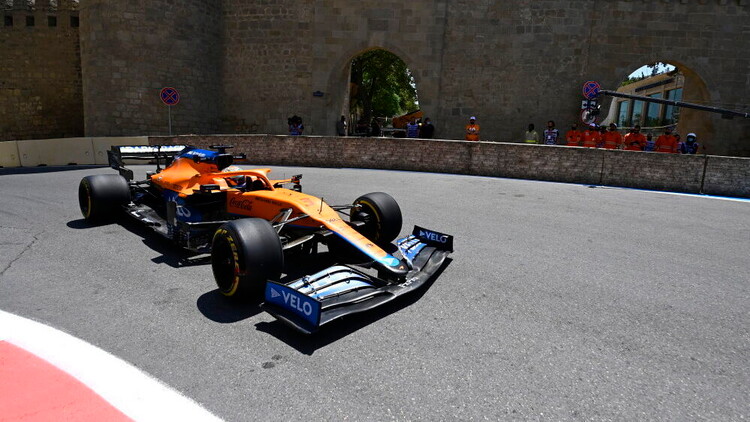 Daniel Ricciardo was happy to get to the end of the Azerbaijan GP as he endured a quiet Sunday, finishing in ninth place.

Ricciardo crashed out of qualifying after braking too late at Turn 3 and failed to shine during the race as he continues to understand the car.

"I think actually, just getting the laps in and completing the race, I know that sounds so basic, but just to keep learning with the car was important," Ricciardo told RacingNews365.com and other select members of the press.

"I still think there's still been some good things that have come from the weekend. Unfortunately on paper, it doesn't look great but its actually been a step in the right direction this weekend."

Ricciardo highlighted the triple-header later this month as an opportunity to get to grips with his McLaren and to accelerate his learning curve after one of the most difficult spells in his F1 career.

"To be challenged at a circuit like Baku is good," said Ricciardo. "But I think, and I can't believe I want to say this, but I'm excited to go to Paul Ricard which I would say is a basic track to maybe get away with a few more mistakes on.

"Then I guess, the double-header in Austria will hopefully make this kind of learning phase a bit easier. It's obviously on a knife edge and I'm just trying to get the most out of it.

"I think having you know, three consecutive weekends and kind of putting in the practice consecutively, will kind of fast track my progress."