Ricciardo starting to feel more at home at McLaren

After disappointing outings in Monaco and Azerbaijan, Daniel Ricciardo bounced back with a strong performance in France. The Australian started in 10th but came home sixth, a sign that things may finally be turning around. 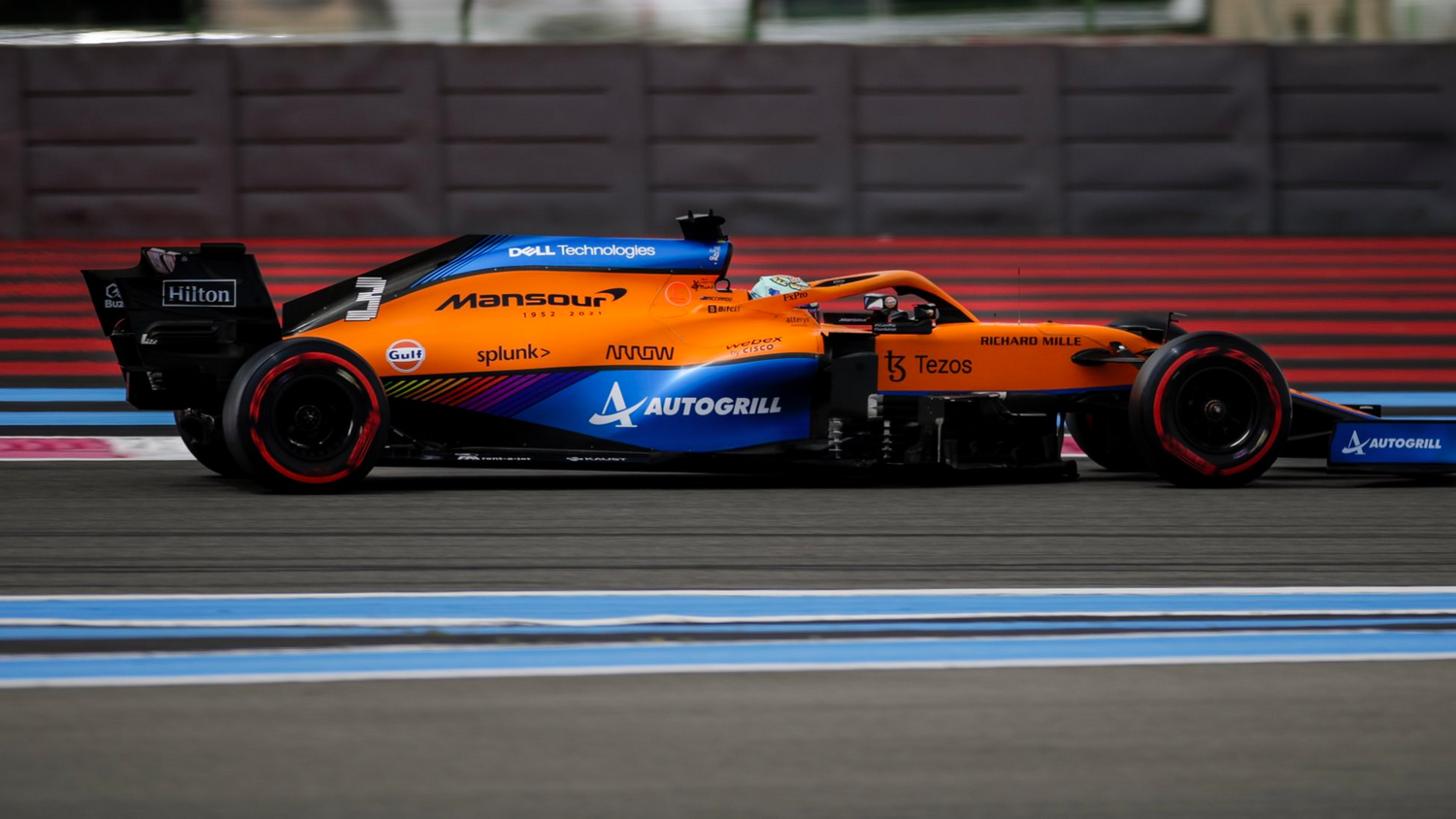 Starting in 10th, the Australian looked like his vintage self after pulling off several maneuvers, including an opening lap pass on teammate Lando Norris. Although Ricciardo ultimately finished one place behind the Briton at the chequered flag, he was very pleased with how things played out at Paul Ricard.

“All in all, a good race, a fun one," Ricciardo told RacingNews365.com and other members of the media. "I can't complain. I’m happy just to have had a fun Sunday with some battles and all of it.

"Came home with some good points for the team – they’re obviously stoked, fifth and sixth – so good day for us considering where we started, and I guess (with) where some of our rivals ended it was a big one.

"After the frustrations of Monaco, I kind of took a step back and was like ‘big picture’. I know that it’s going to come and I know that if I keep persisting, staying resilient through it all, days like this will come and I will be able to battle, pull off some moves and all that sort of stuff.

“This car will feel like home and I think today it started to feel a little more like home. The next two [races] coming up are hopefully fun ones as well, with some good moves and battles. It’s nice seeing the others suffer a little bit more than us as well.”

Sunday's result means McLaren now hold a 16 point lead on Ferrari for third in the Constructors' Championship, with Ricciardo noting he had more pace than the Scuderia drivers while on the hard Pirelli tyres.

"The first part of the race was was quite strong," Ricciardo added. "I was actually struggling quite a lot, but the cars around us just seemed [like] they were struggling more.

"Relative to them we had good pace and had some fun battles. Once we put the hards on, we were quicker than Ferrari. I didn't have a whole lot of pace with the hard consistently, and I had to hold off Pierre at the end, so sorry to the French fans, but I was to happy to hold him off."