Ricciardo: Russian GP may not be optimal for anyone in terms of car setup

After running in wet weather conditions during qualifying for the Russian Grand Prix, Daniel Ricciardo thinks drivers will be tested when it comes to their car setup on Sunday. 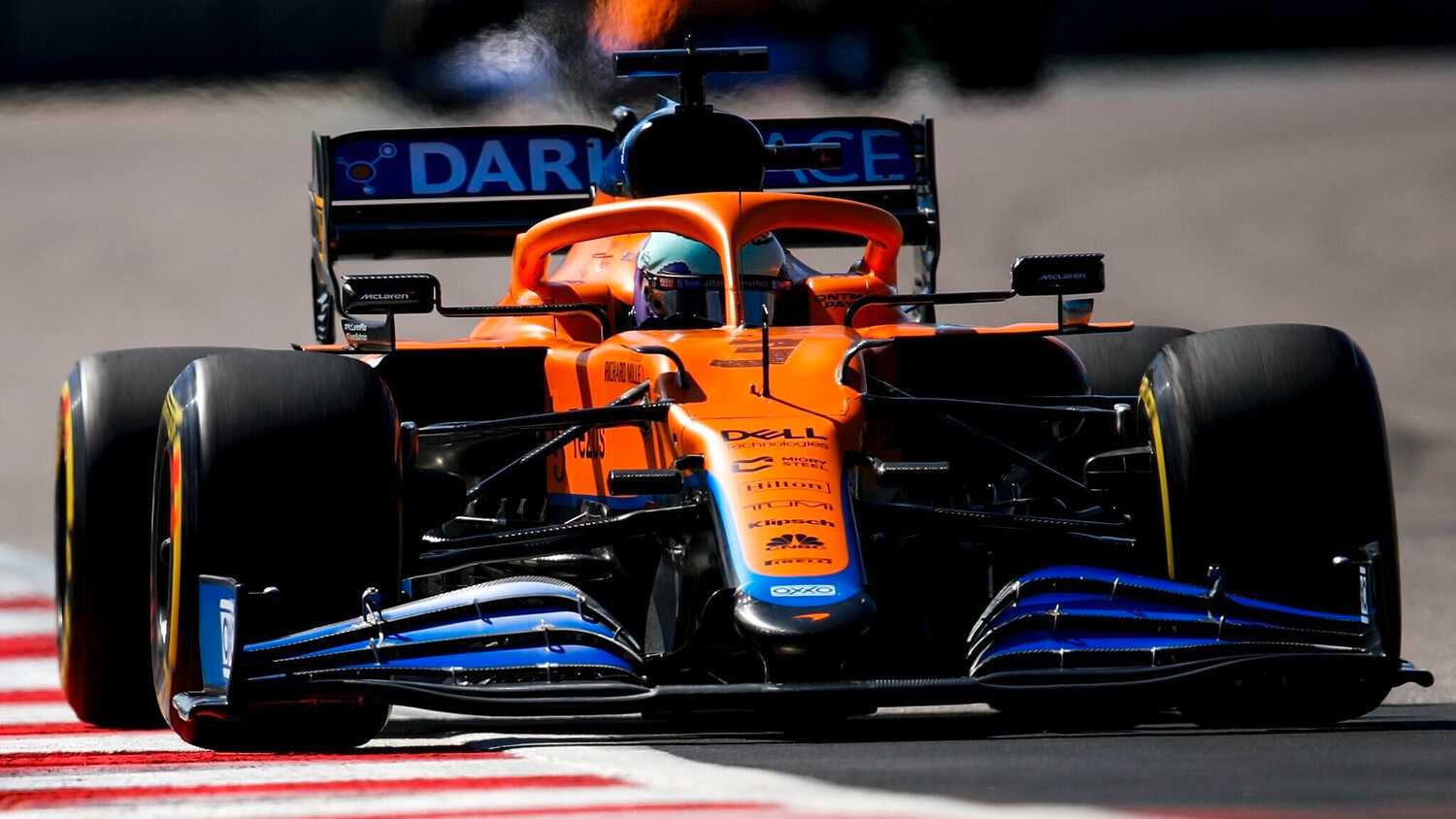 Daniel Riccardo thinks Sunday's Russian Grand Prix could be a "fun race", especially since most cars won't be running an optimal setup due to Saturday's rainy conditions.

FP3 was cancelled at the Sochi Autodrom amid adverse weather, as standing water and the inability for the medical helicopter to fly meant F1 cars couldn't take to the track.

Conditions eventually cleared up, with qualifying taking place at its scheduled time. In the end, Lando Norris took his first career F1 pole position ahead of Carlos Sainz and George Russell.

Ricciardo, who will start Sunday's Grand Prix from fifth on the grid, is hoping for an entertaining race given the mixed-up grid and wet weather setups used by drivers in qualifying.

"I think for now it looks dry tomorrow," Ricciardo told RacingNews365.com and other members of the media.

"I'm sure everyone's set the car up [today] for the wet, so maybe it makes tomorrow not optimal for anyone in terms of the car setup, but I hope it's a fun race.

"I think the field is pretty spread [out] and with some quick guys in the back as well, hopefully Sochi puts on a good one tomorrow."

Norris' pole position continues McLaren's recent run of good form, after Ricciardo led a 1-2 finish for the team last time out at Monza.

The Australian congratulated his teammate on the achievement, noting that McLaren – which last claimed pole at the 2012 Brazilian GP – can be happy with what they've accomplished so far in Sochi.

"[It's a] very strong result for the team, absolutely," Ricciardo added. "Congrats to Lando, it's his first pole and probably the team's first pole in a long time.

"It's been a good couple of weeks for McLaren and the records. I think from a grid point of view, fifth is decent. I think we can do well there.

"With these conditions you can gain if you execute the corner, but also you can lose, so there's a few corners... I'll see what I could have done better but generally, as a team, I think we can be happy."