Ricciardo: Maybe I'd have gone even better if there was a Q4!

Having ramped up his pace during Belgian GP qualifying on Saturday, McLaren's Daniel Ricciardo joked a Q4 session may have meant him going even faster... 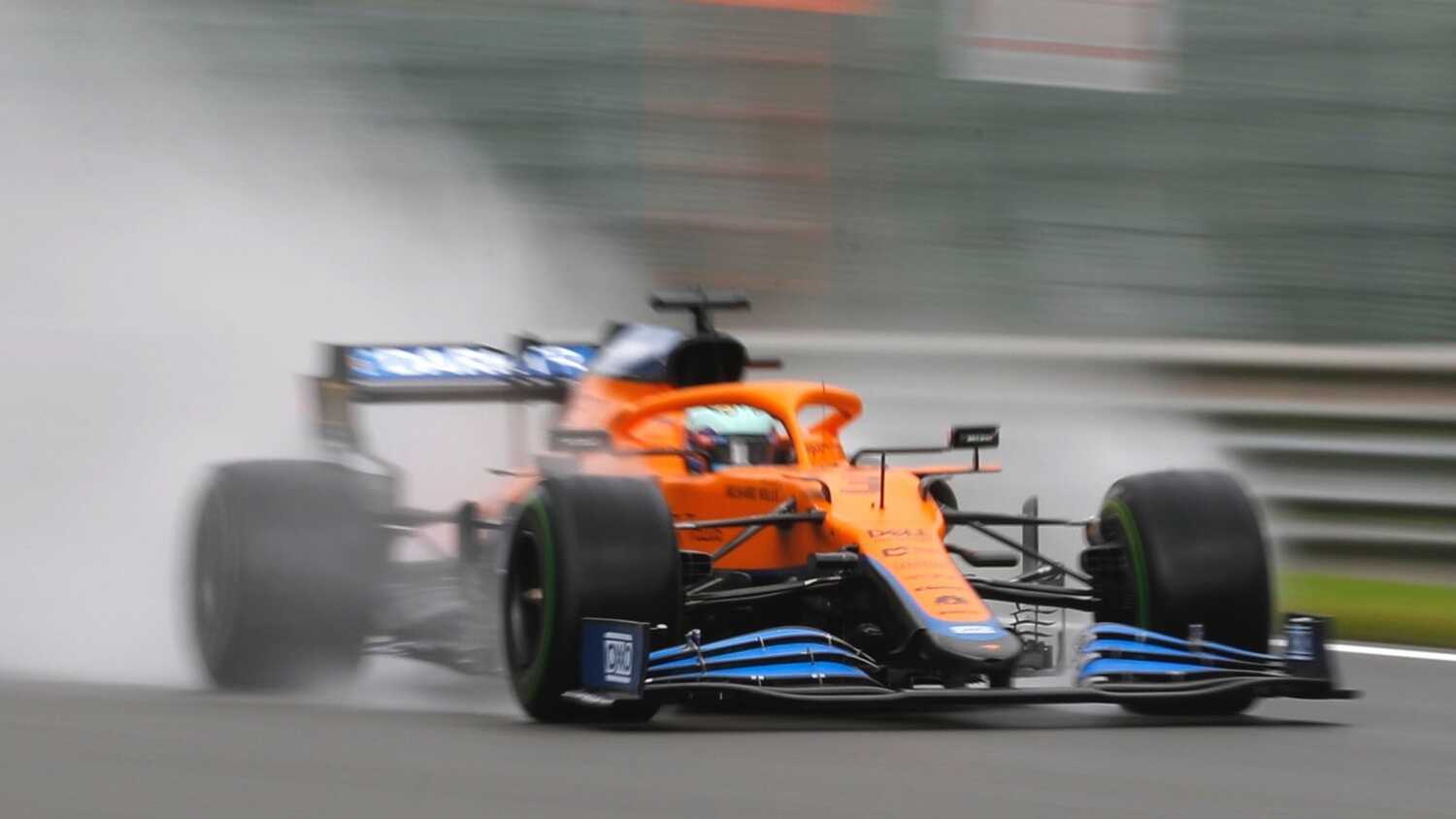 Having qualified his McLaren in fourth place at Spa-Francorchamps, his best showing so far since changing to the team for 2021, Daniel Ricciardo joked that a fourth qualifying session may have resulted in an even higher position.

Ricciardo finished Q1 in 12th place, rising to ninth in Q2, before climbing up to fourth in the crucial Q3 session, and said that he was able to "chip away" at closing the deficit to the front throughout the hour of track time.

"Yeah, it was a good session. If I look back, obviously, the end result is good," Ricciardo told media, including RacingNews365.com.

"I think to get that in these conditions... obviously these conditions definitely require [a] significant amount of confidence and feel with the car, so I think I chipped away at it.

"I was definitely a bit off in Q1. And I think, in Q2, I made a good step. And then, by Q3, I was getting a bit better and getting a bit closer to the edge. So yeah, maybe if there was Q4, I'd be further up again!

"But [I'm] generally happy to come back from the break as well and get out on the front foot. And just kind of have a good solid session in the wet and keep it steady, and we're at the pointy end which is nice."

Having had to watch on as teammate Lando Norris brought out the red flags with a scary crash at Eau Rouge, Ricciardo said it was difficult to keep focus during the lengthy 45-minute red flag stoppage.

He commented: "Any red flag, whether it's for an accident or just for conditions or whatever, having that pause, and also the unknown like, 'When are we going to go?' So I mean, I jumped out, to quickly use the bathroom, but then it's like, 'Do I stay out of the car? Do I sit back in?' It's hard to know where to kind of focus your energy.

"And then, with the accident, the first thing was to try and obviously hear some good news. And the team quickly told me that he'd radioed in saying he thinks he's OK, so that obviously put a lot of us at ease."