Ricciardo hits out at 'idiots' behind F1 social media: Do better

Given the nature of the sport, crashes will always be part of F1. However Daniel Ricciardo hopes the series will put less emphasis on them in the future, especially when it comes to featuring them on their social channels. 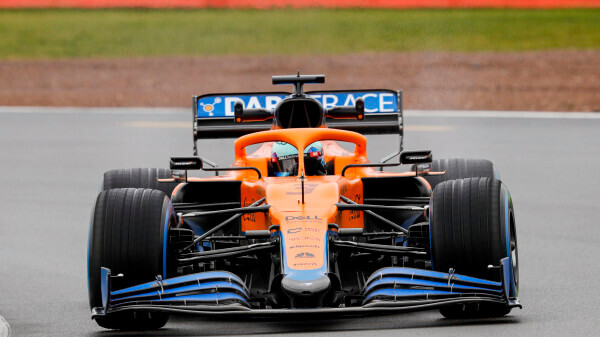 Daniel Ricciardo has made it clear he isn't all that impressed with F1's use of crash footage on social media.

The statements aren't new for the Australian, who said he was disgusted and disappointed by F1's coverage of Romain Grosjean's accident at the 2020 Bahrain Grand Prix. Ricciardo believes too much focus is placed on crashes, and that while they may appeal to a certain type of audience, he expects there to be more consideration when it comes to what is shared.

“I think last year, F1 put on their social channels, like, ‘top 10 moments of the year’ or something, and eight of the 10 were crashes," he said in an interview with Square Mile. "I was just like, you guys are f*cking idiots.

"Maybe 12-year-old kids want to see that kind of content, and that’s cool because they don’t know any better, but we’re not kids. Just do better, guys. Do better than that.”

One thing Ricciardo is a fan of is the Drive to Survive series on Netflix, which he believes did wonders in terms of raising the profile of F1 in the USA.

“I think the first season of Drive To Survive was awesome," Ricciardo added. "I spend some time in the States, and I noticed it literally from one trip to the next. It was the first time I started being recognised and people referencing that TV series.

"So it certainly did us wonders, even – not to talk social media – but numbers on social media went nuts. It did a lot for us and the sport."

However Ricciardo did point out that series does come with its own set of drawbacks, with one of them being the rivalry with Carlos Sainz that the Australian believes was forced.

“I mean the second season, there were some episodes or parts where I feel they forced it a little bit,” Ricciardo said. “They tried to create a bit of a rivalry between me and Sainz and it wasn’t really there. Like, he’s no more a rival than anyone else.

"There wasn’t any personal grudge with him, but I think [Netflix] wanted something, so a lot of questions led with asking about Carlos. Maybe no one noticed, but for me, I was like, he’s fine. I’ve probably got other guys that I dislike, you know, as opposed to Carlos… I mean, he dresses like a 60-year-old, but otherwise he’s alright.”