Ricciardo has chosen a tattoo design for Cyril Abiteboul!

Daniel Ricciardo has finally revealed the tattoo design he has planned for Cyril Abiteboul, after the Frenchman lost a bet last season.. 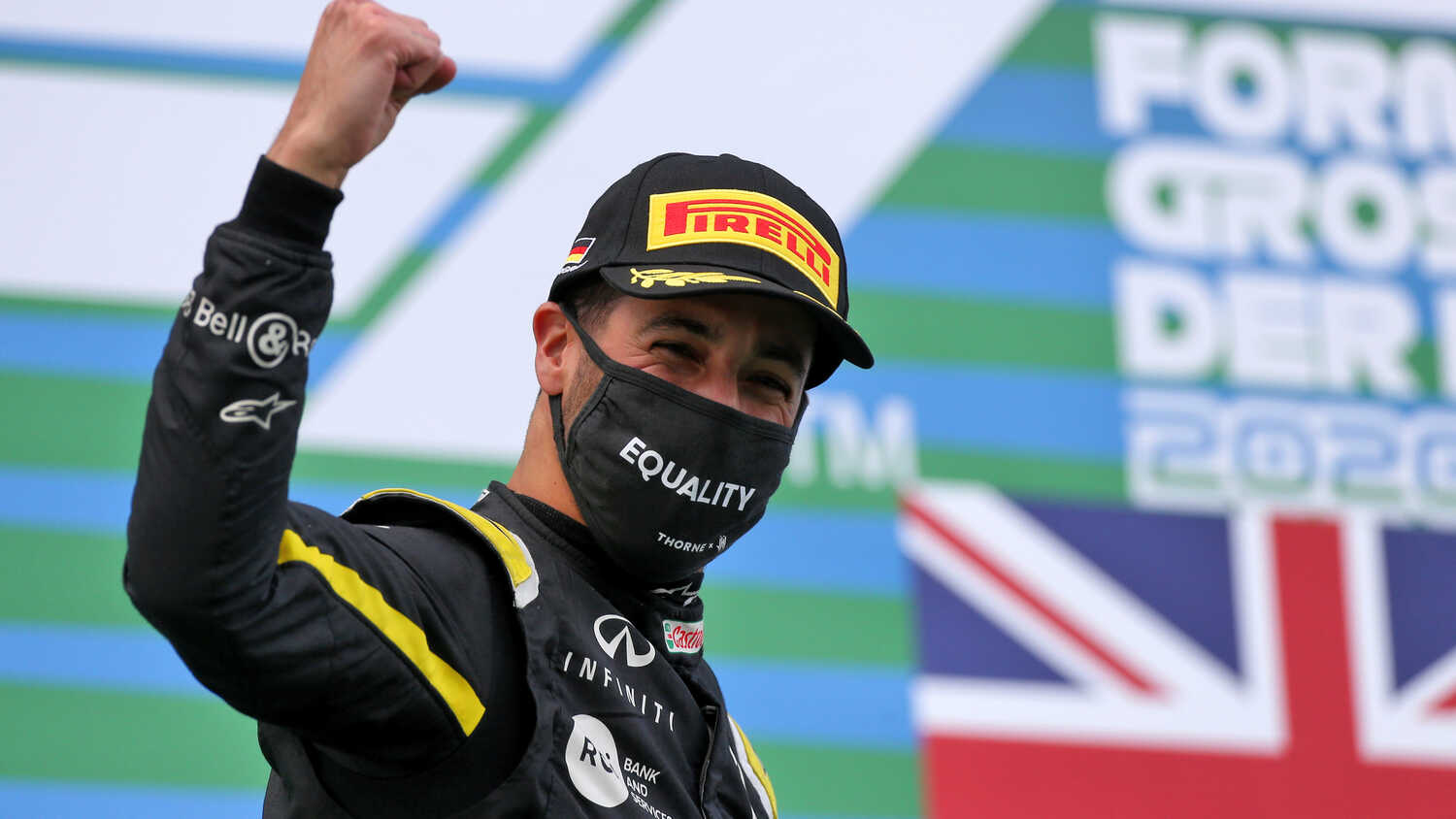 McLaren's Daniel Ricciardo has finally revealed the tattoo design he has planned to force Cyril Abiteboul to get, once circumstances allow.

Ricciardo and Abiteboul engaged in a season-long best last year when they worked together at Renault, with the team boss promising he would get a tattoo of Ricciardo's choice if the Australian could finish on the podium.

With Ricciardo finishing on the podium at the Nurburgring, the bet now must be honoured by Abiteboul, who departed Renault at the end of 2020 (for unrelated reasons!)

"So with Cyril, it's basically just trying to be in the same place at the same time," Ricciardo told RacingNews365.com in an interview.

"Because I don't want to just tell him to go get a tattoo and send me a photo. I want to be there. I want to organise it all! And document it. I'll pay for it. I'll get mates rates!"

Asked about the design he's picked out for his former boss, Ricciardo said that it simply had to feature his spirit animal, the honeybadger..

"So I mean, ultimately, what I want to do is get so very, like traditional tattoo is like a pair of hands, like shaking hands," Ricciardo explained.

"So that kind of represents like the deal that we made. And it's just a cool traditional tattoo.

"And then, kind of my vision is to have like a honeybadger head, like peeking over. Just making sure that the deal got done!"