Christian Horner made it clear Red Bull are hoping Max Verstappen hasn't damaged the gearbox in his car, after he crashed out of qualifying at the Saudi Arabian GP. 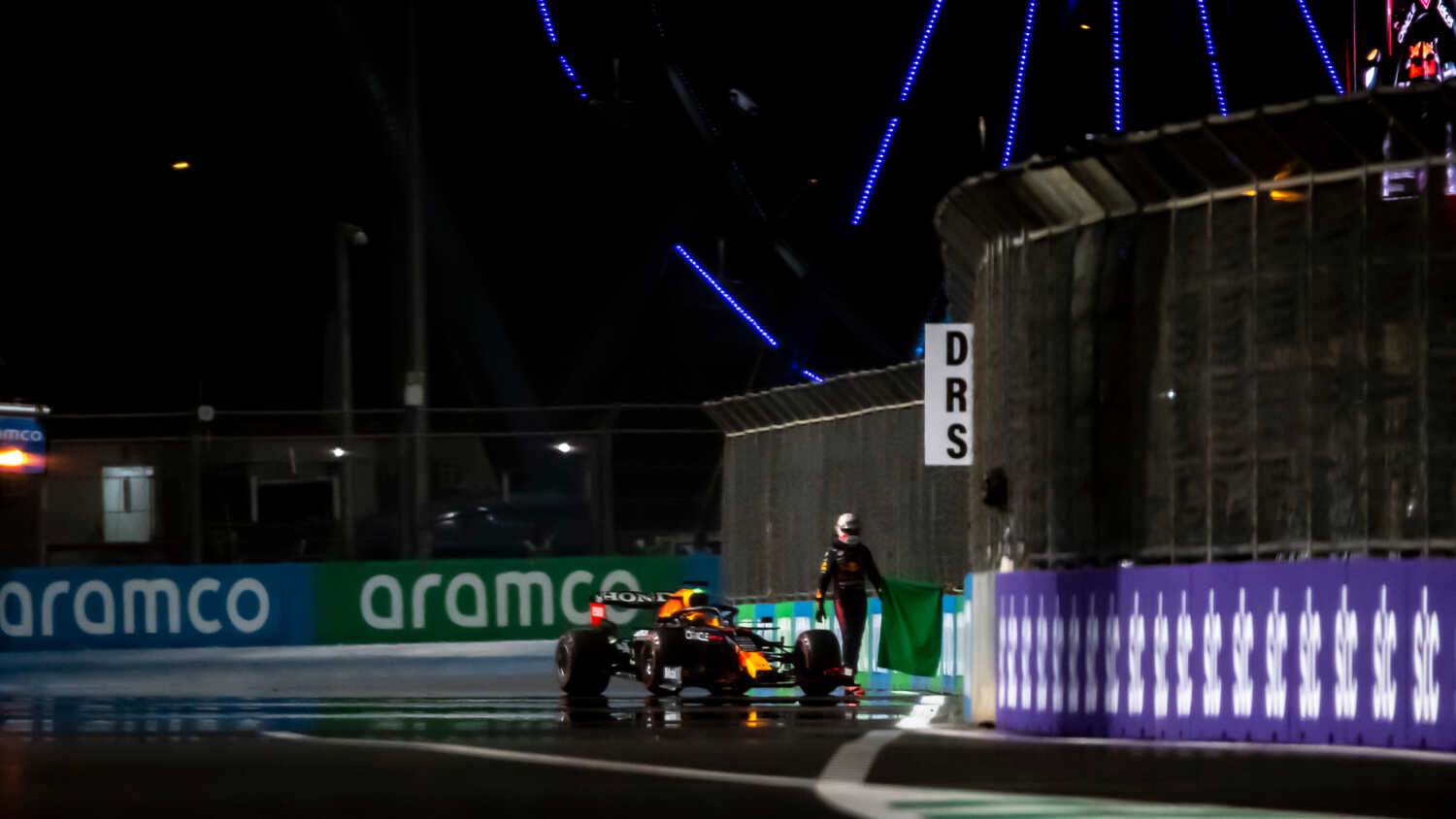 Red Bull Team Principal Christian Horner says Max Verstappen's accident at the end of qualifying for the Sauadi Arabian Grand Prix was "pretty brutal" and is hoping his gearbox is not damaged.

Verstappen was set to take pole position away from Lewis Hamilton but ran wide at the final corner and hit the wall, which may have damaged his gearbox.

If a gearbox change is needed, he will drop five grid places and start eighth rather than from the second row of the grid.

"That was looking like the lap of the year," Horner told Sky Sports. "It's a great shame. He just grabbed the front in the last corner there.

"He tried to keep the momentum because he could see on his dash that he was four-tenths of a second up going into the corner and, unfortunately, he's run out of road. [It's] pretty brutal, but let's hope his gearbox isn't damaged, and we'll see what we can do tomorrow.

"He knows what a good lap it was. He just needs to put that behind him now. He will still be third on the grid. He needs to have a good start and anything can still happen in this race."

"Verstappen was on for something special"

Verstappen initially led the early part of Q3, only for Hamilton to hit back to take pole position. The Dutchman was visibly on the limit throughout the lap, setting the fastest two splits of the weekend in Sectors 1 and 2.

Horner revealed Verstappen didn't say much on the team radio after his accident.

"He said he touched the wall and that was that," said Horner. "It was a great shame because I mean, it was a mighty, mighty lap.

"We're on the backfoot here and that was pulling something very special out of the bag. Hopefully it's not a gearbox penalty, because that would be especially brutal."