Red Bull will join Mercedes in visiting the stewards regarding the incident between Max Verstappen and Lewis Hamilton in Brazil. 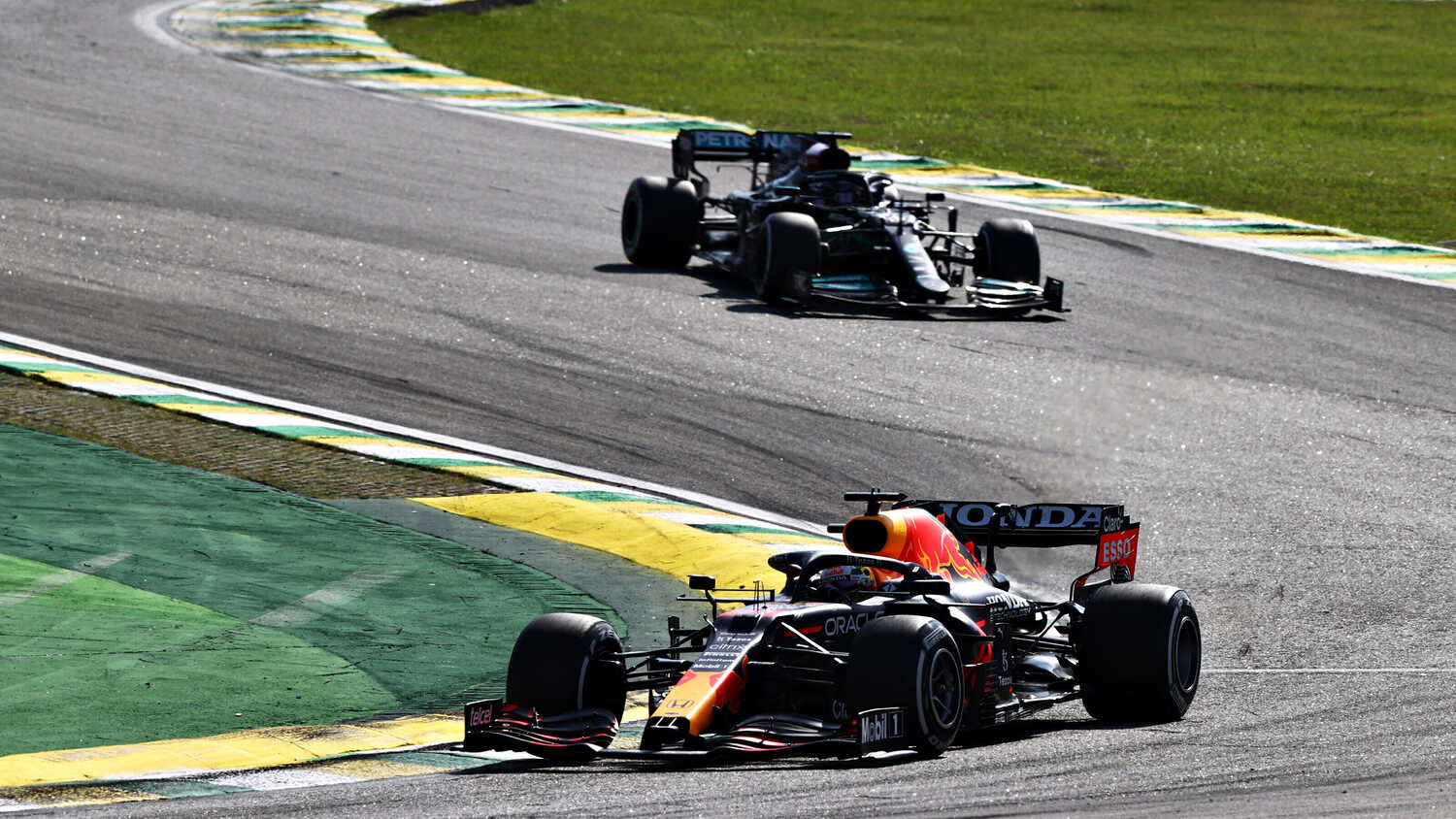 Red Bull have also been called to the stewards to discuss the latest incident involving Max Verstappen and Lewis Hamilton at the Brazilian Grand Prix.

Verstappen and Hamilton went wheel-to-wheel for victory in the closing stages of last weekend's race, with Verstappen initially putting up a robust defence at Turn 4. After both drivers ran off the track, the incident was noted by the stewards, but they ultimately decided against taking any further action.

However, missing footage from Verstappen's onboard camera was released earlier in the week and, as they are entitled to do so, Mercedes requested a right of review, which will be heard by the stewards at 17:00 local time (14:00 UK time) in Qatar on Thursday.

Representatives from both Mercedes and Red Bull will be present for the meeting.

"In accordance with Art. 14 of the International Sporting Code (ISC), and following the petition for review by Mercedes-AMG Petronas F1 Team, lodged on 16 November 2021, the Team Manager and such witnesses as the Competitor may request, up to three, are invited to appear via video conference at 17:00 hrs Local (Qatar) on Thursday, 18 November 2021," read a note from the stewards, matching what had been sent to Mercedes.

"In accordance with Art. 14 ISC, this hearing is to determine whether the Right of Review exists in this case, ie whether 'a significant and relevant new element is discovered which was unavailable to the parties seeking the review at the time of the decision concerned'."

Could Verstappen receive a penalty?

In order to trigger a full review, Mercedes must present a significant and relevant new element that wasn't available for consideration by the stewards at the time of the decision, with the stewards then accepting this new element as relevant to the investigation.

Verstappen currently leads Hamilton by 14 points in the Drivers' standings.